Architectural Emporium converted 125sqm office space for £15k including furniture, kitchen, bathroom, flooring and decoration. Spending was kept to a minimum. The space has subsequently inspired numerous projects as clients are inspired by its very affordable style. AE have moved to the former Everyman rehearsal space in an industrial building on Hope St. AE secured the space and established a series of friendly sharing tenants including a web and marketing company, a graphic designer, fashion designer and structural engineer. The space was transformed with affordable materials such as sheathing ply arranged in a full sheet herringbone pattern. The space, known as the ‘green room’ was redecorated with the sprinkler system and doors highlighted in green. A new kitchen and shower was fitted and an internal office was converted to a private meeting room. Two further meeting rooms are loosely defined within the main space by low level storage units. They also form separation between companies. Full sheet sheathing ply desks are raised up on raw steel square hollow section frames. The light and airy space is ideal for collaborative and creative work with all companies working together on various projects. 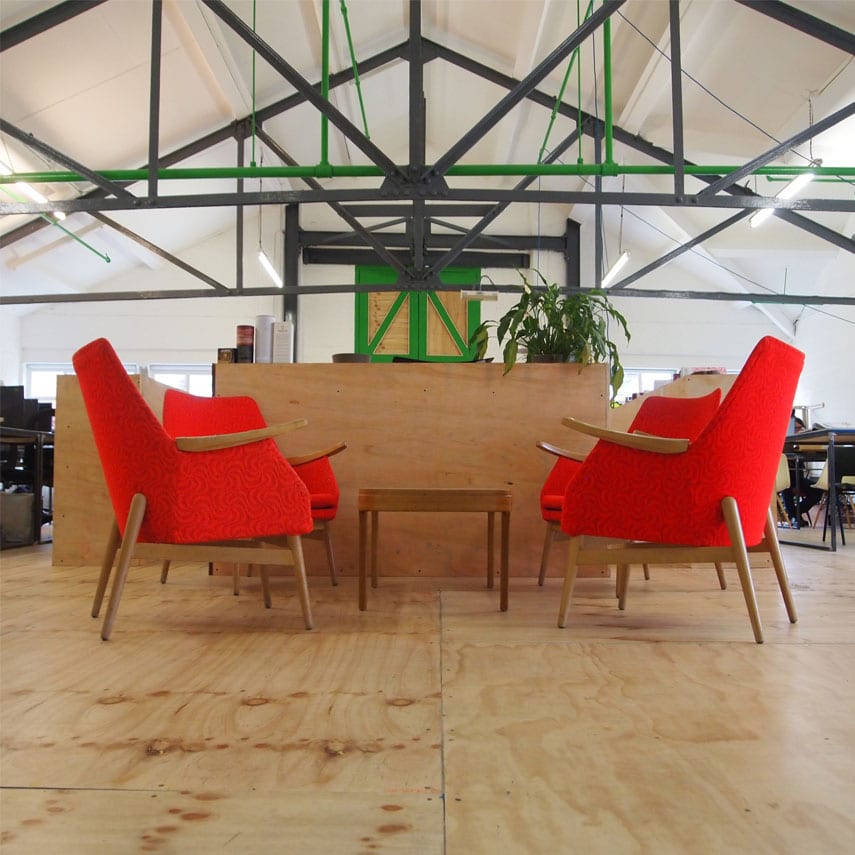 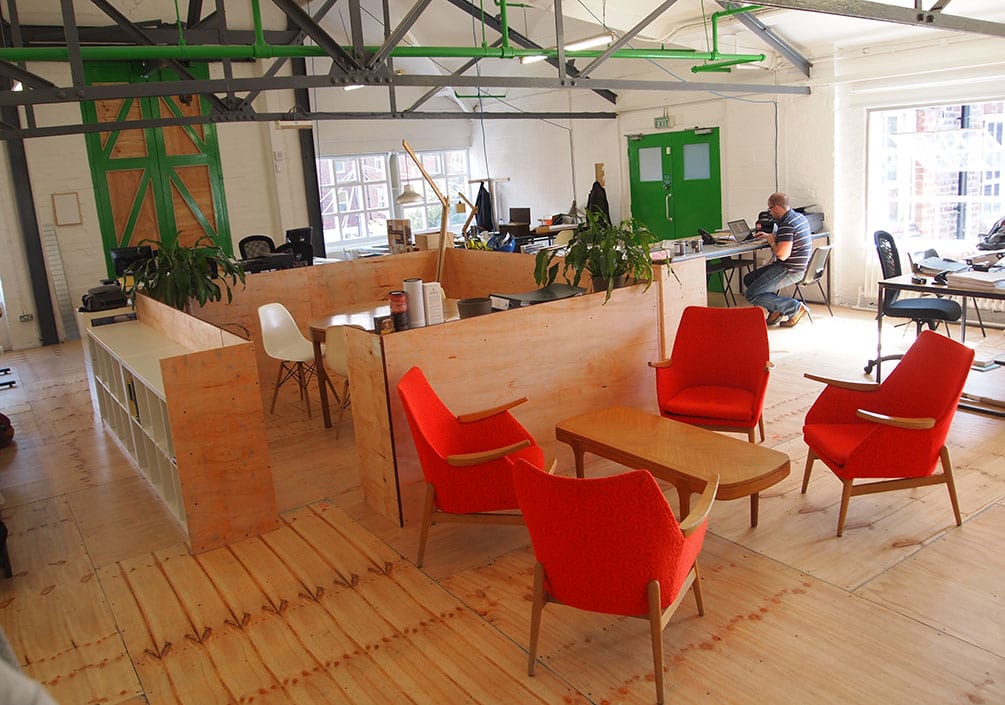 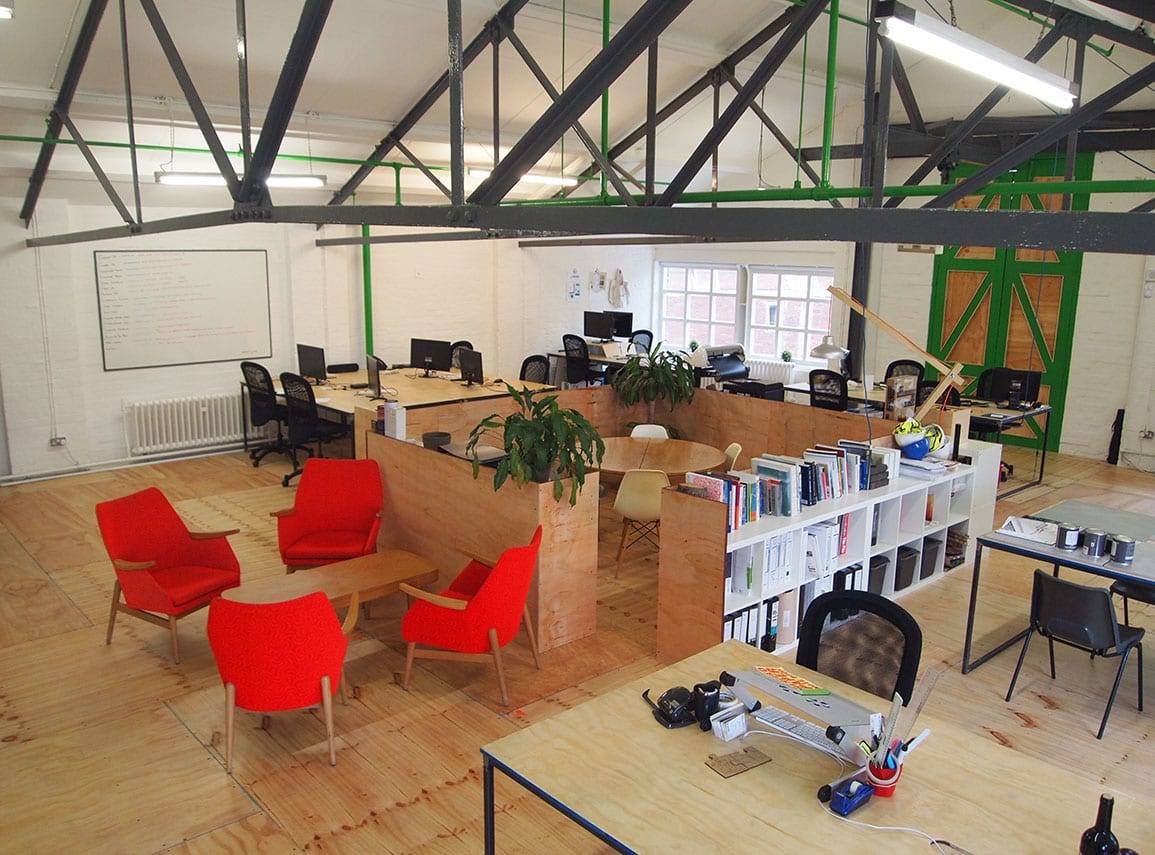 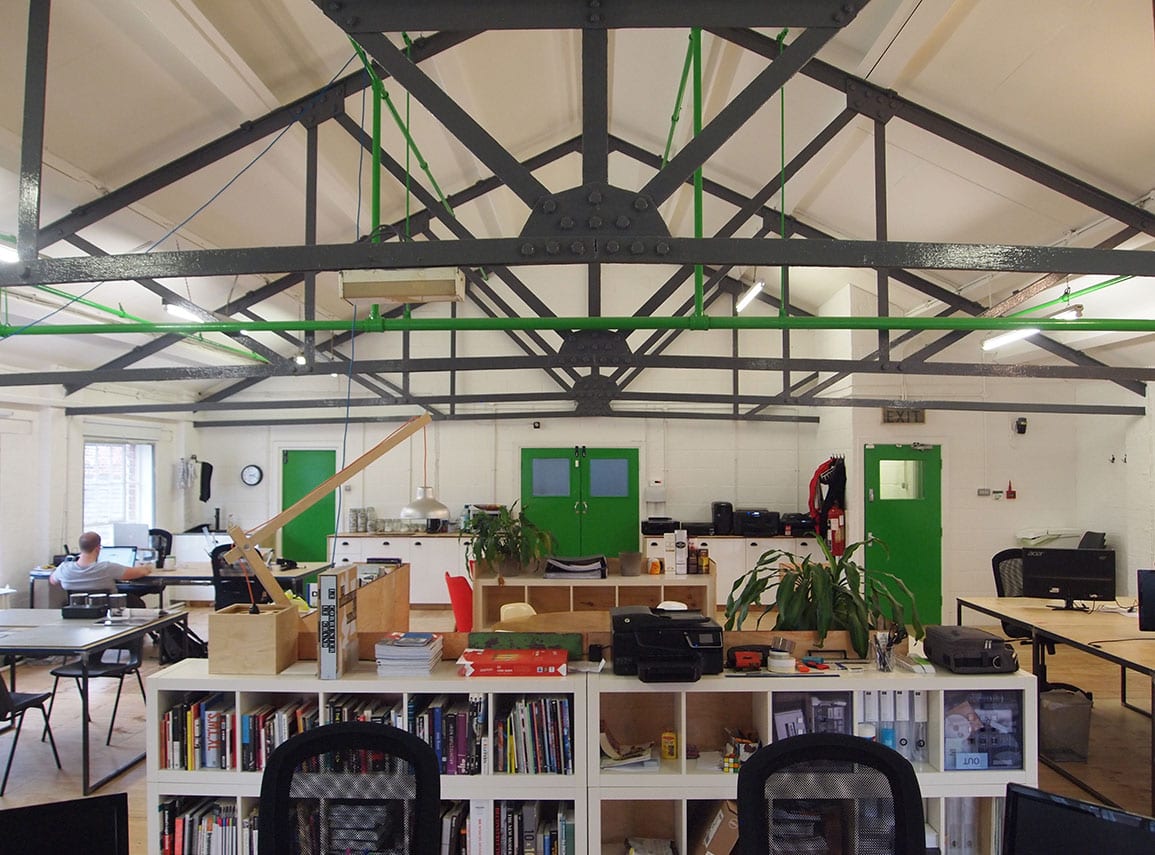 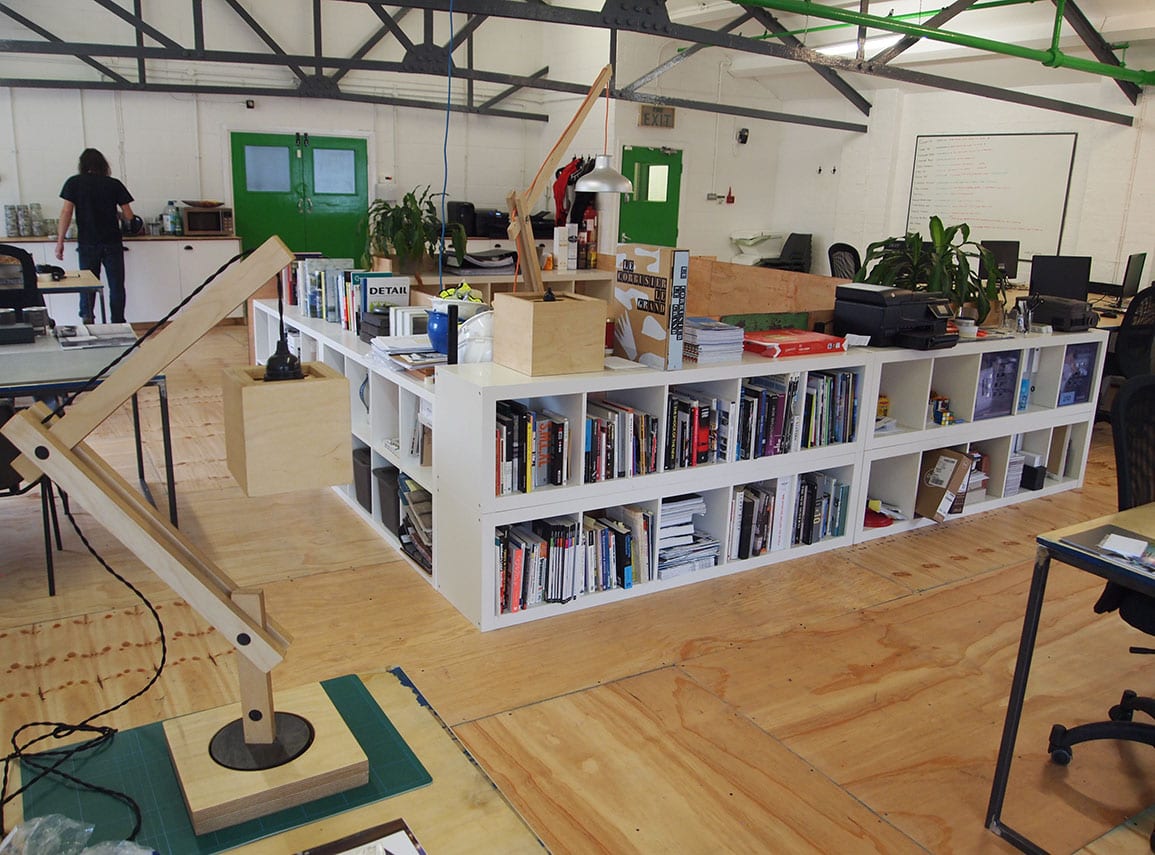 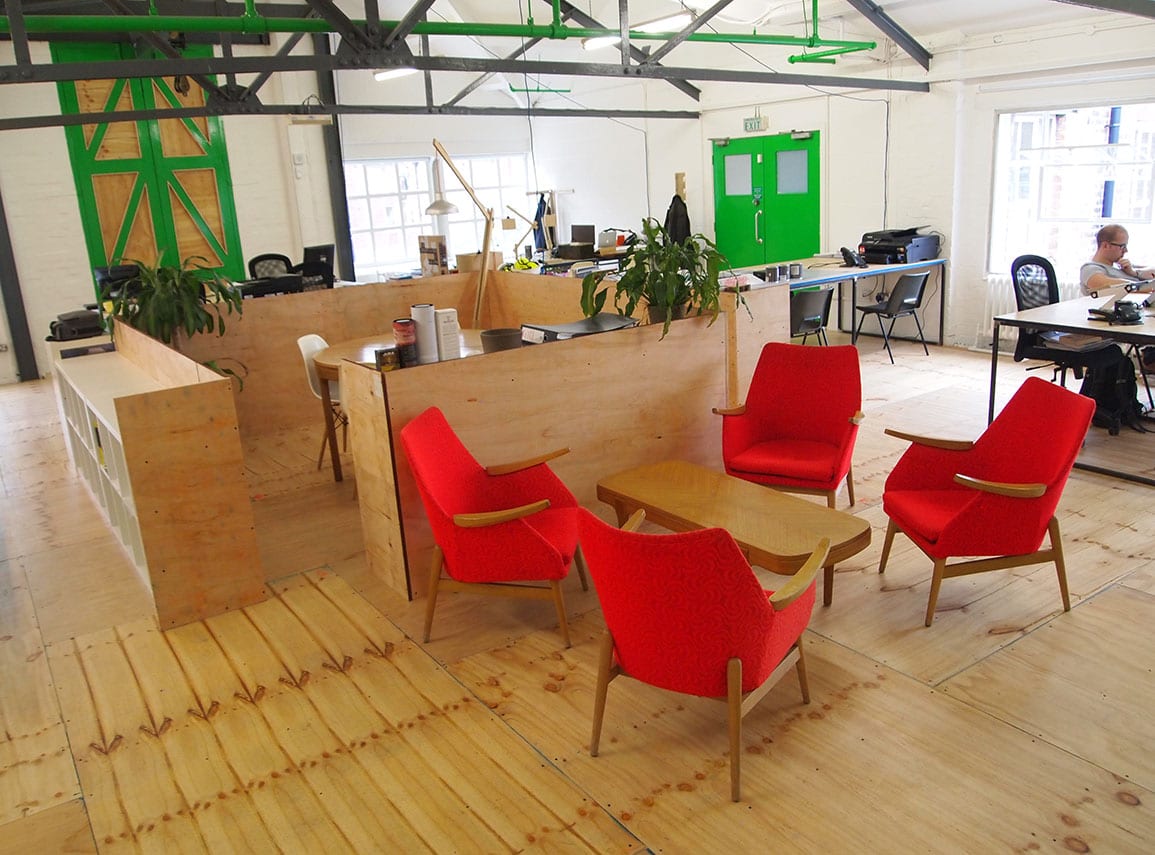 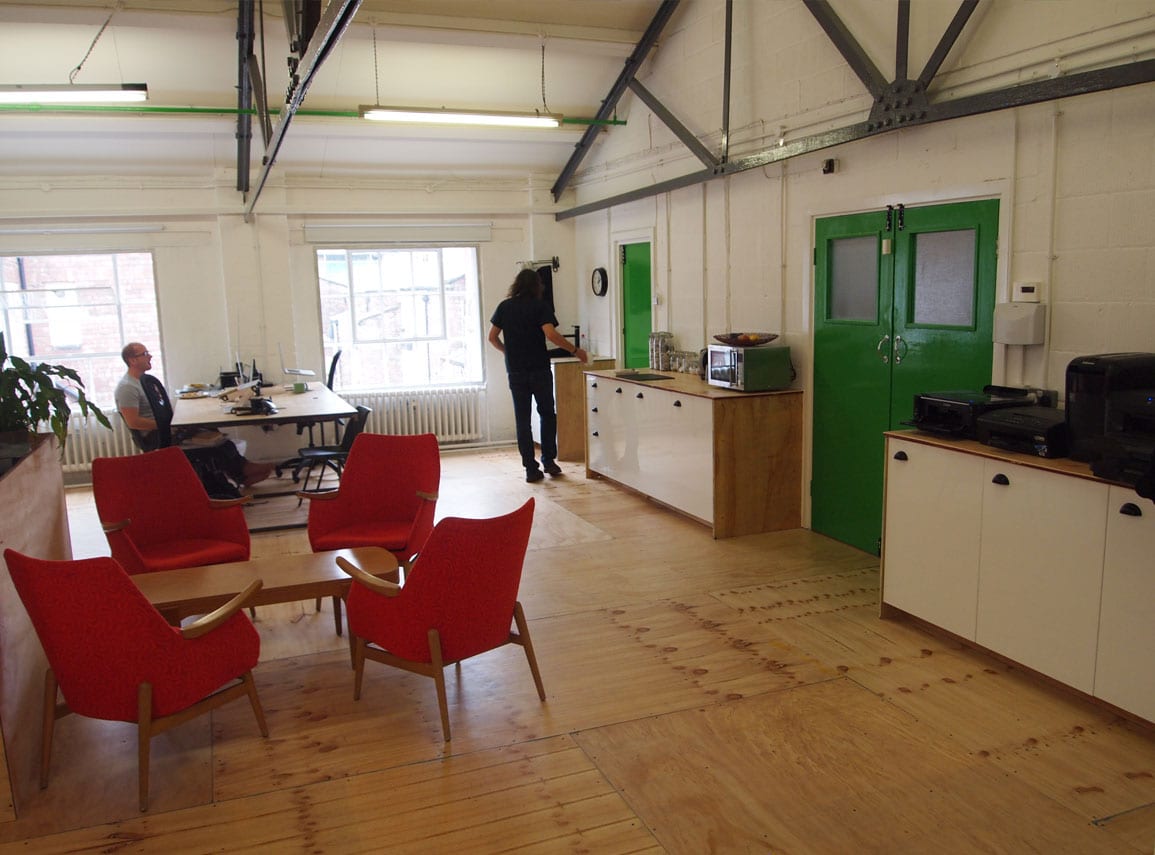 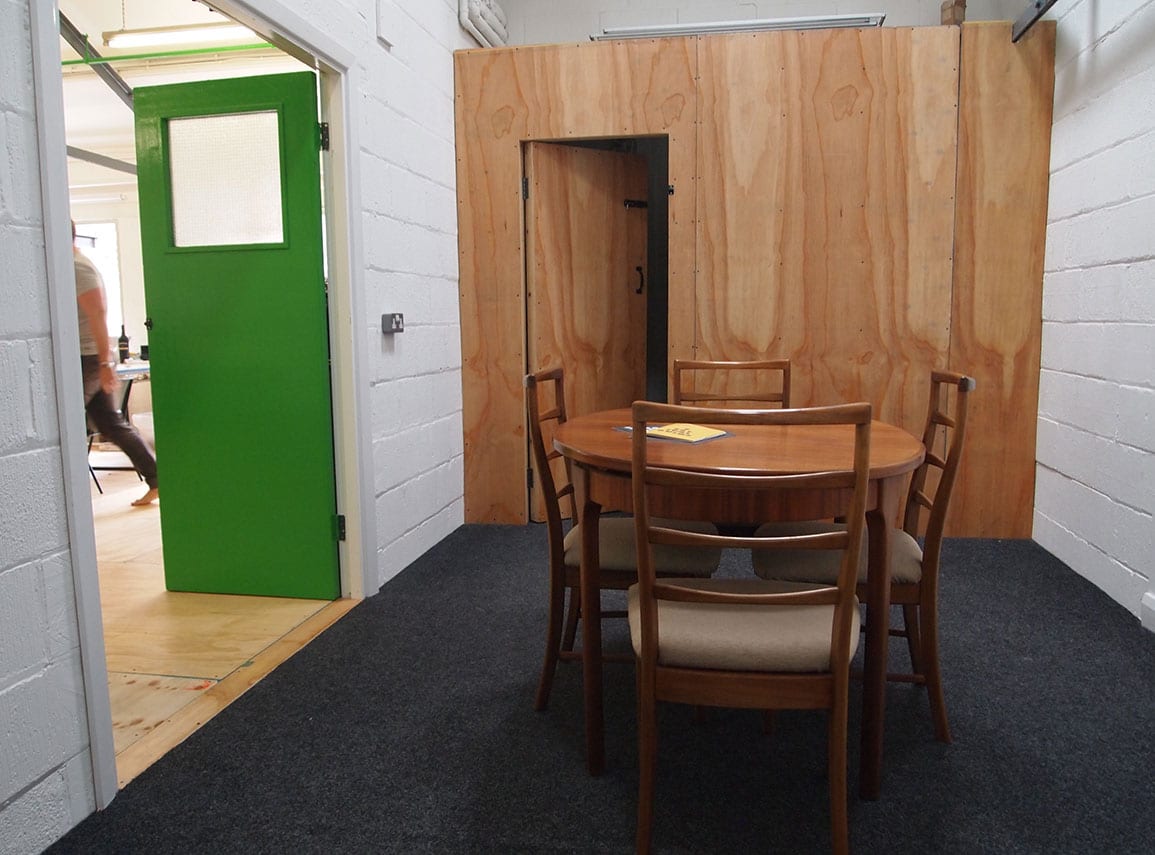 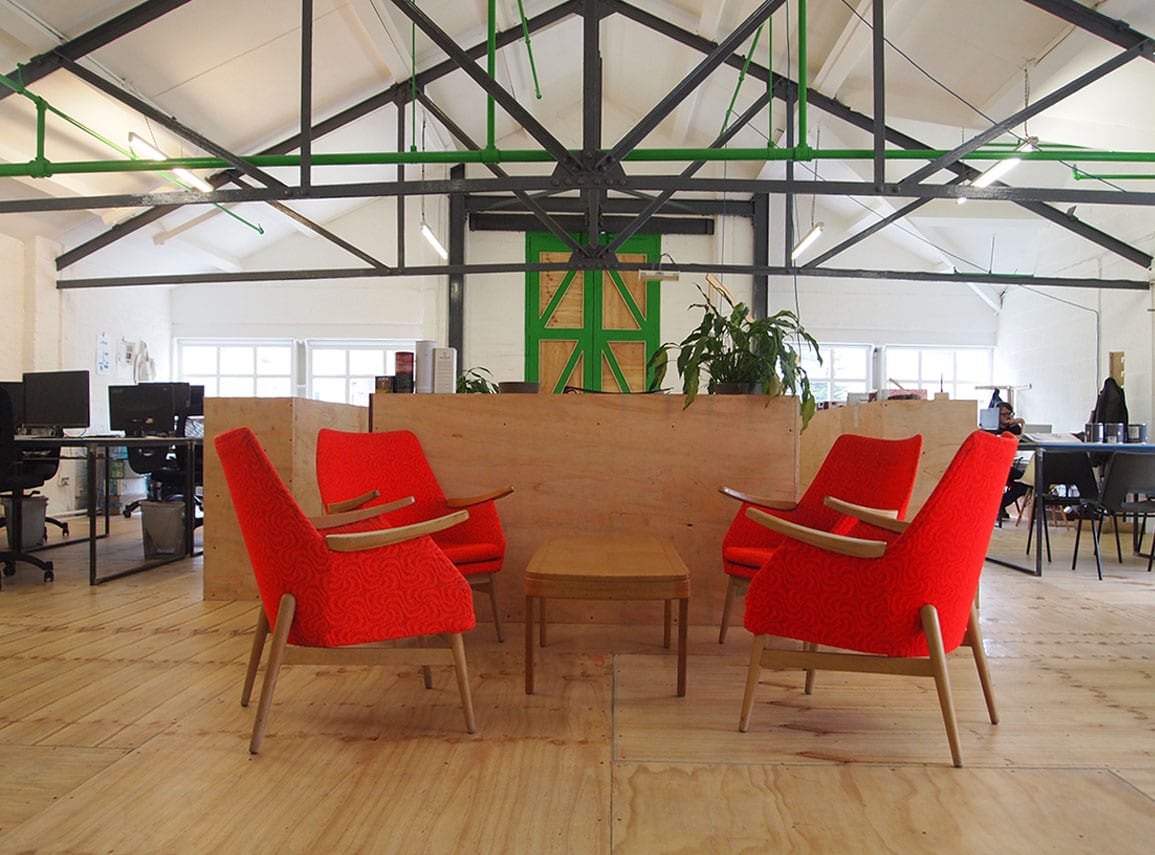 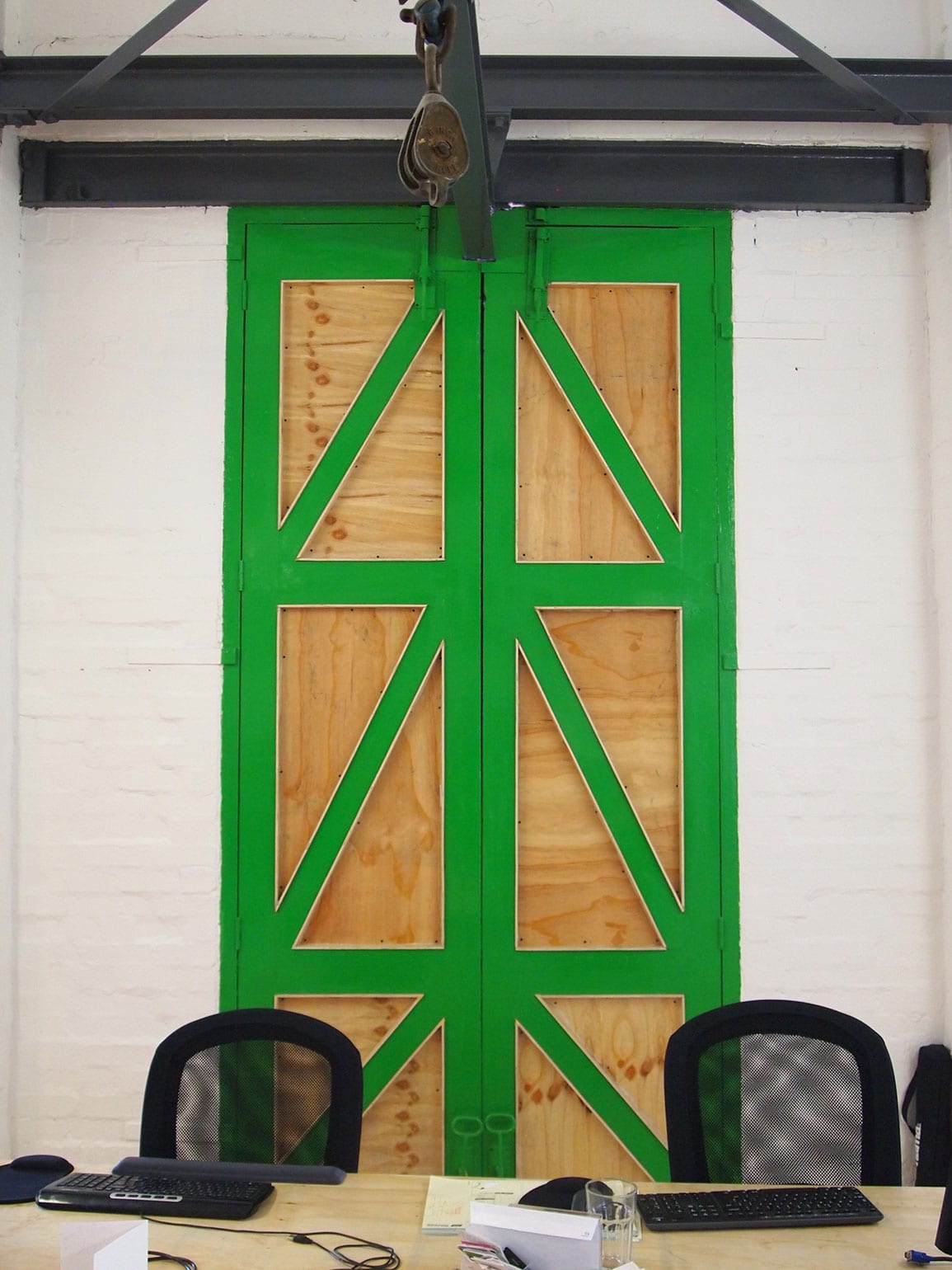 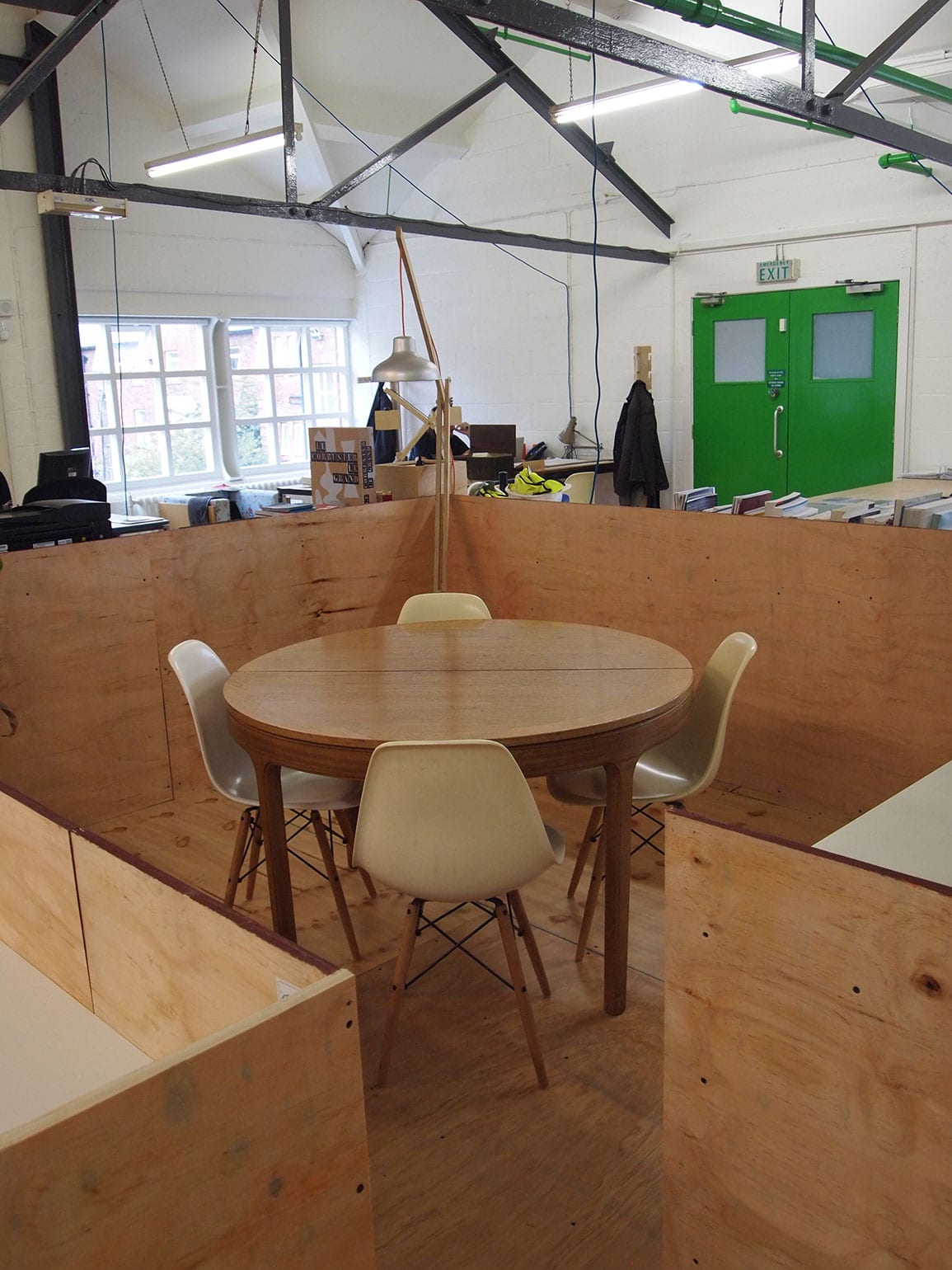