Set within a former Pen Factory and more recently the offices of the Everyman Theatre, Architectural Emporium has transformed a basement to create a new Bar and Restaurant with a sheltered courtyard. The project involved some large scale enabling works with new concrete floors installed to improve access, deliveries, waste processing and to create a sunken courtyard that floods the space with natural light. An illuminated link now runs between Hope St and Arrad St unifying the different spaces. The project involved the reuse of existing materials and reclaimed or found objects to create an informal environment that feels timeless. Our client, Paddy Byrne operated the former Everyman Bistro, so certain elements such as wall niches were borrowed from the old space to provide some continuation. Although they have been reinterpreted as seating niches. Church pews were dismantled to create the bar top and the fixed seating. New Crittal style windows and doors were installed to echo the existing openings. Breeze blocks were laid flat internally to create a wall and externally in a parquet pattern to create paved areas. Existing walls were dismantled and relocated to create the space. Full sheet plywood floor and ply table tops help to soften the space. Reclaimed pendants are used internally, with angle poise lamps set within the windows to replicate the daytime natural light source at night. 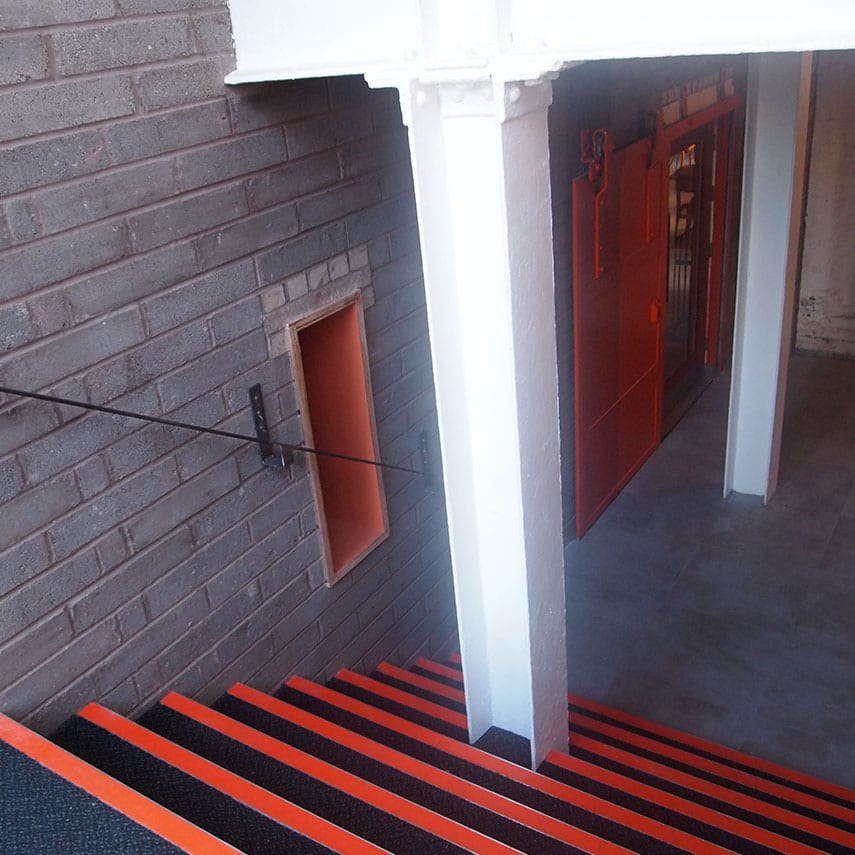 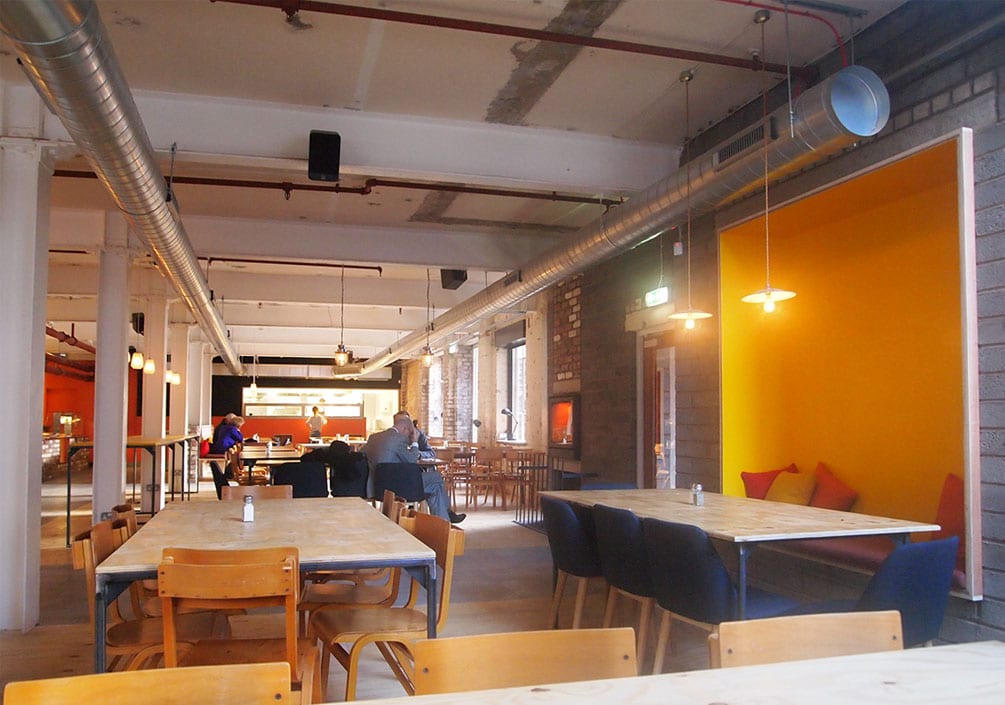 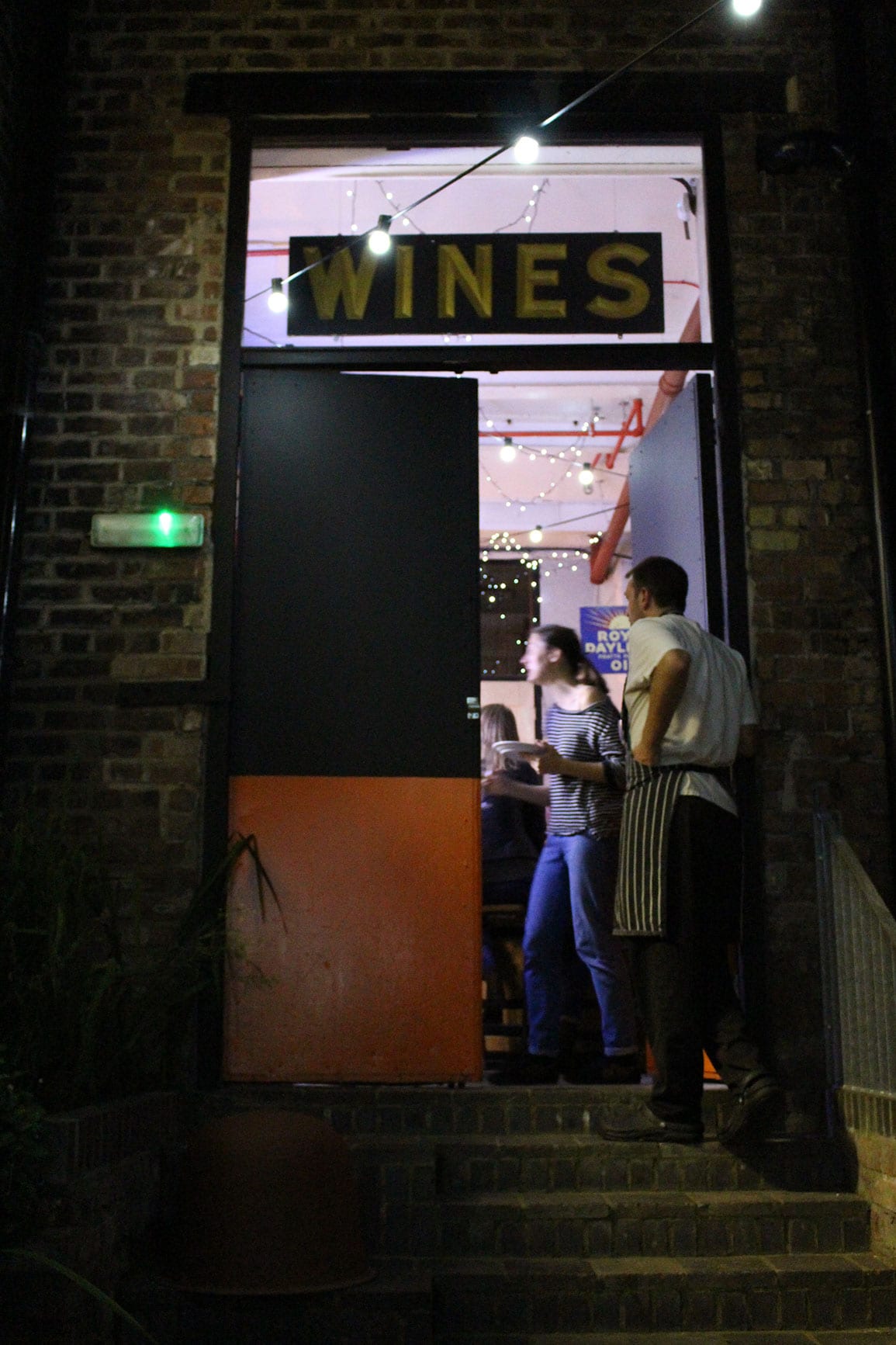 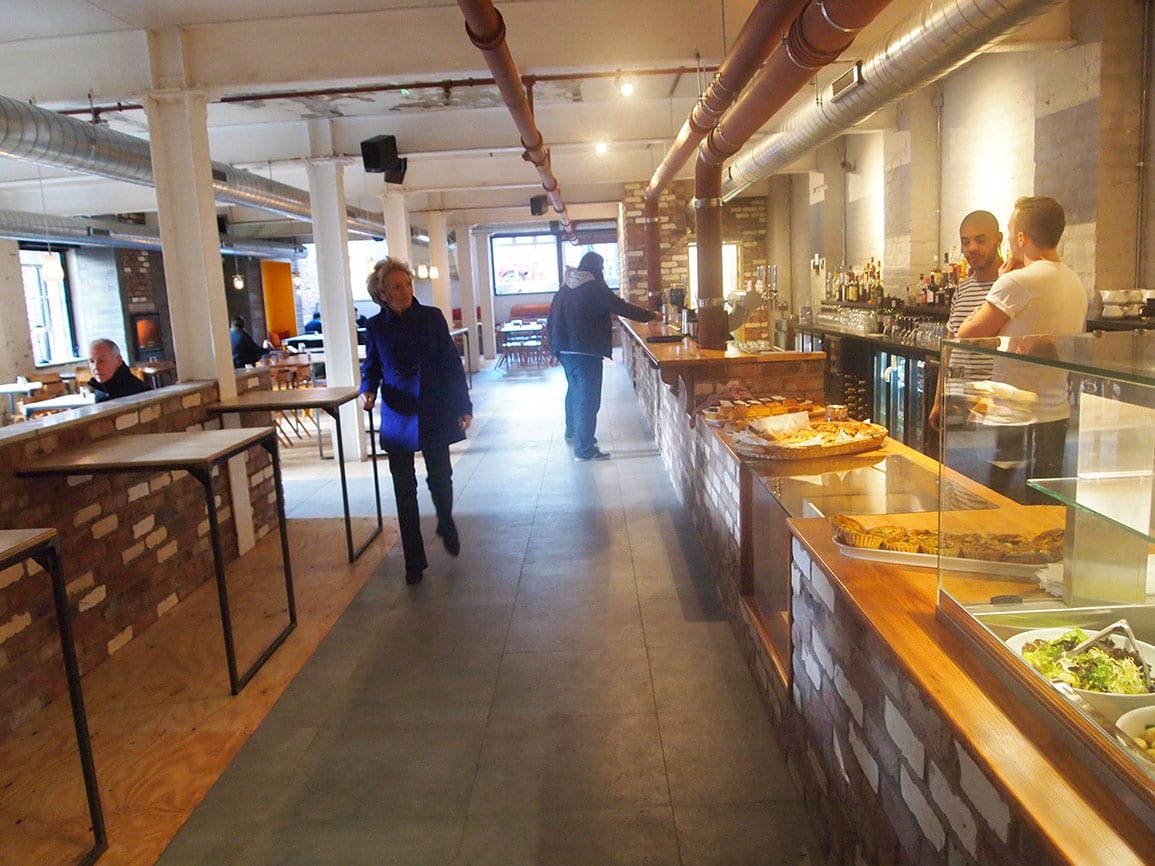 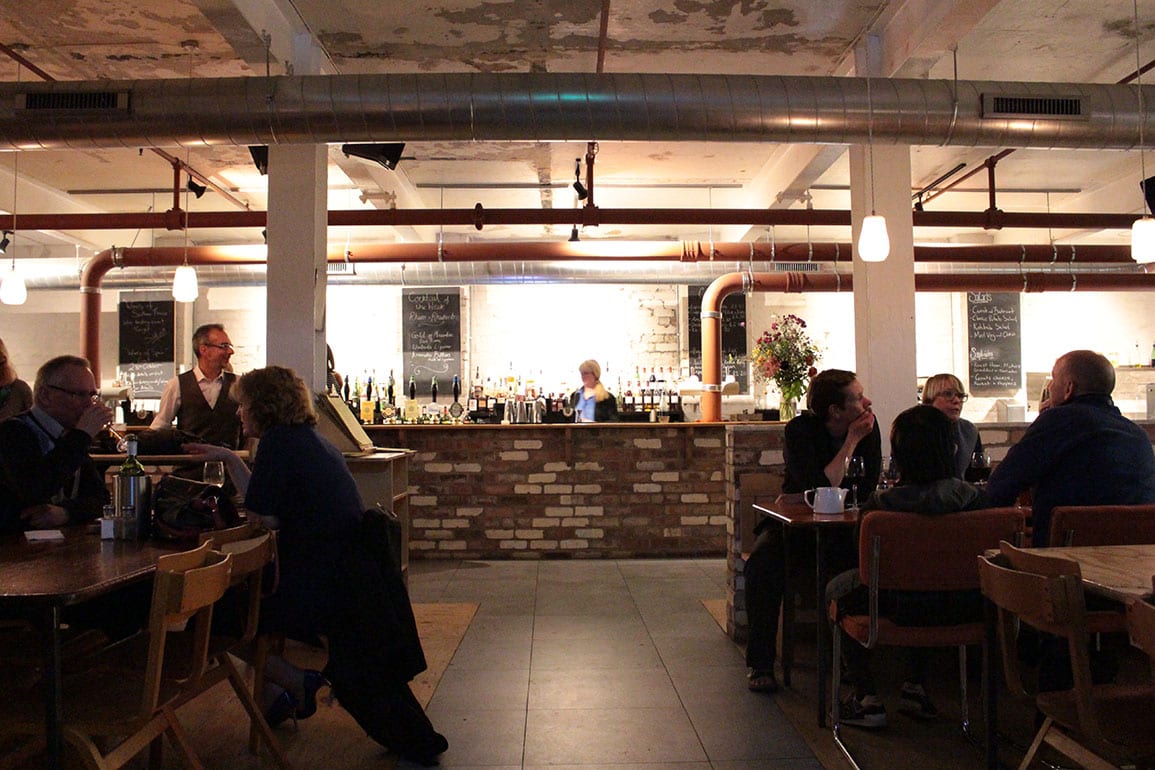 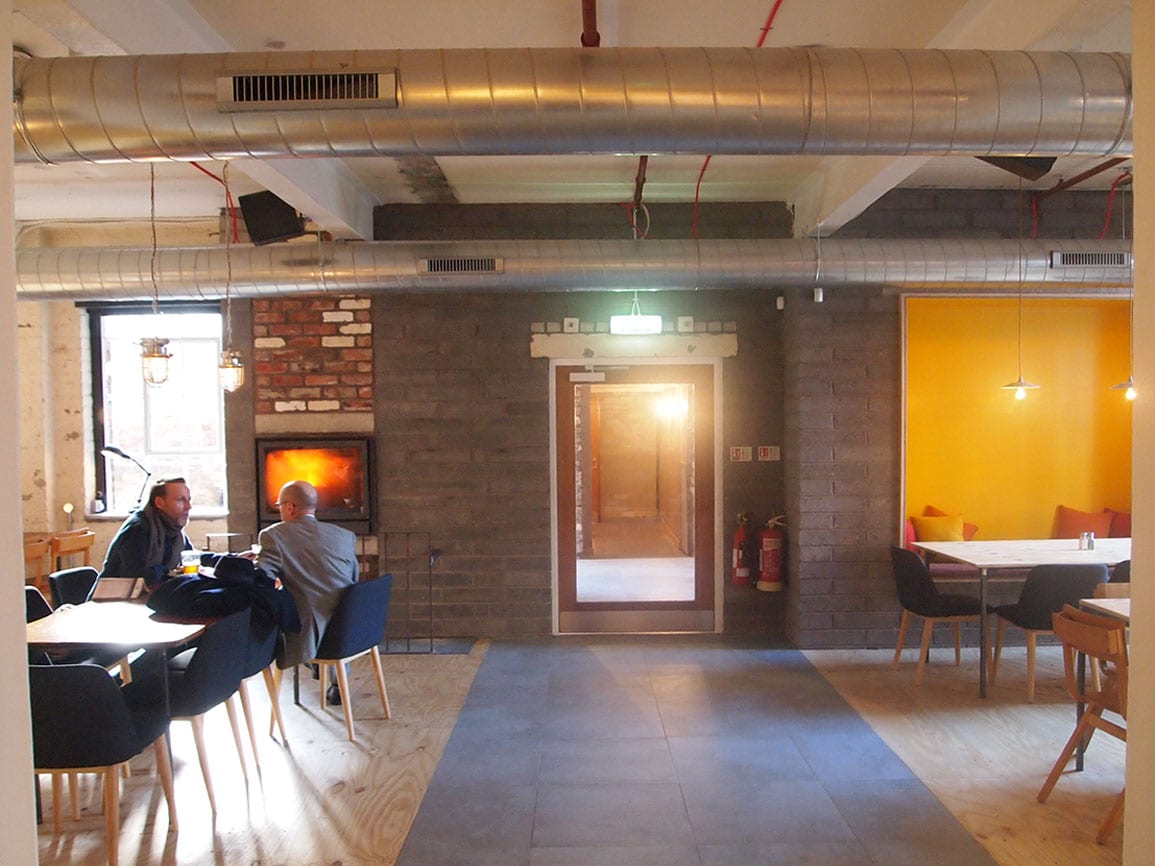 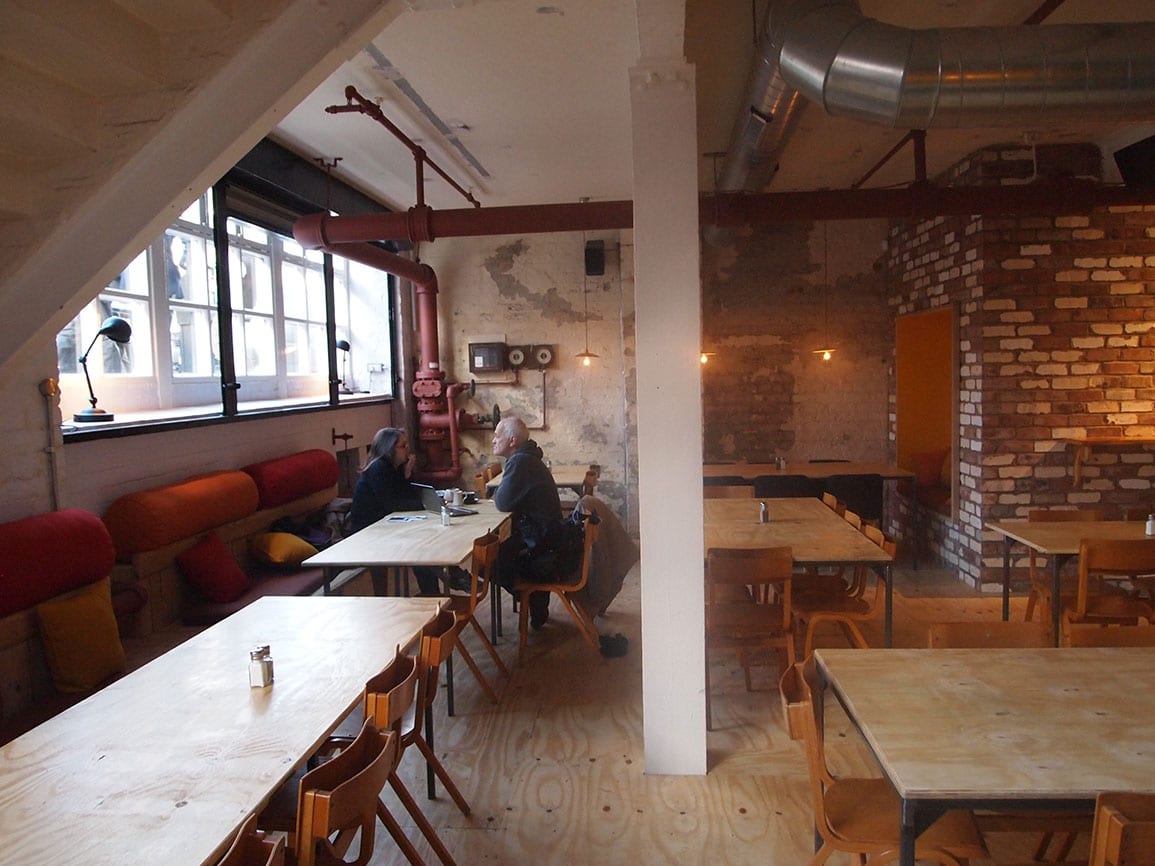 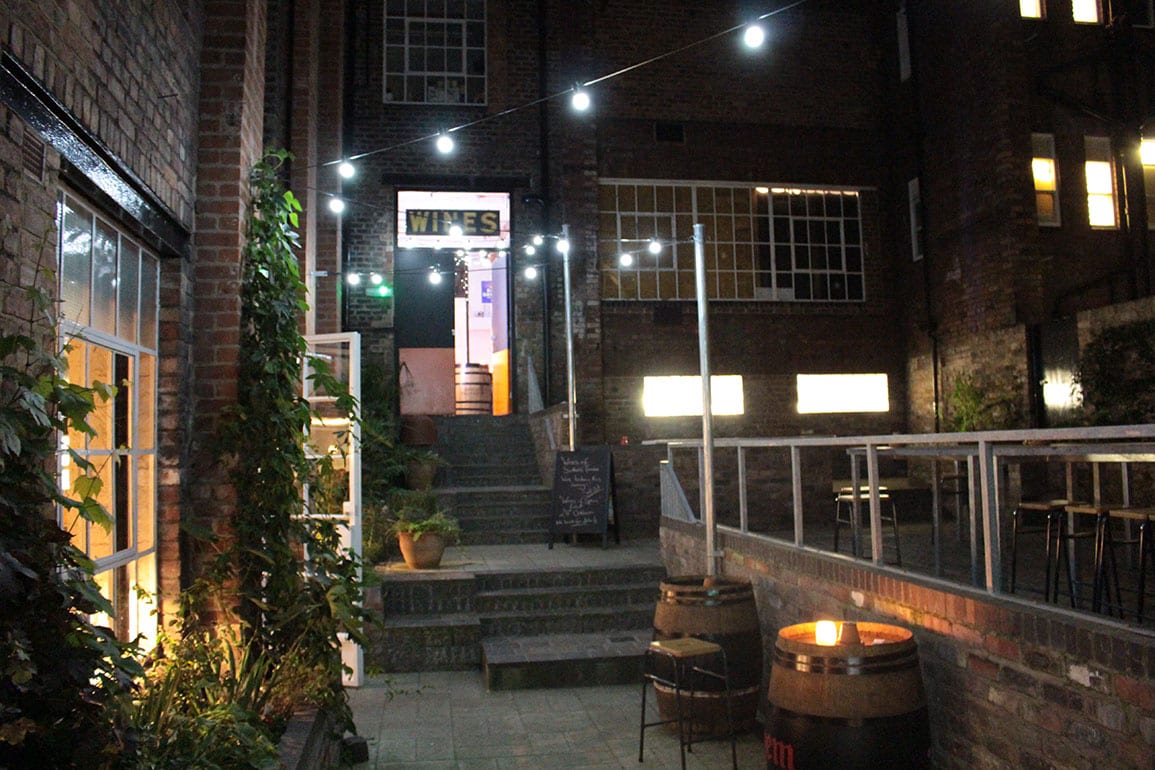 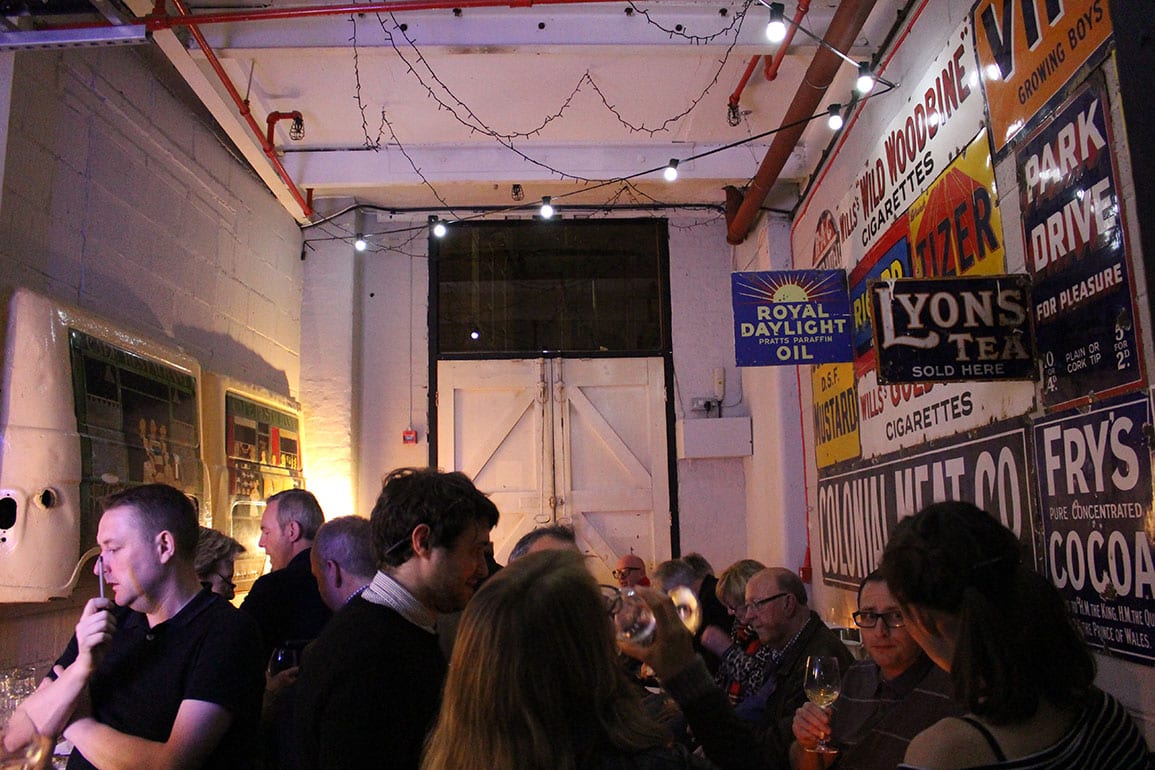 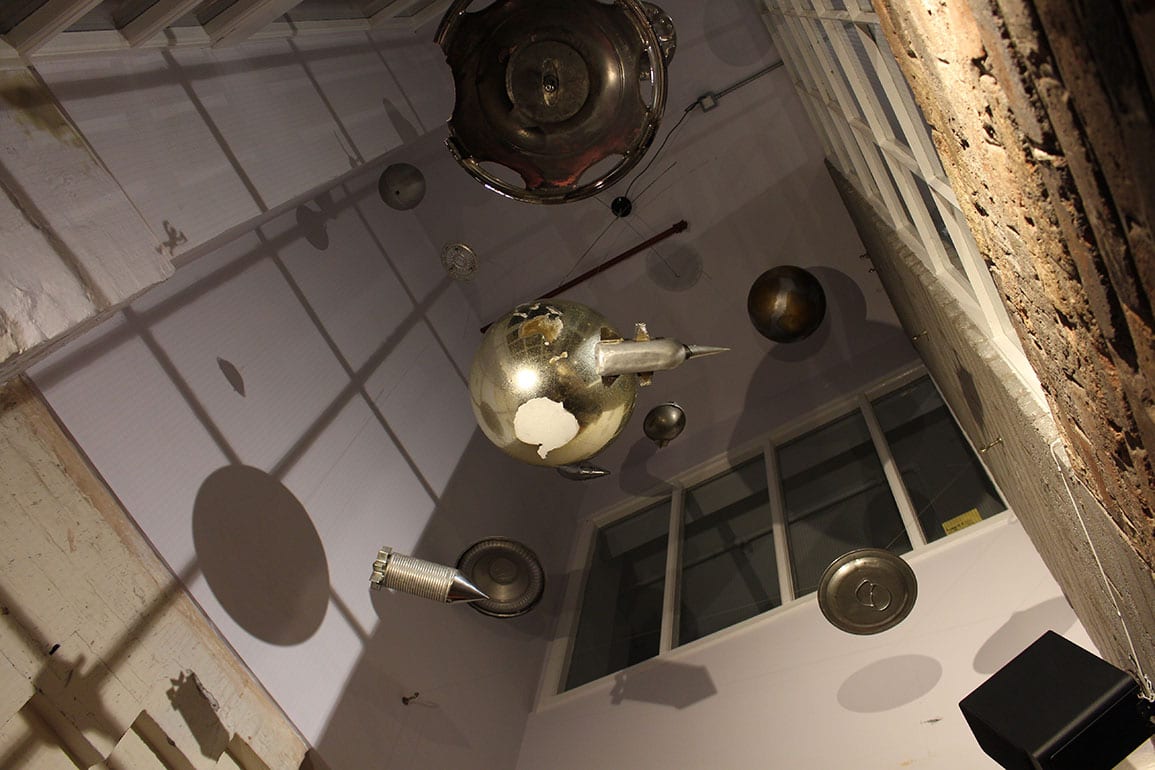 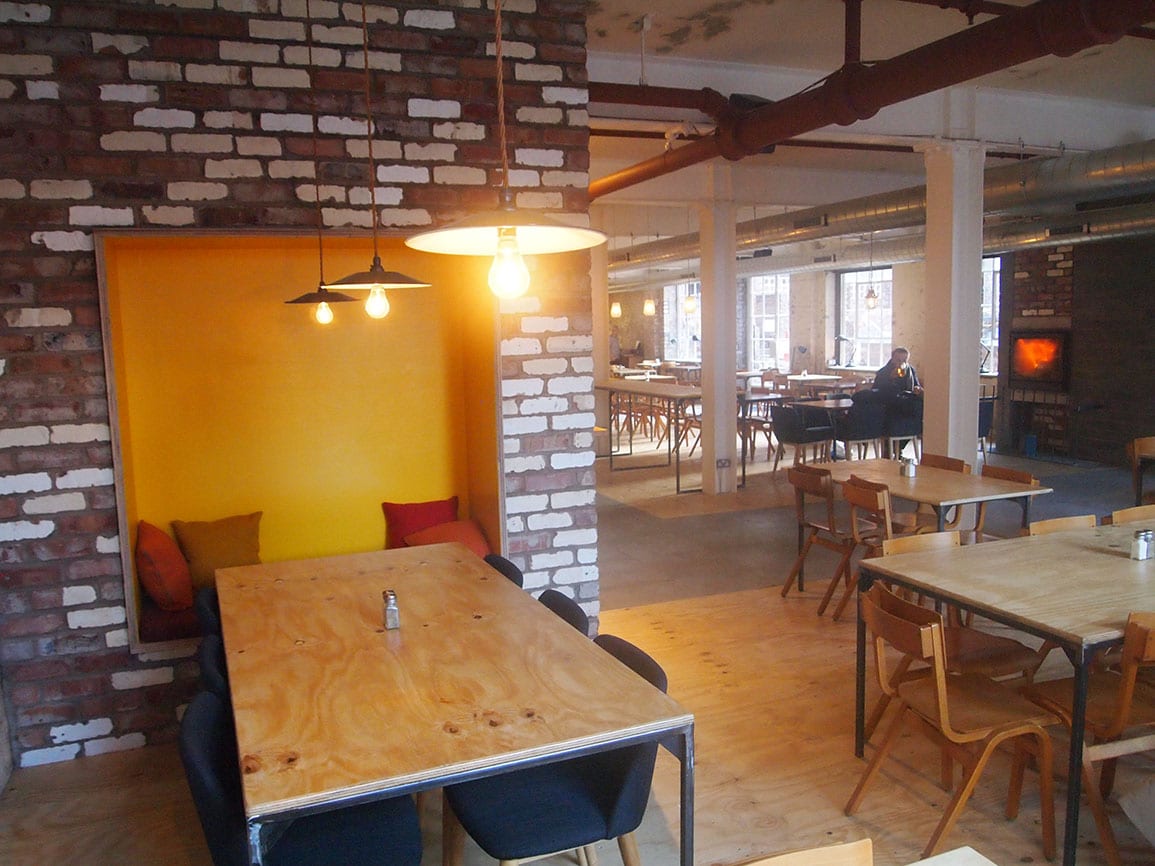 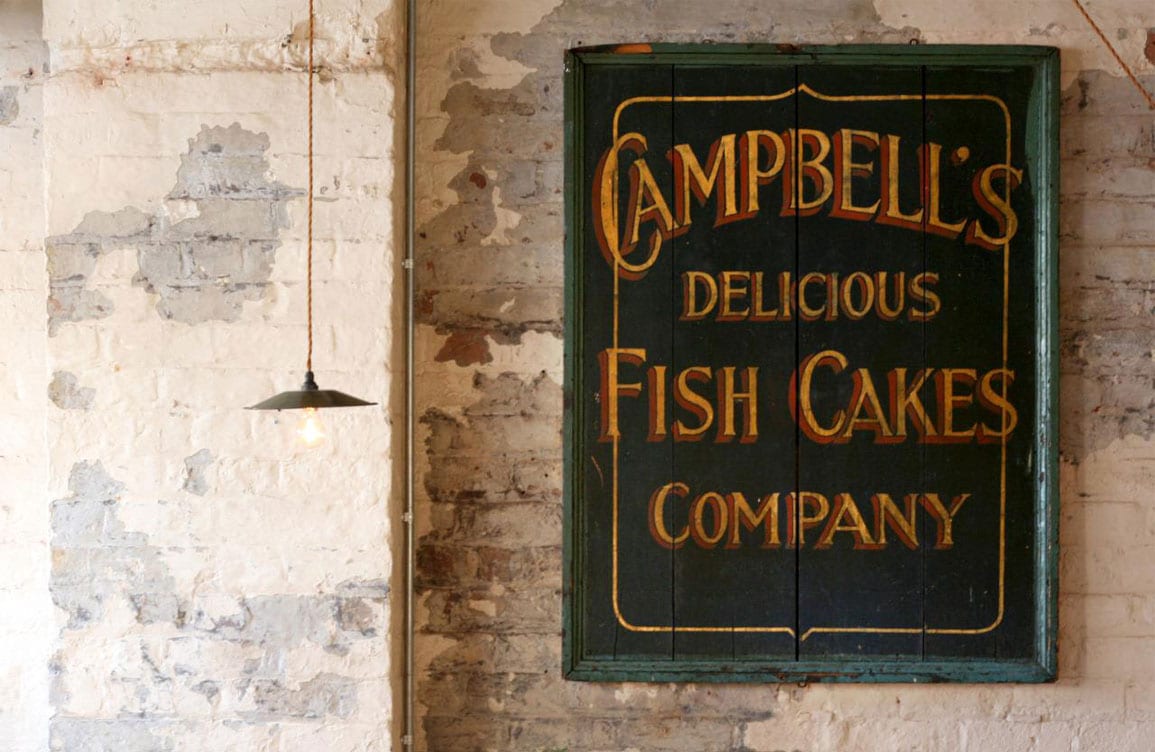 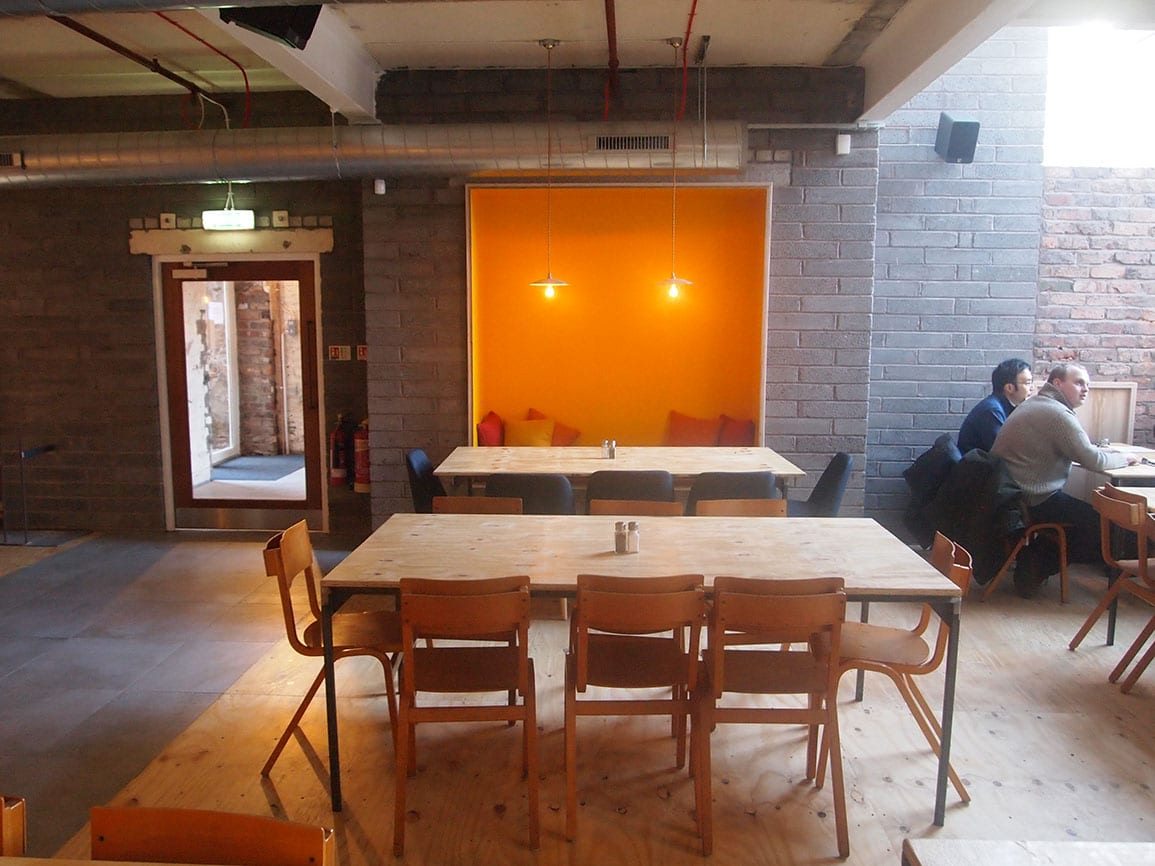 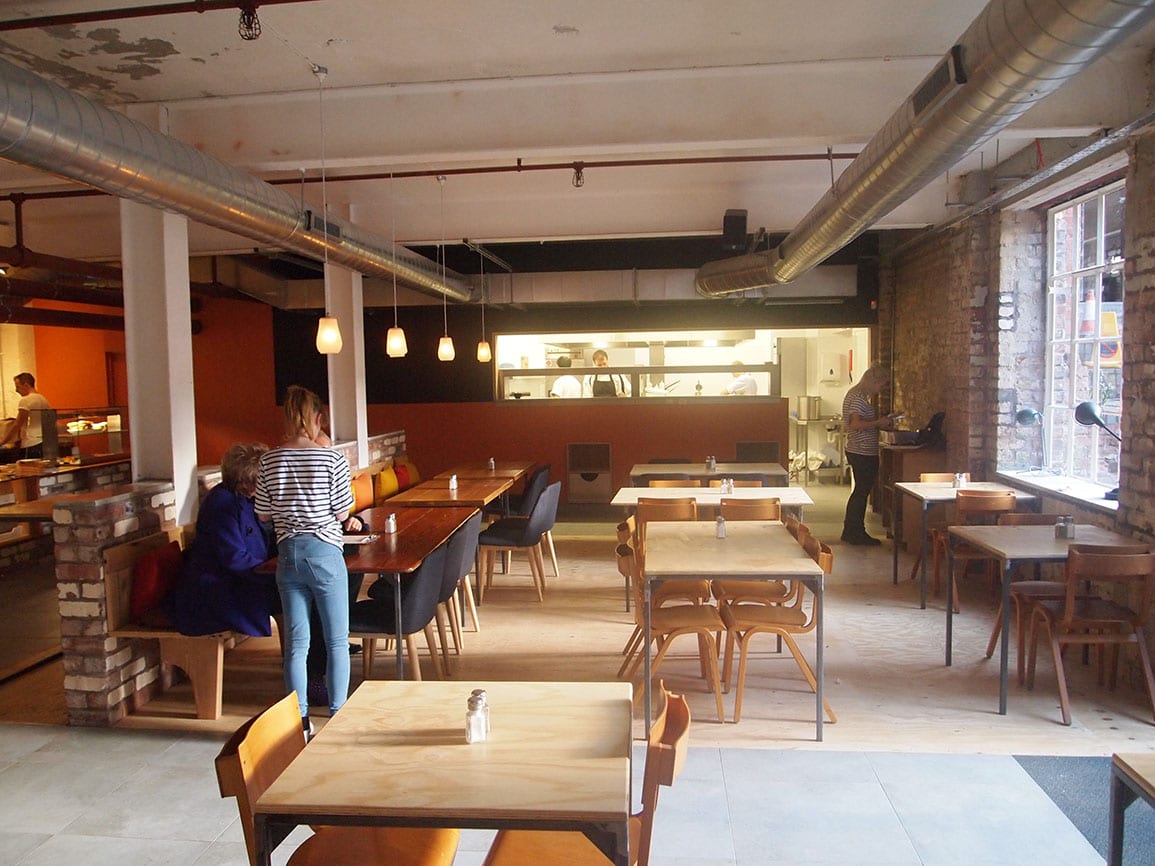 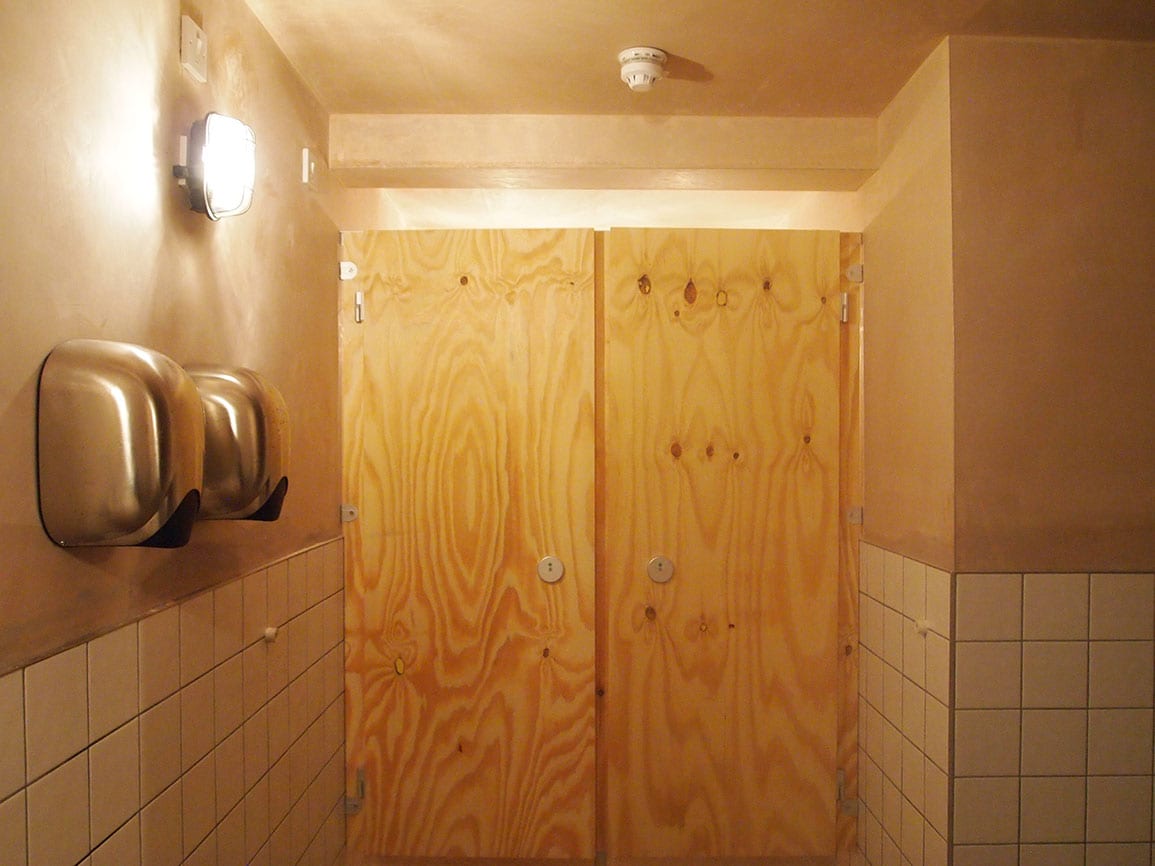 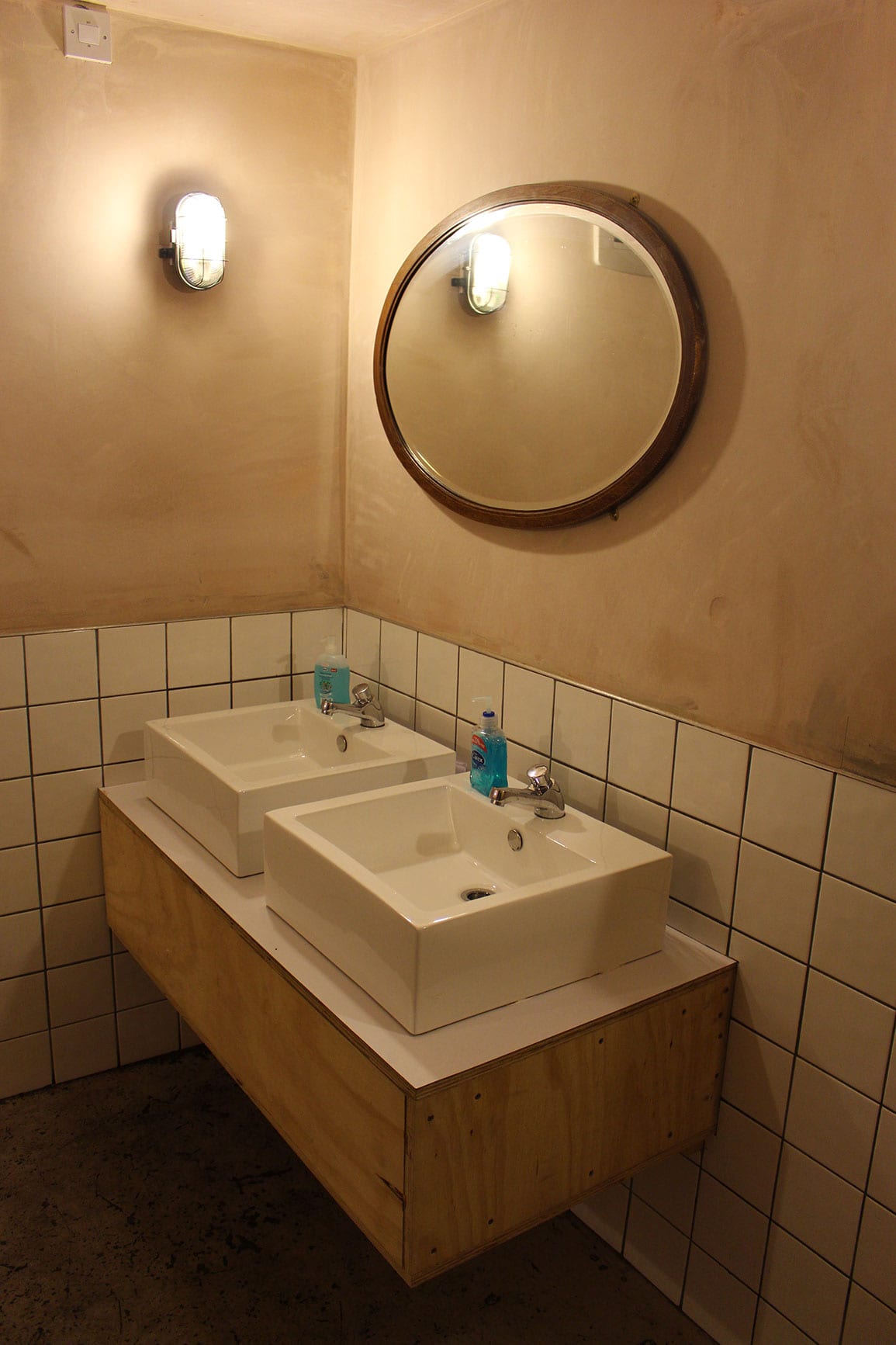 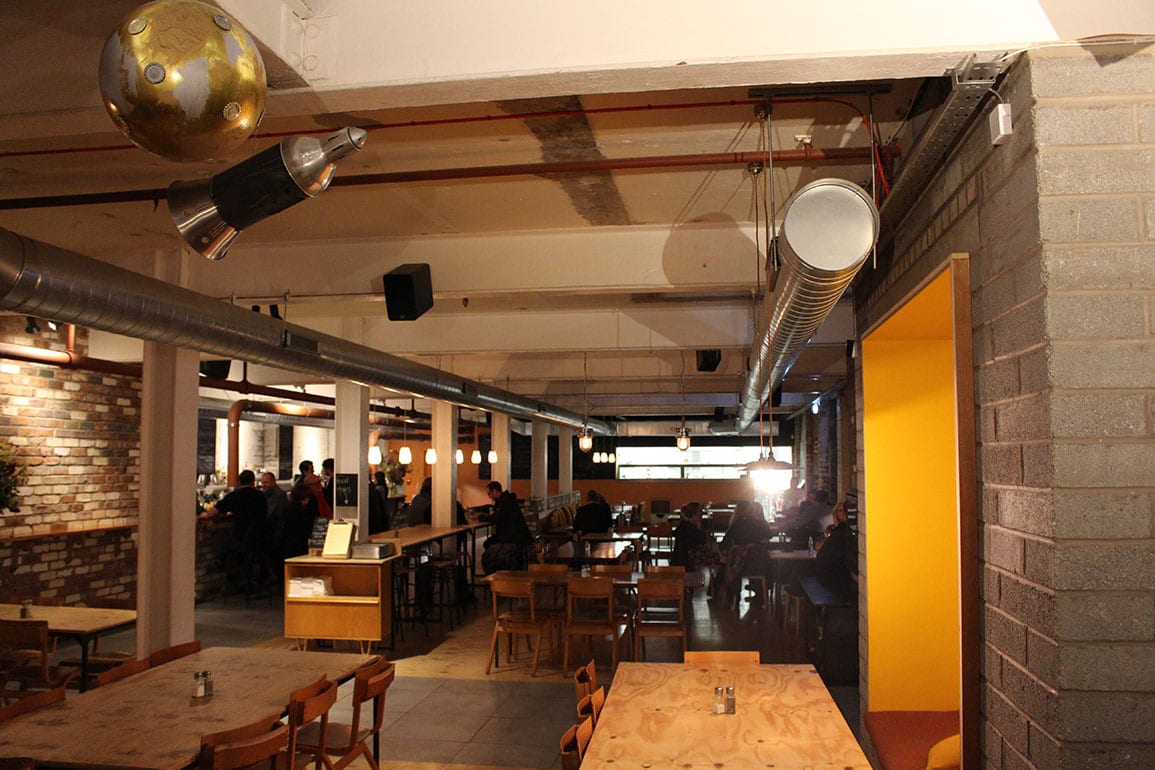 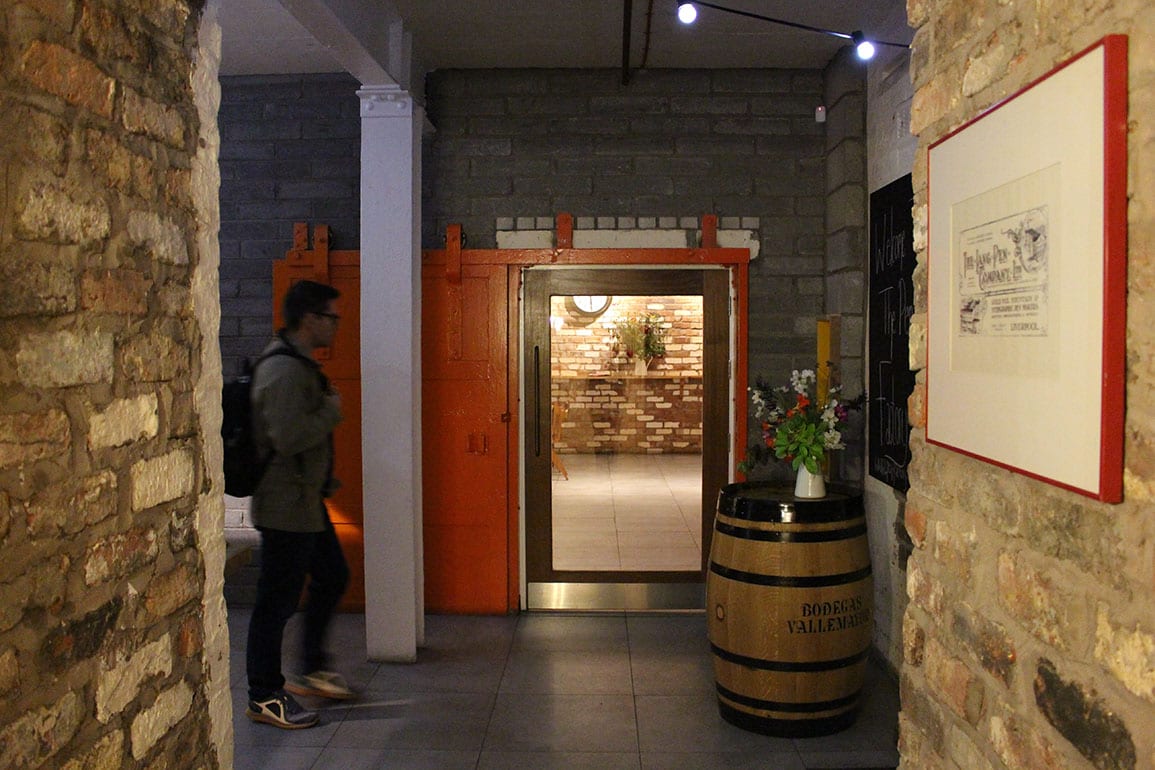 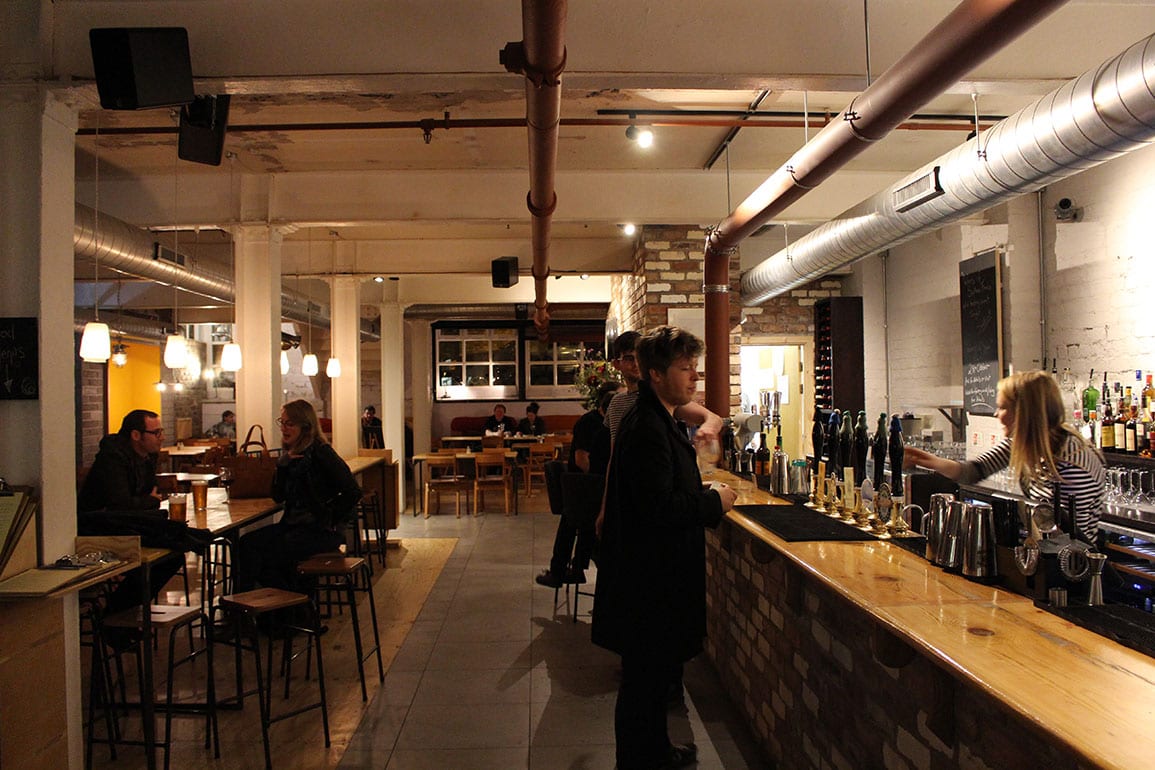 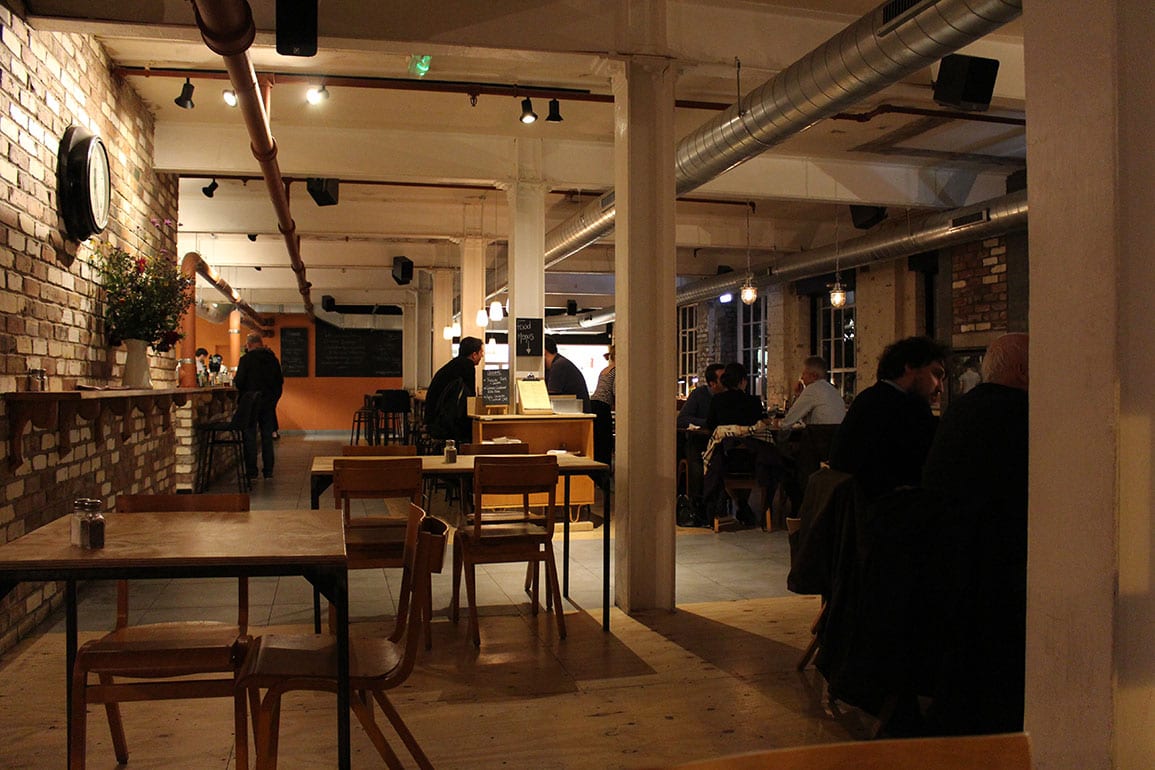