Situated on Mossley Hill, the existing semi detached property benefitted from views over south Liverpool. It has been unusually converted with a rooftop Japanese inspired bathroom set within a flat lock welt copper dormer. The bathroom adjoins a dressing room set within the eaves of the existing room. This removes the requirement for bedroom based storage. A fourth bedroom is added where the bathroom was positioned on the first floor and the front two bedrooms have had their ceilings removed with the pitch of the existing roof expressed internally. This adds a greater sense of space and character to the bedroom and snug. Chimney brickwork previously concealed within the loft and behind fitted wardrobes has been restored and exposed. A new stringerless pine staircase links the first and second floors. As the property is situated on a hill, internal steps mediate between the front portion of the house and the garden. The steps form a trunk and bench for the dining area. A new kitchen, dining room, downstairs WC and utility comprise the rear and side extension. A terrazzo floor and dark marble worktops add texture and colour to the kitchen. A bespoke steel island acts as a dresser and servery. Brass knobs lift the kitchen. Sepele doors and windows link the inside and outside. The extension is again clad in copper, but with standing seams. The blockwork walls are exposed beneath the copper and form a patio laid in a parquet pattern. Works are planned to the gardens and to create a new porch. 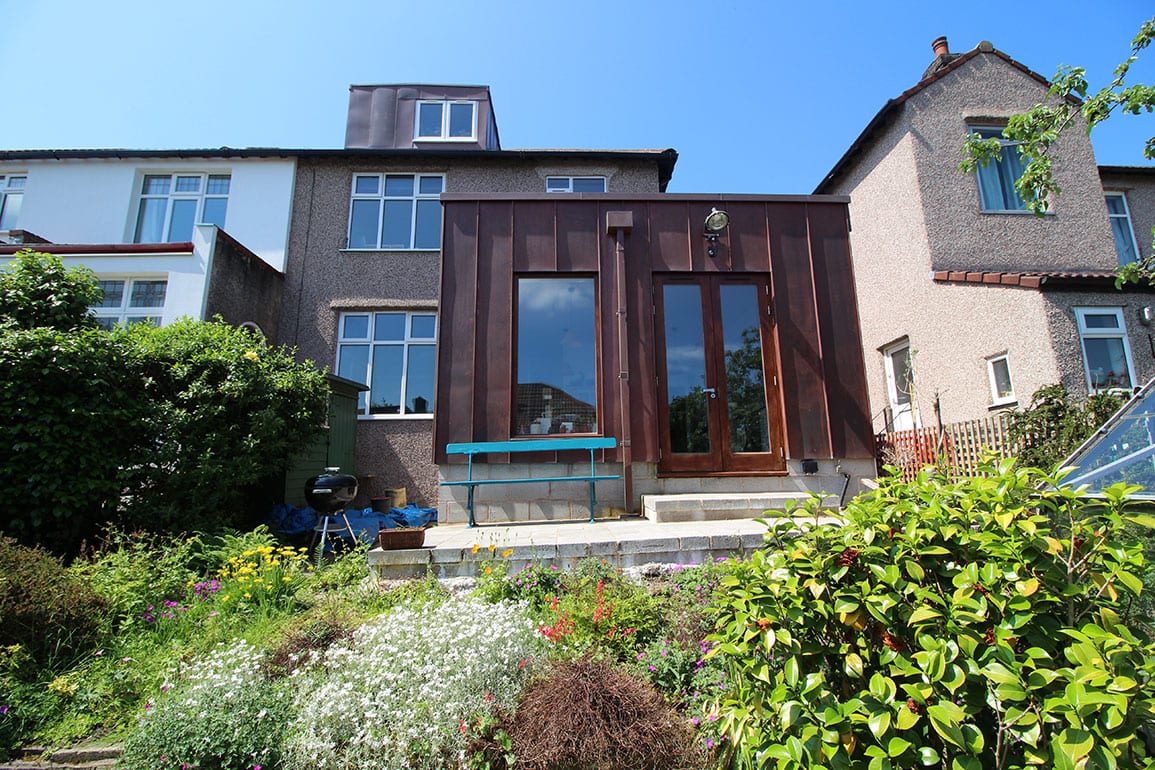 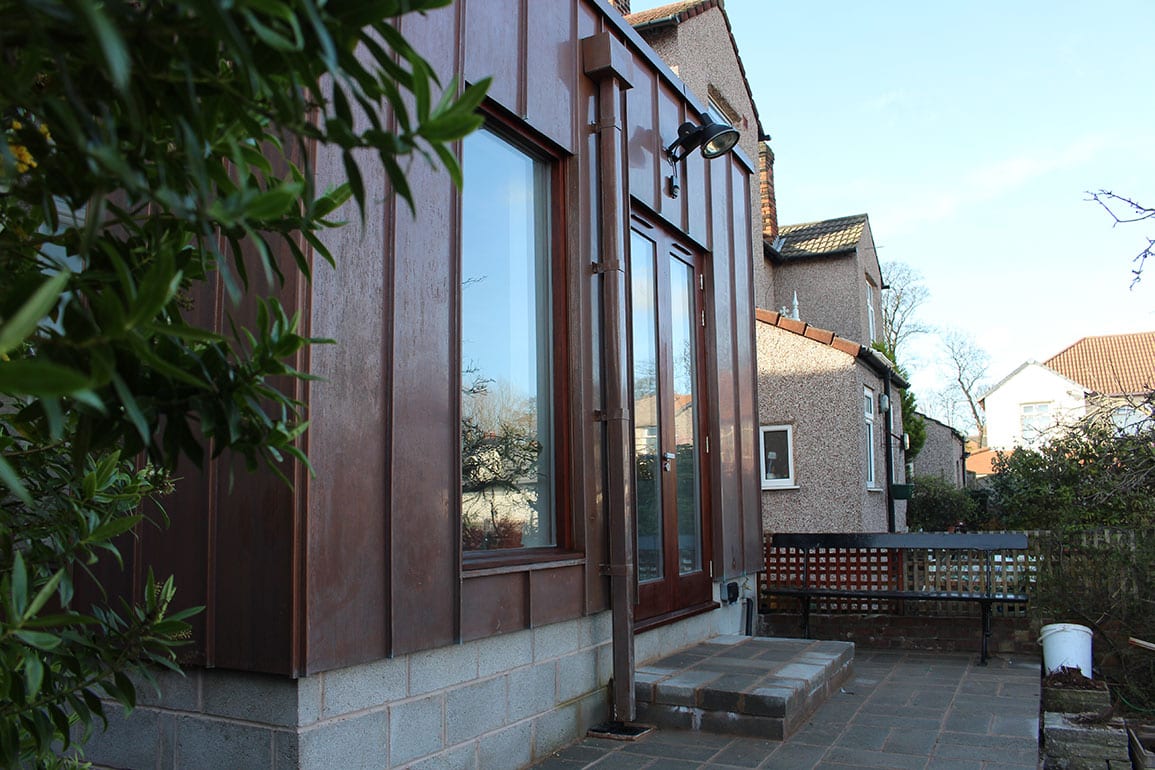 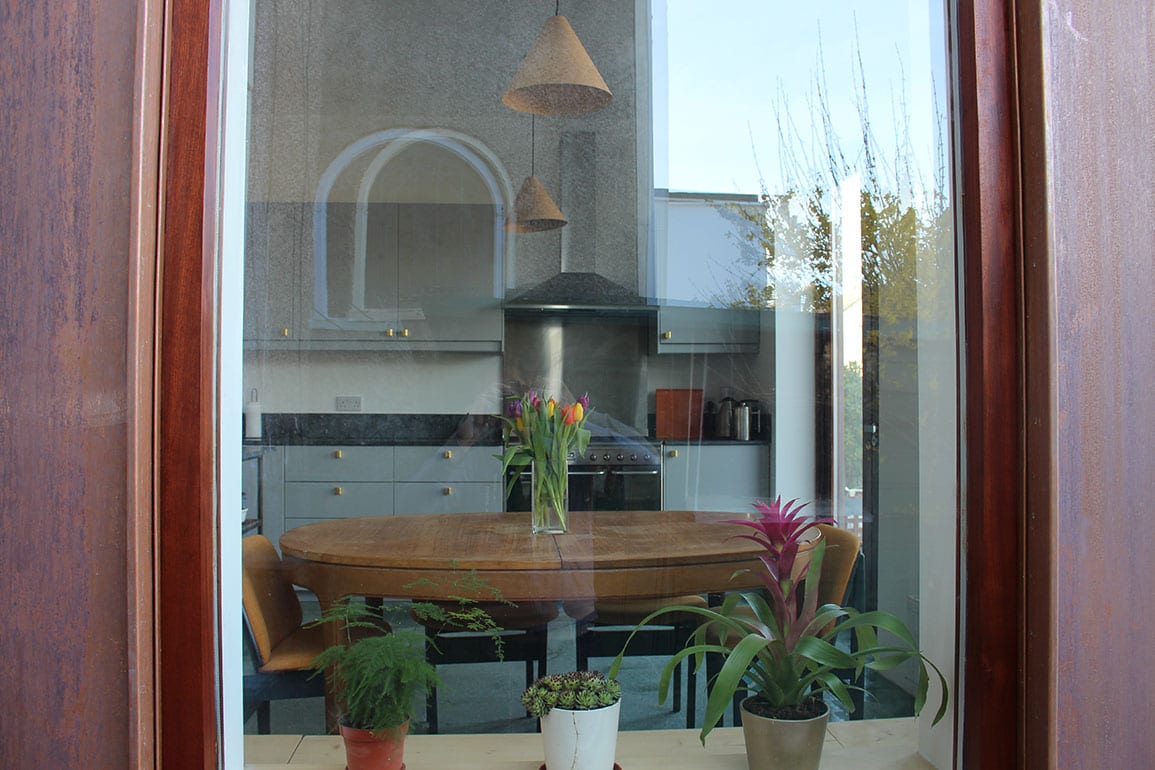 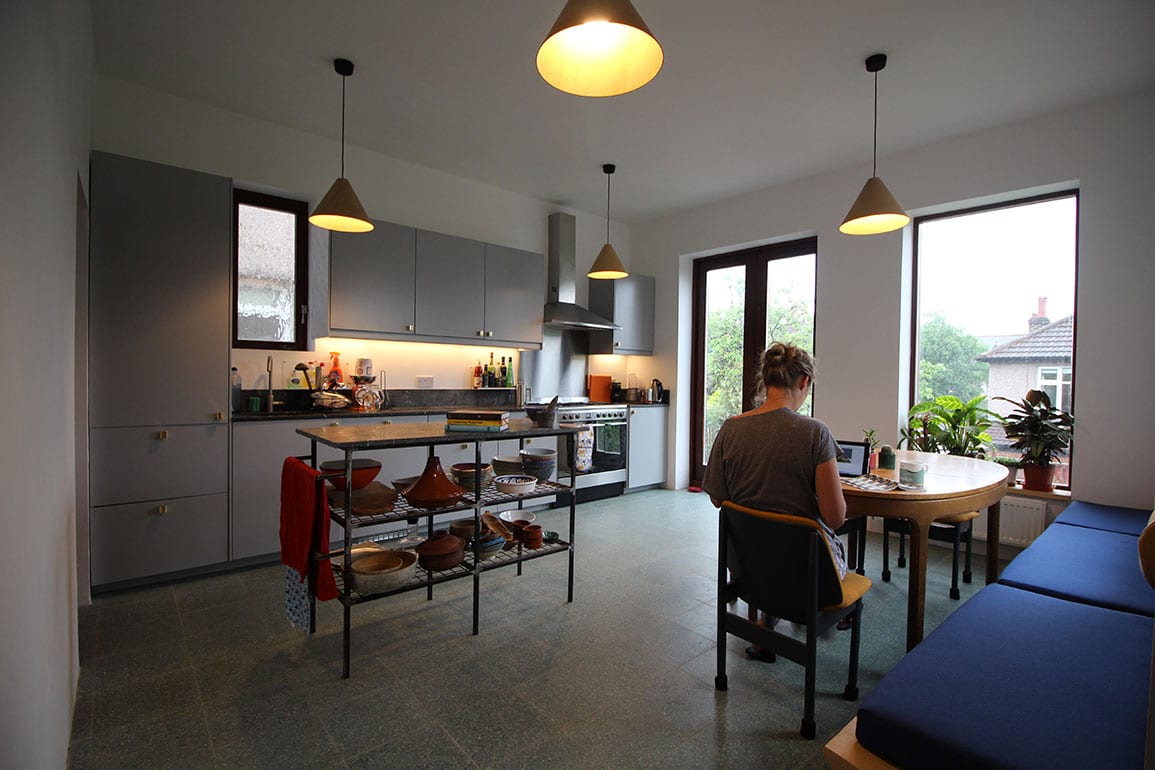 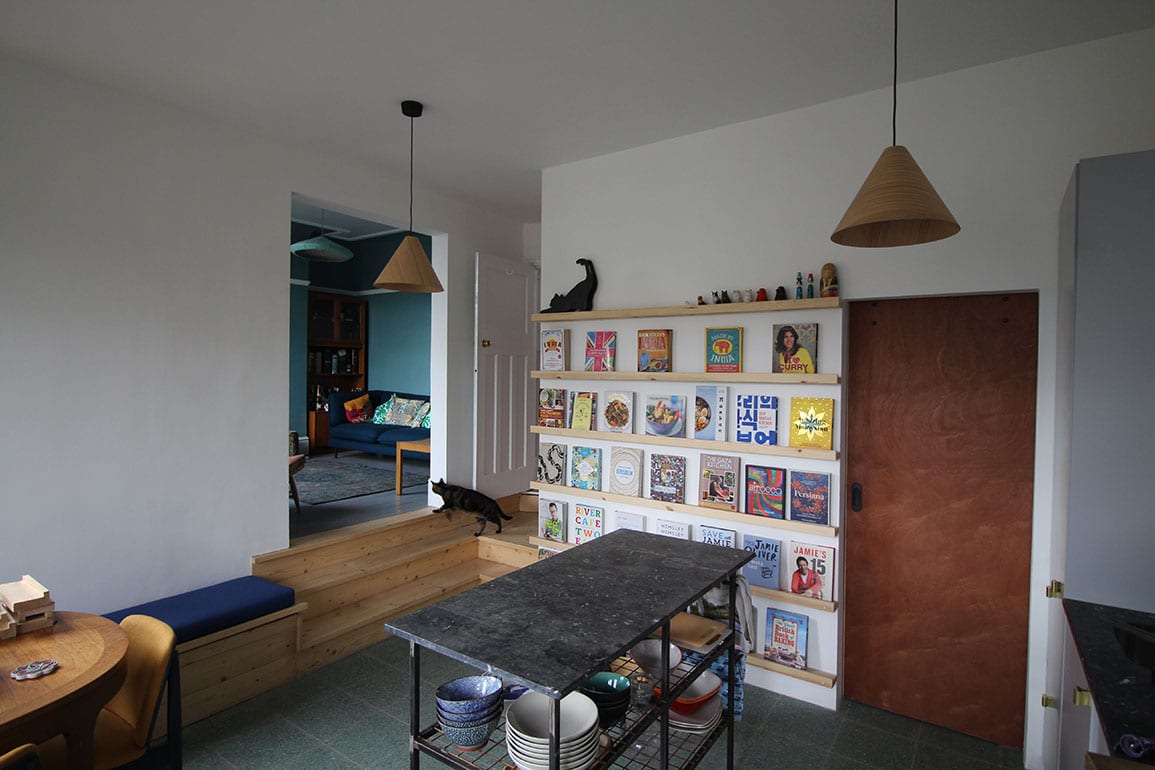 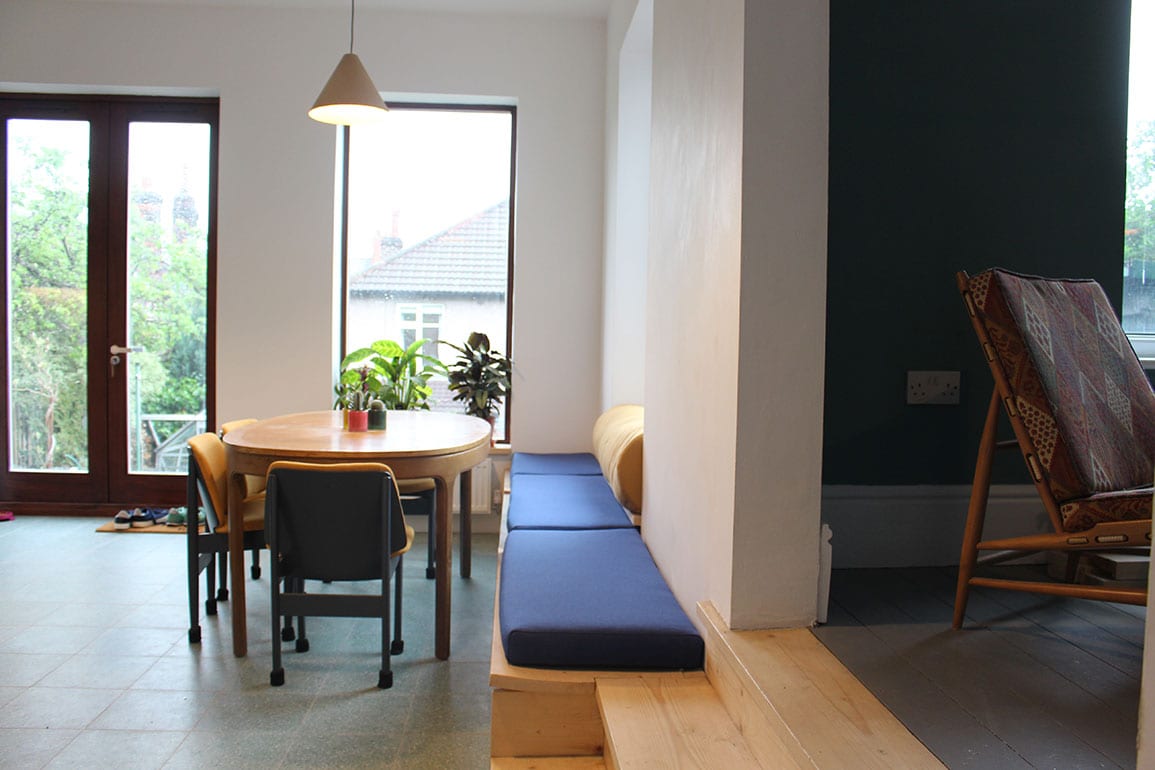 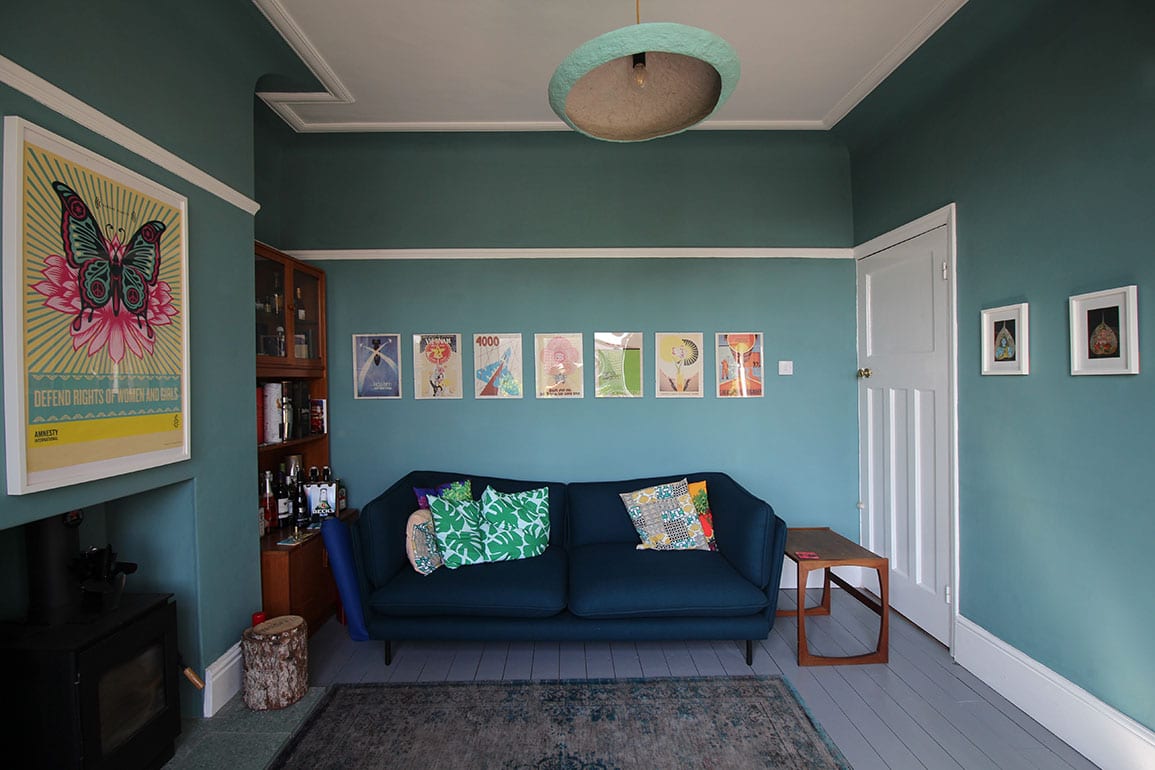 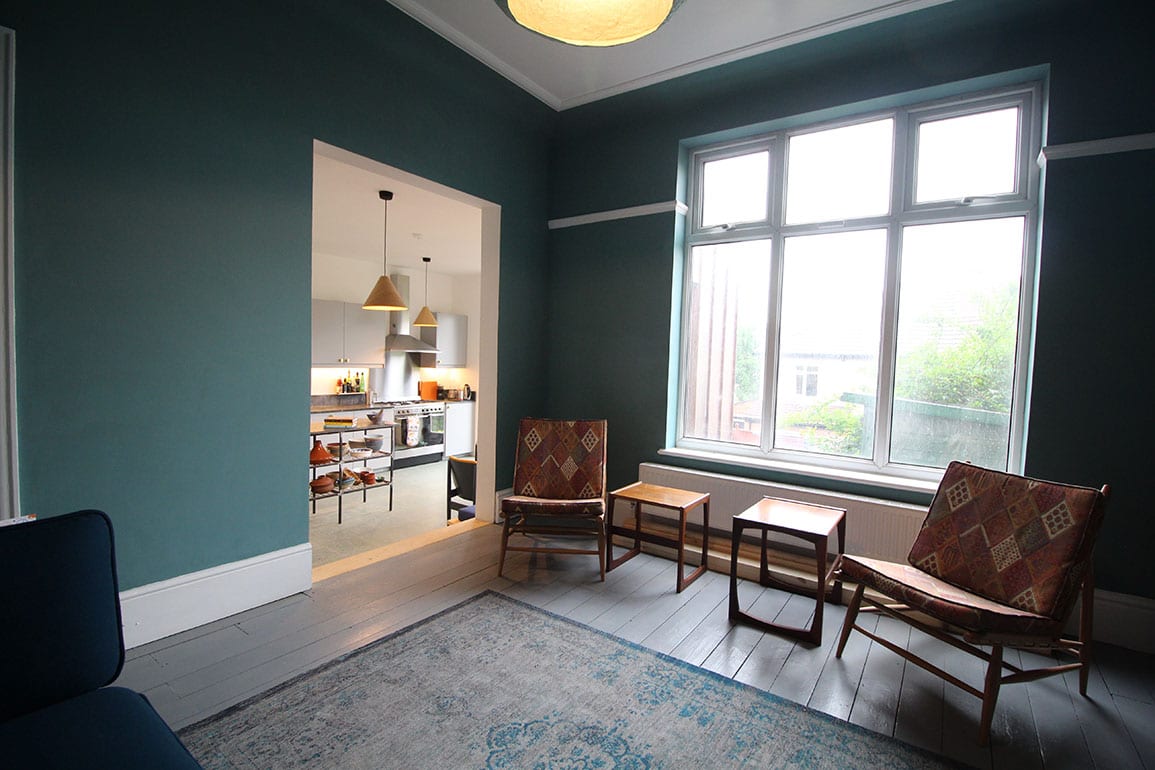 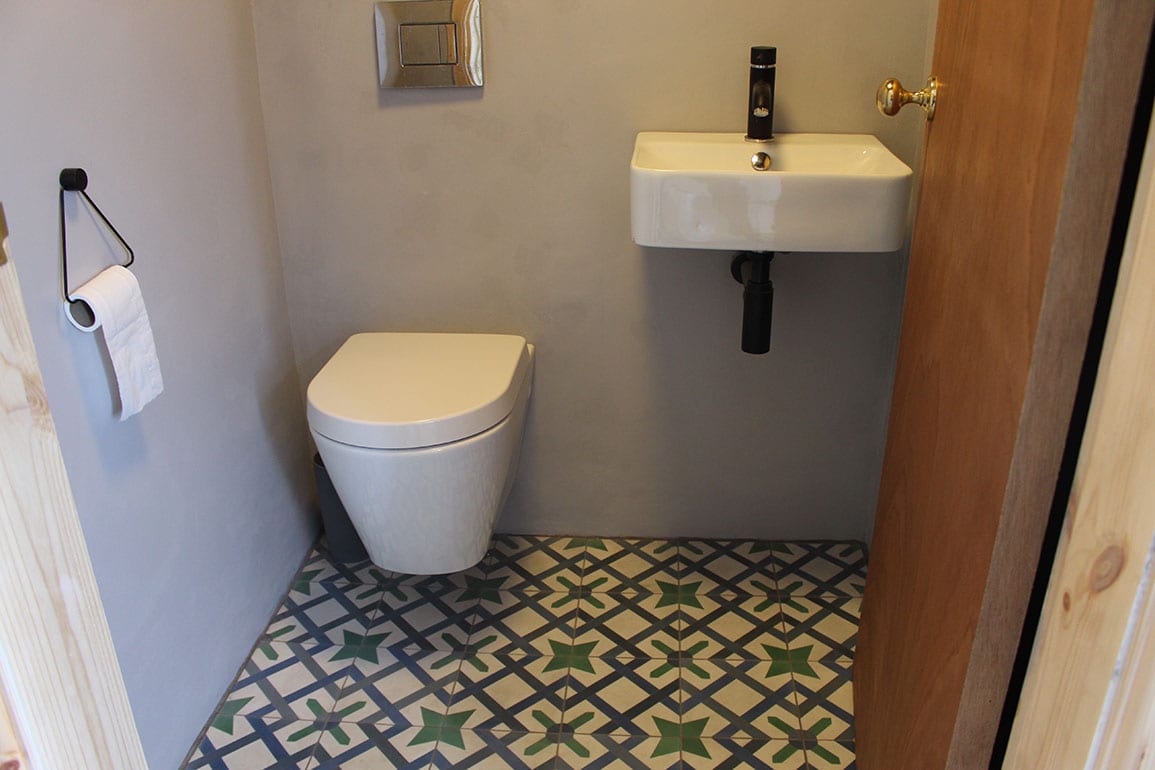 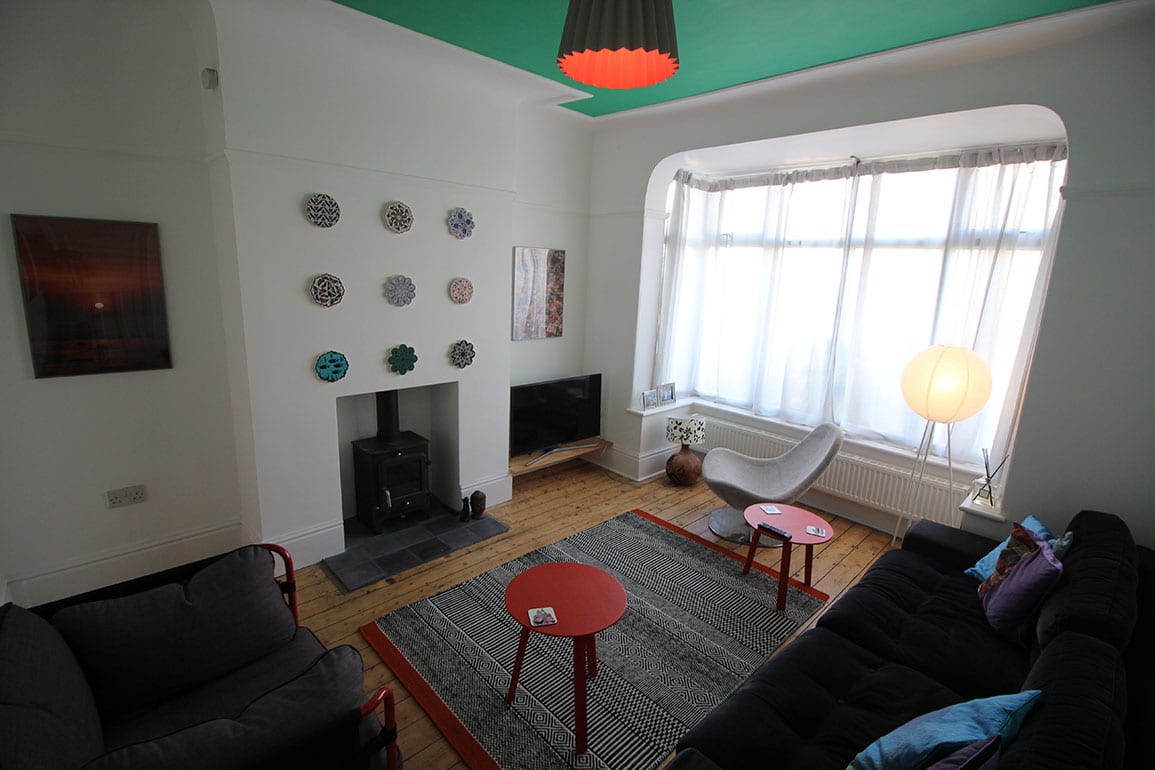 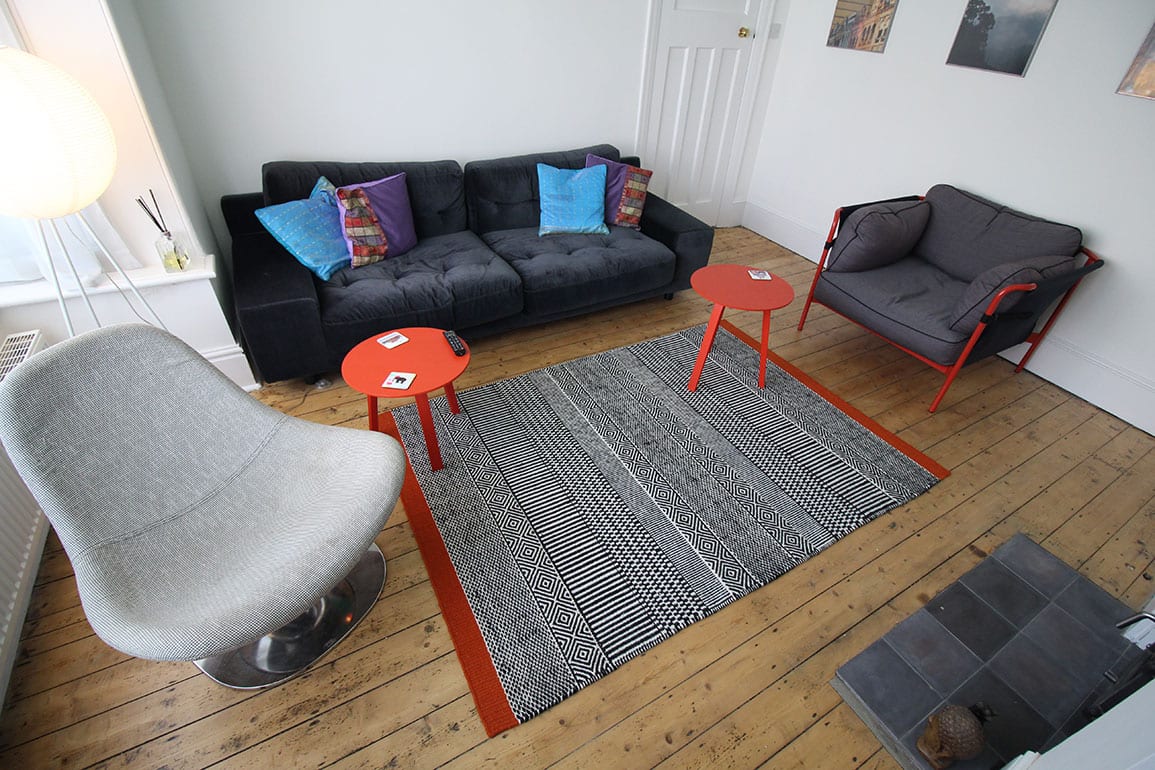 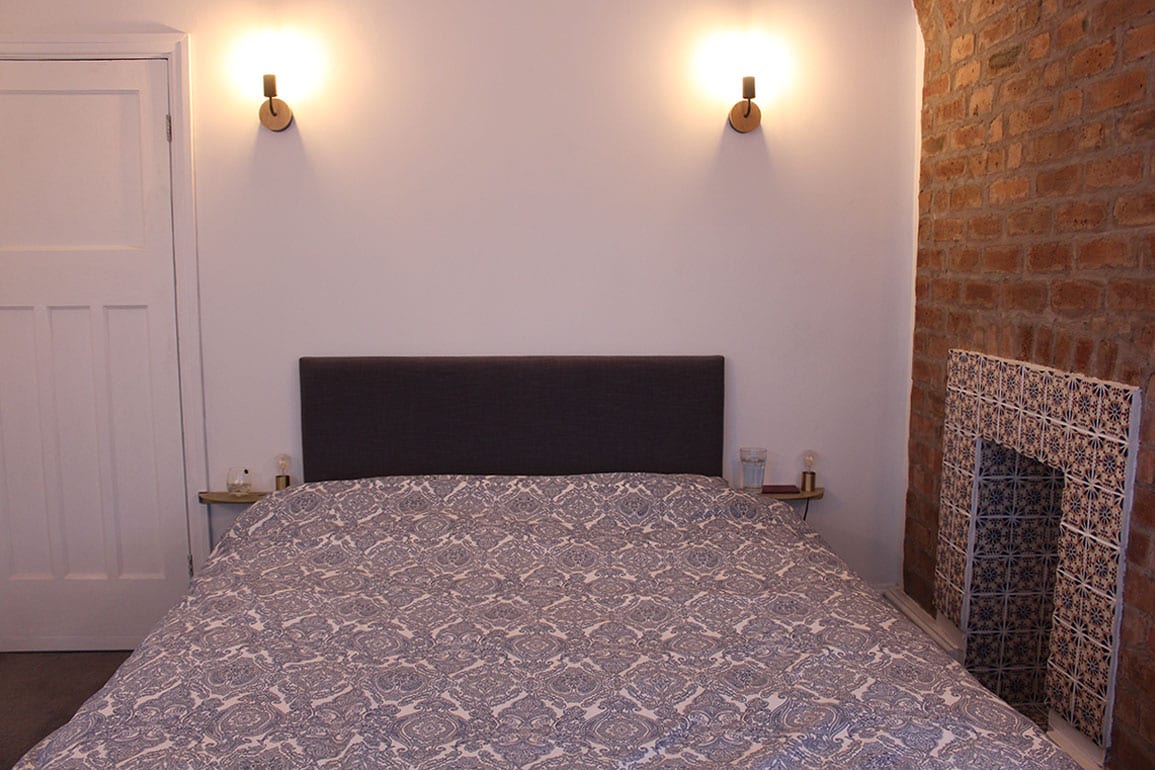 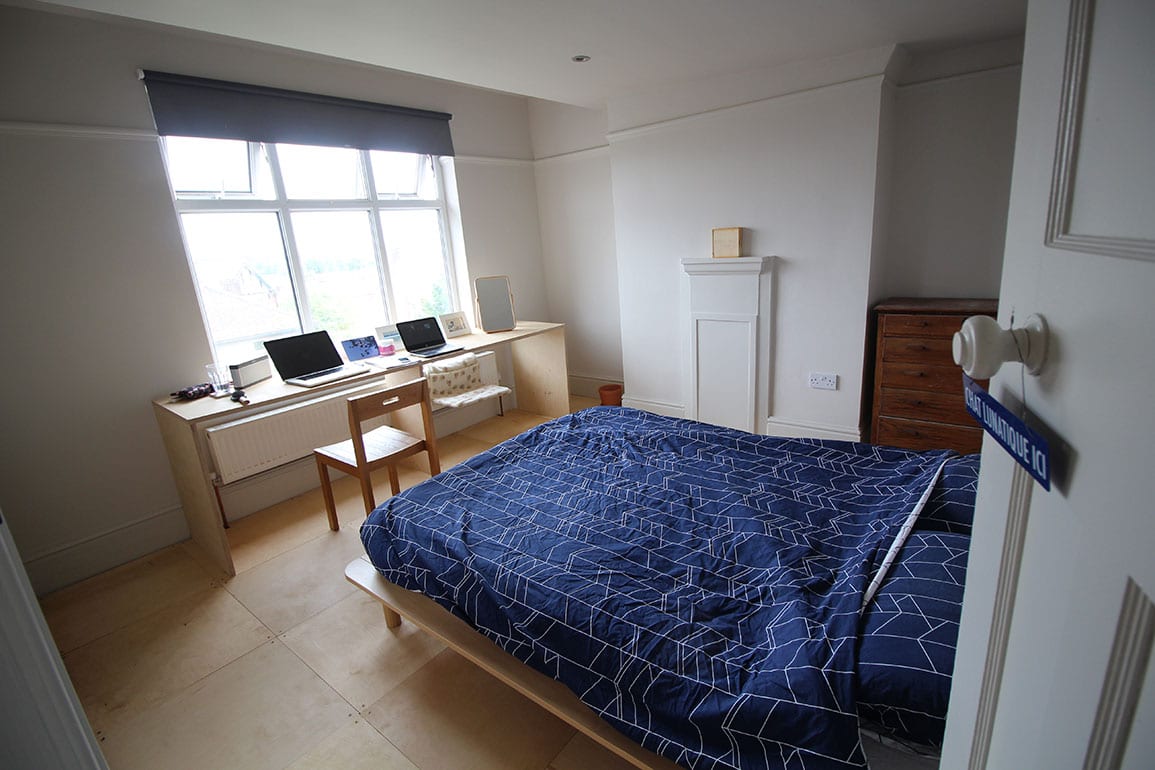 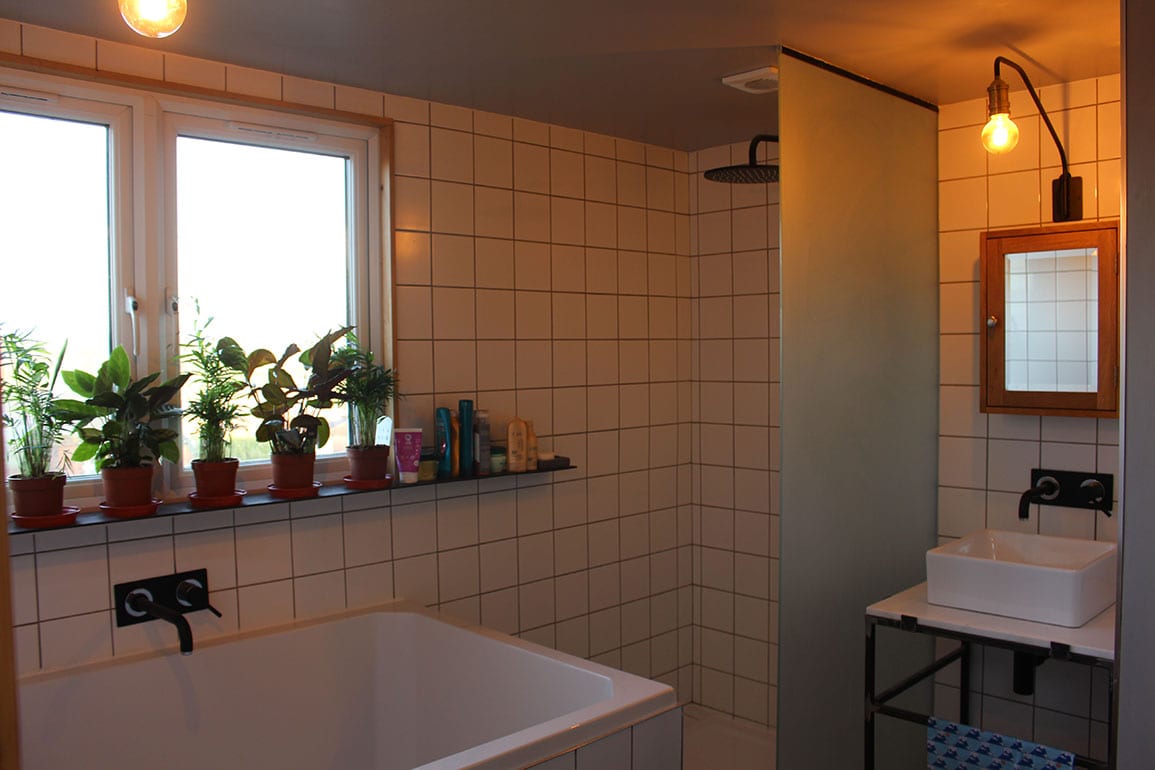 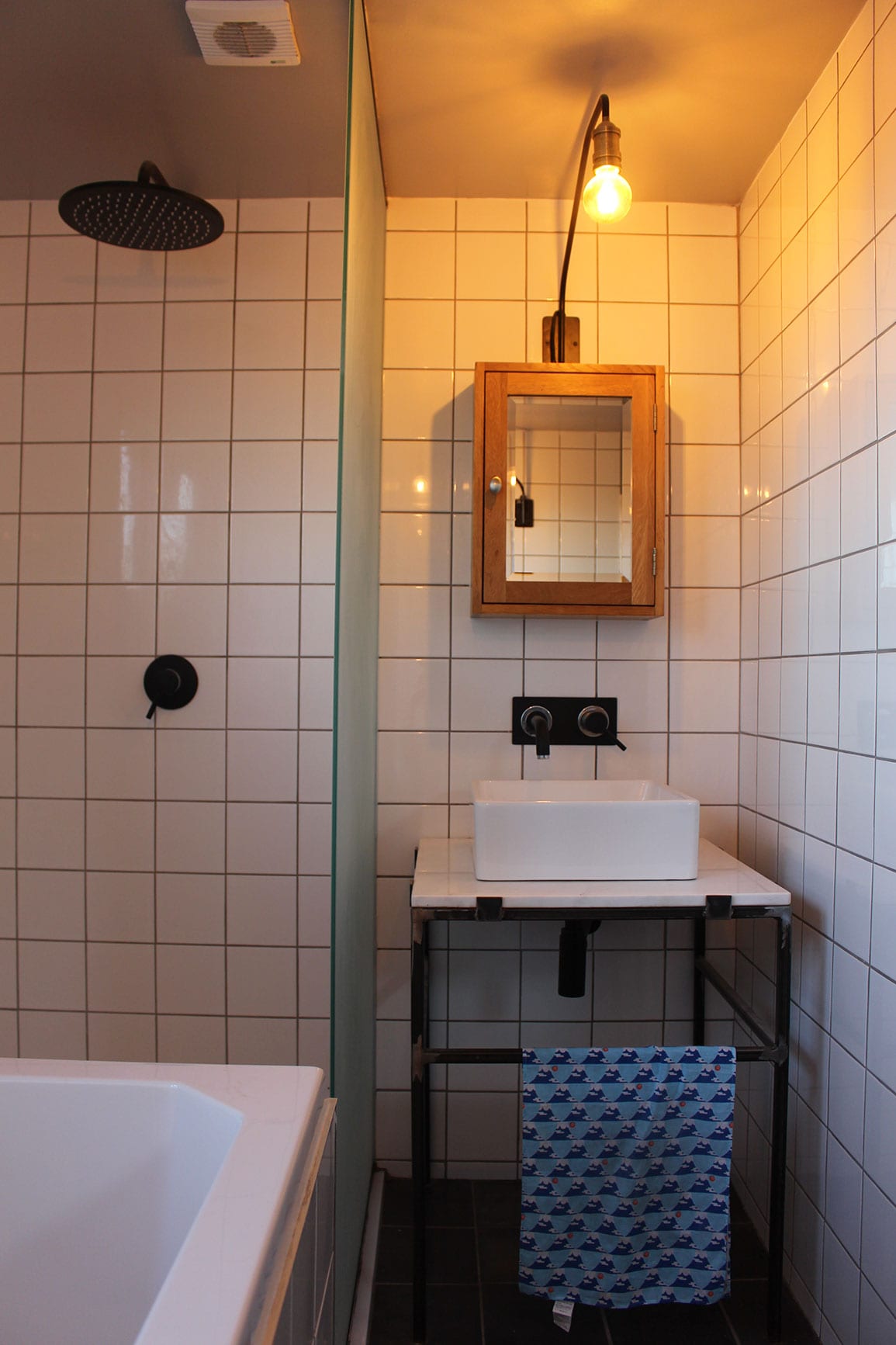 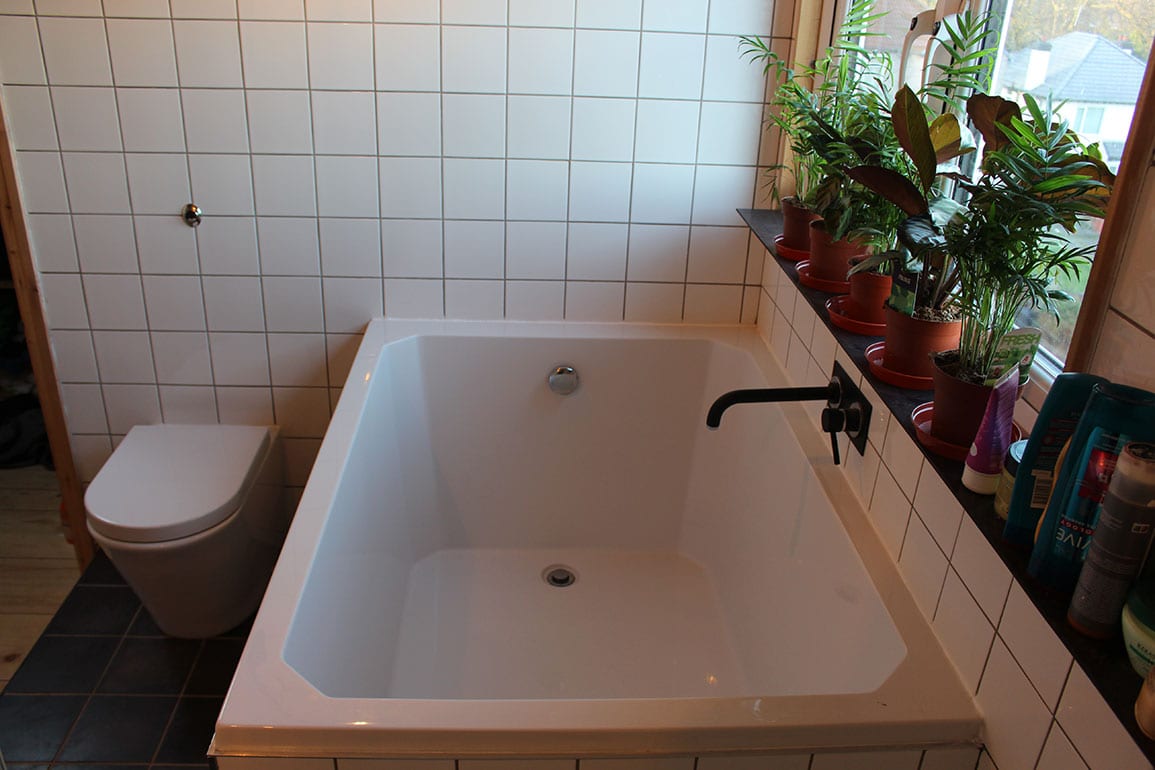 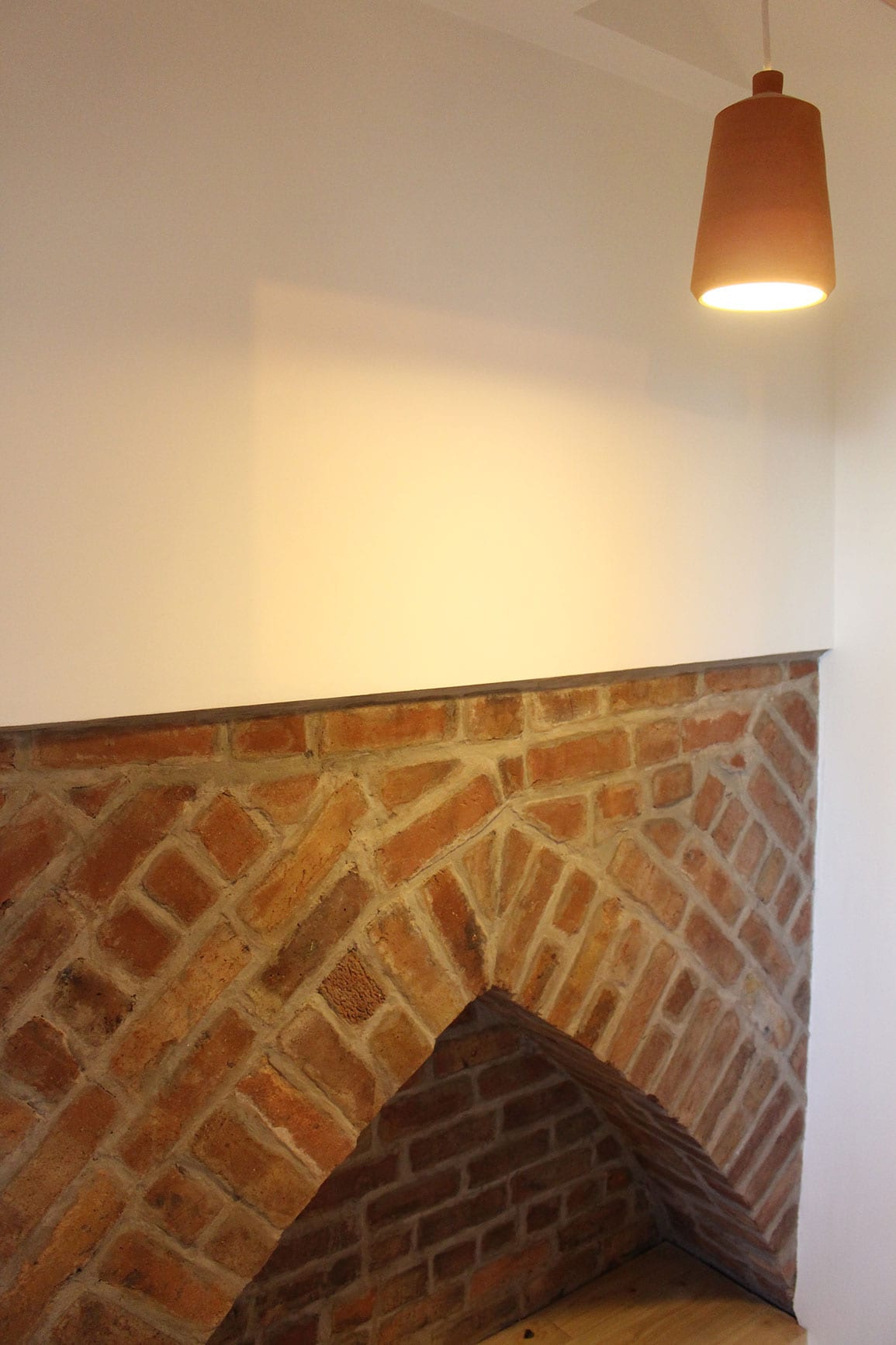 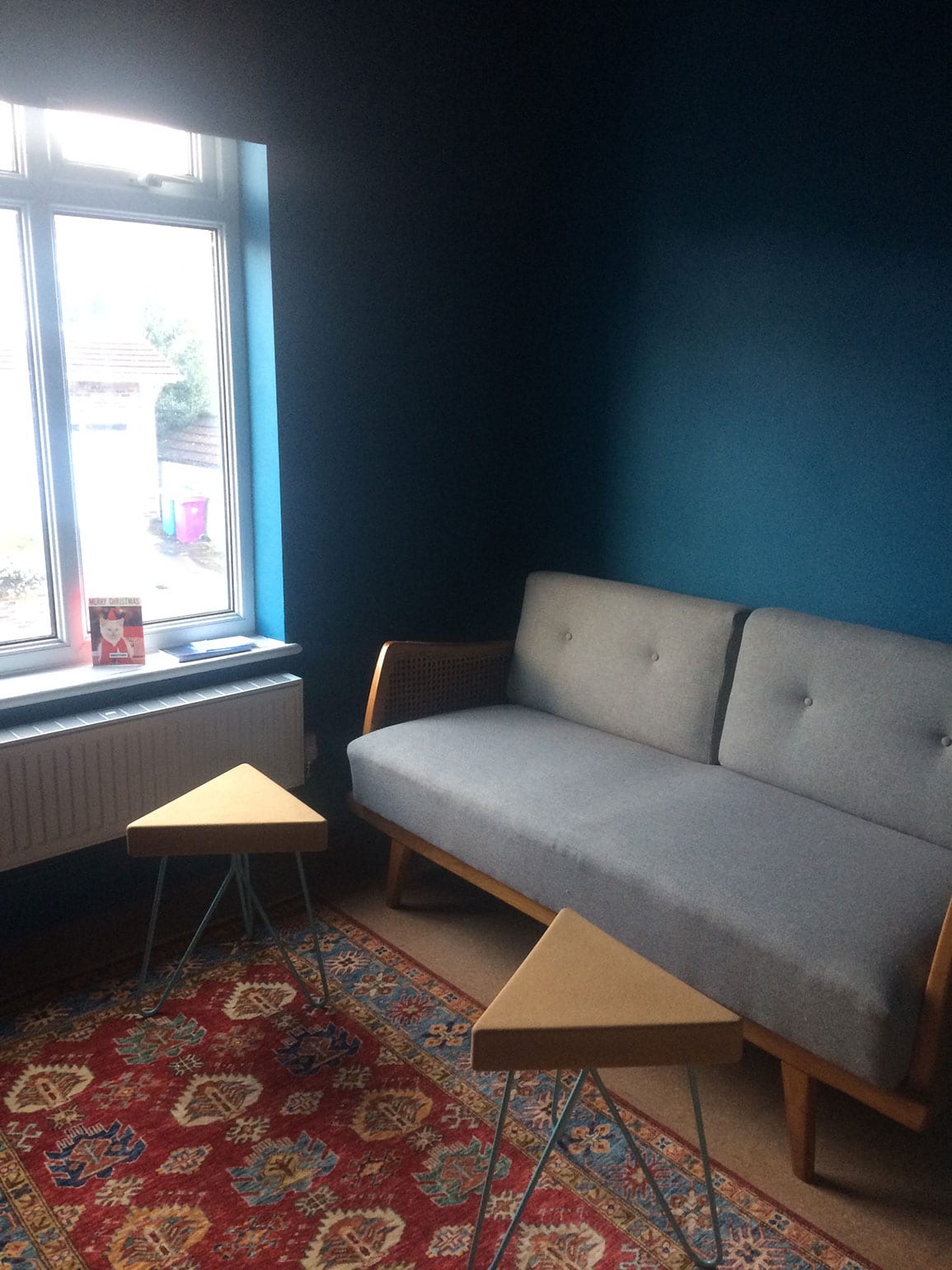 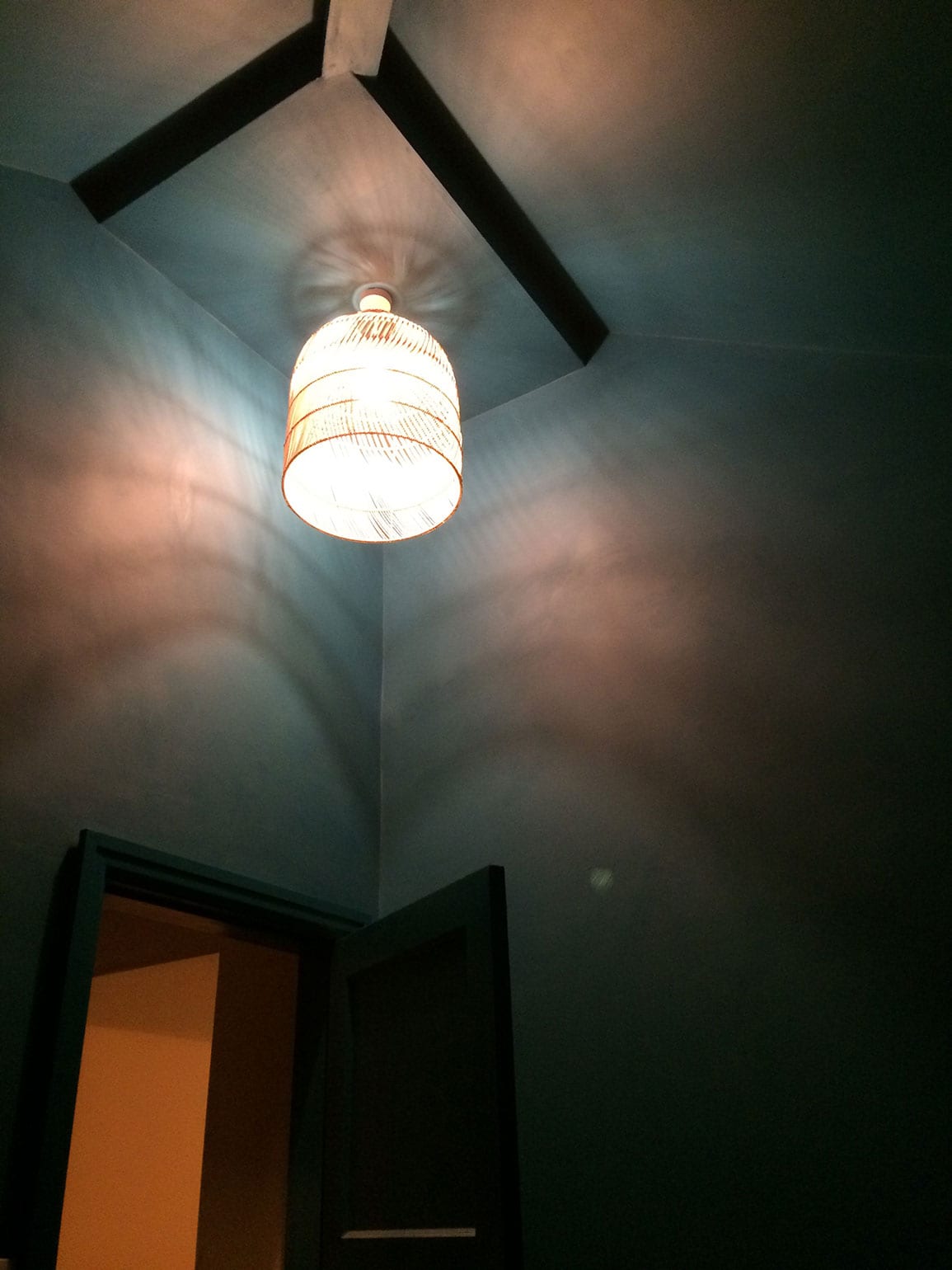 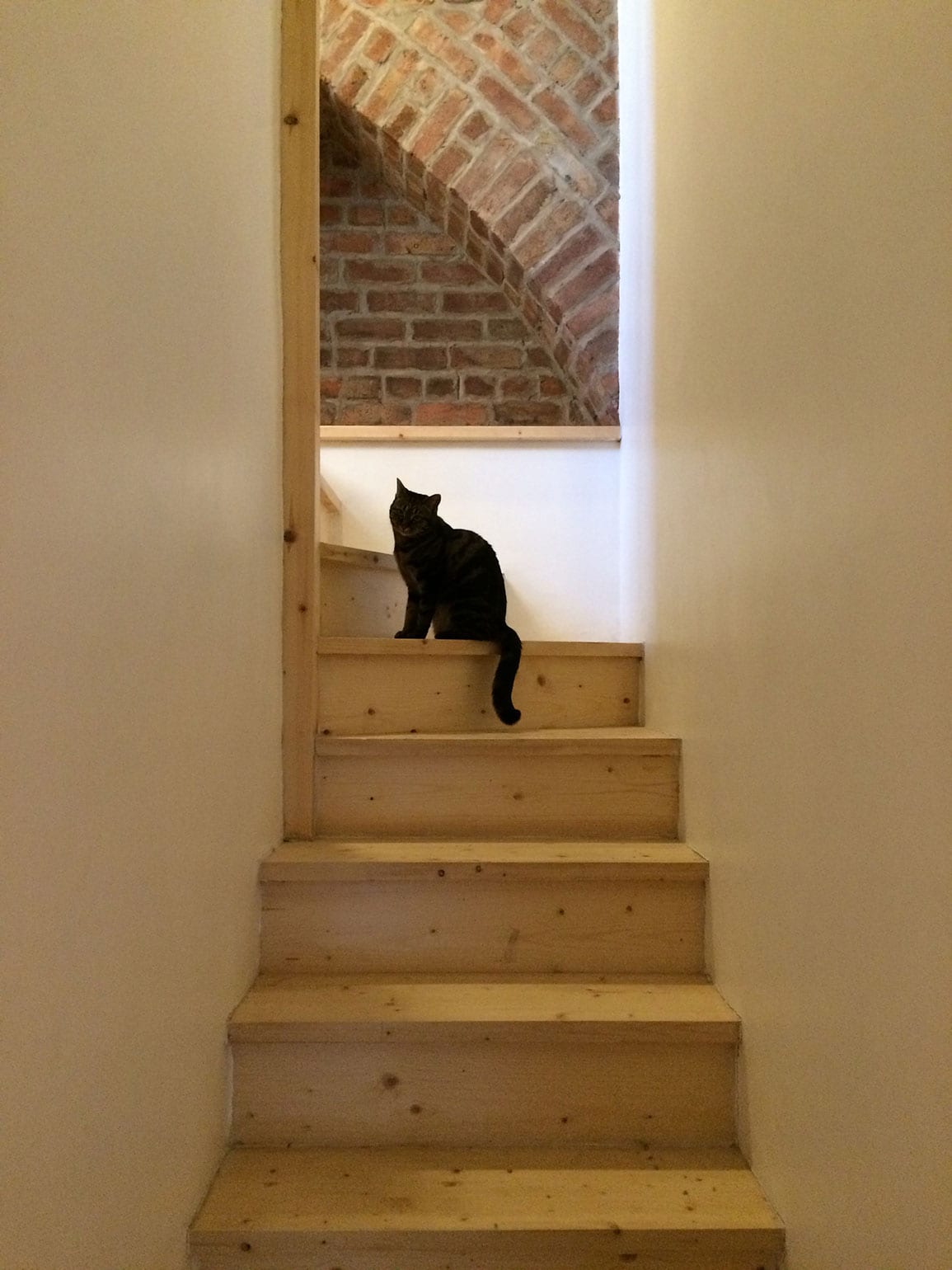