Having already updated the original Rudy’s pizzeria in Ancoats in Manchester, AE worked closely with our client to establish a design strategy for future Rudy’s, which will adapt to each environment. The second was established on Peter St in Manchester and the third has just opened in Liverpool. All within very different existing buildings and designed to feel unique, they also feature some elements that have been repeated and refined along the way. Rudy’s in Liverpool features a large island bar under an existing rooflight and arched opening. The design enhances existing features within the space. When we accessed the space, we found a fully functioning largely black restaurant with corrugated white plastic panels and blue sky lighting features. The acoustic ceiling with its sound system was retained but painted white. Everything else was removed and a challenge was to inject an element of rawness in line with other Rudy’s restaurants into the finished interior. The floor was retained and where previously marked by partitions and furniture, this is now on show. Formally boxed in columns have now been exposed to reveal raw brickwork, steel and concrete. The low cost fit-out is focused around key features such as the pizza oven, the visible mural and the island bar. Rudy’s is now ranked amongst the best pizzeria’s in the world by the Guardian, Hardens Guide, and Where to Eat Pizza. It was named the best Pizzeria in the UK by Trip Advisor. Photos by James Maloney and AE 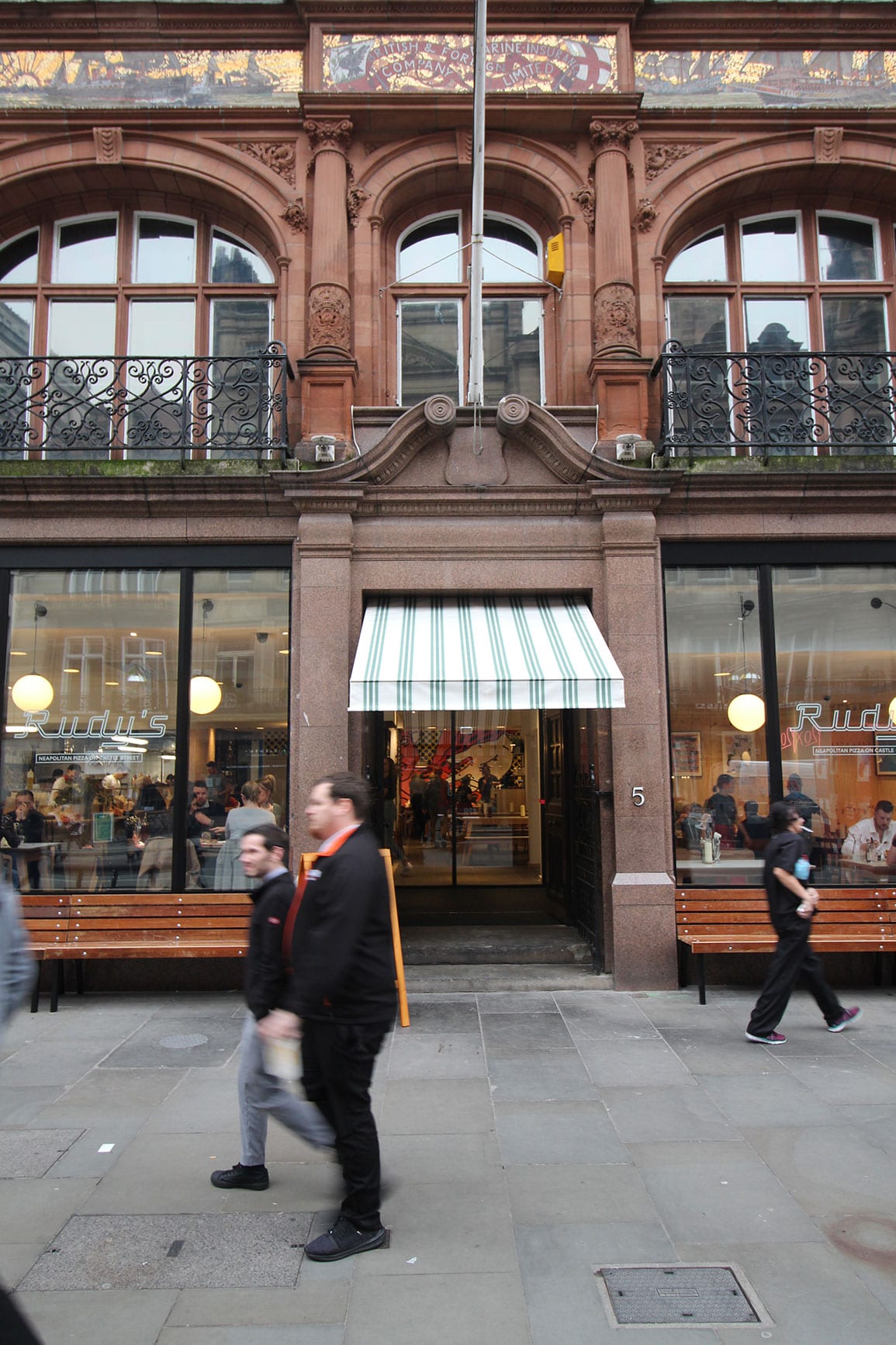 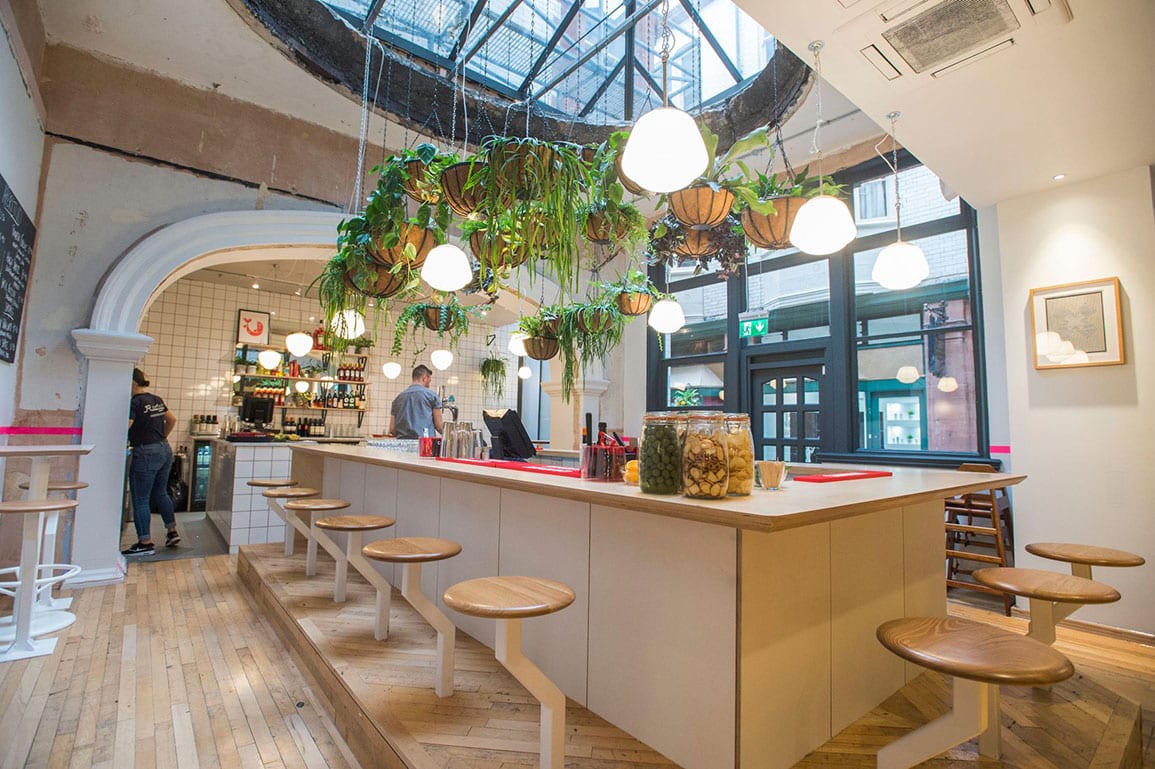 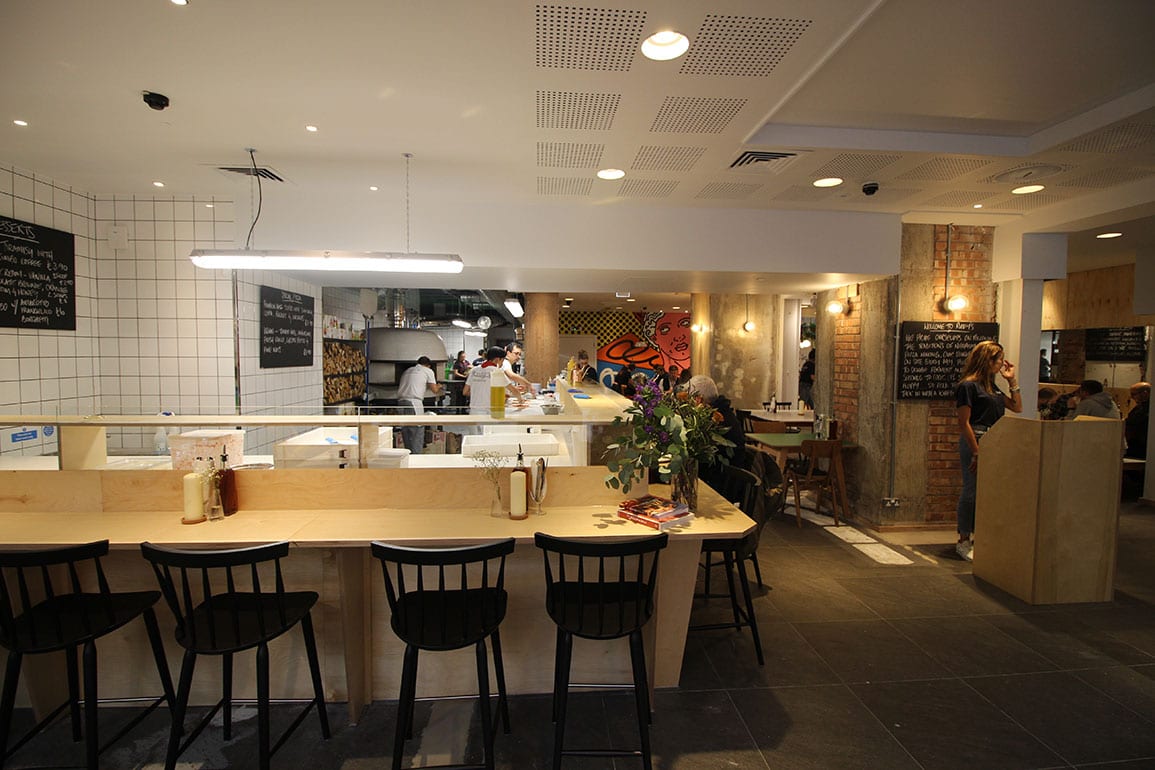 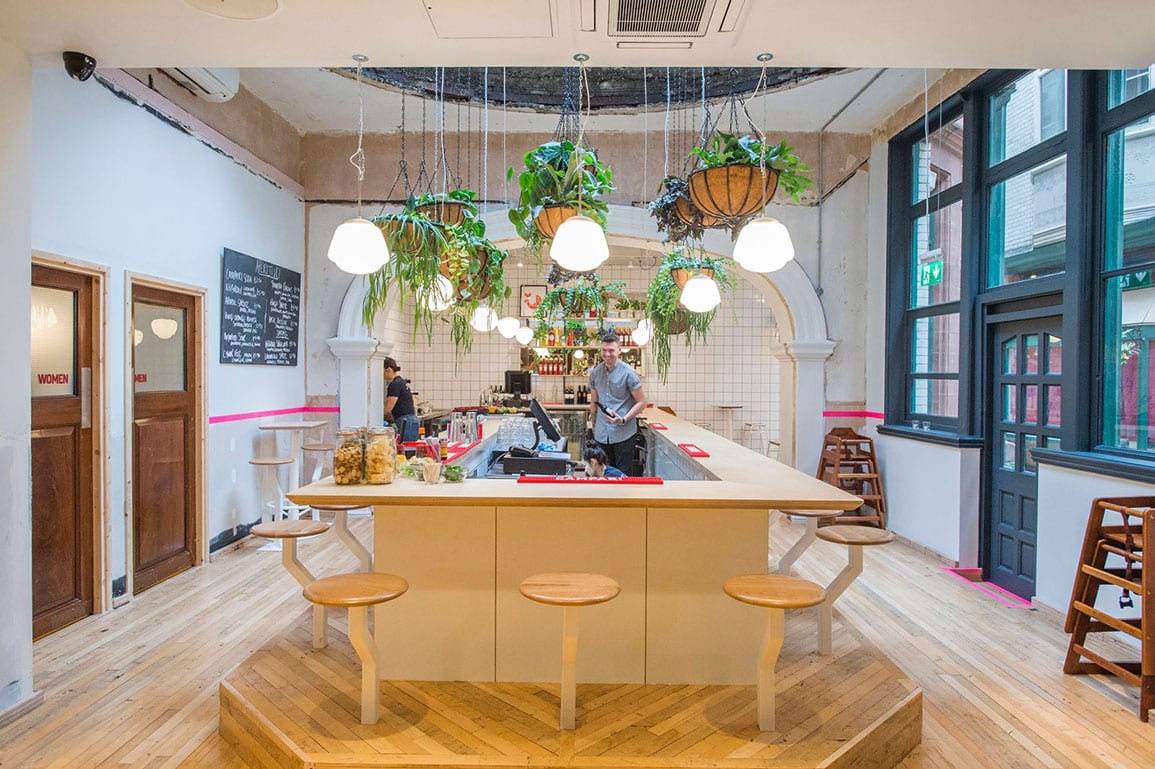 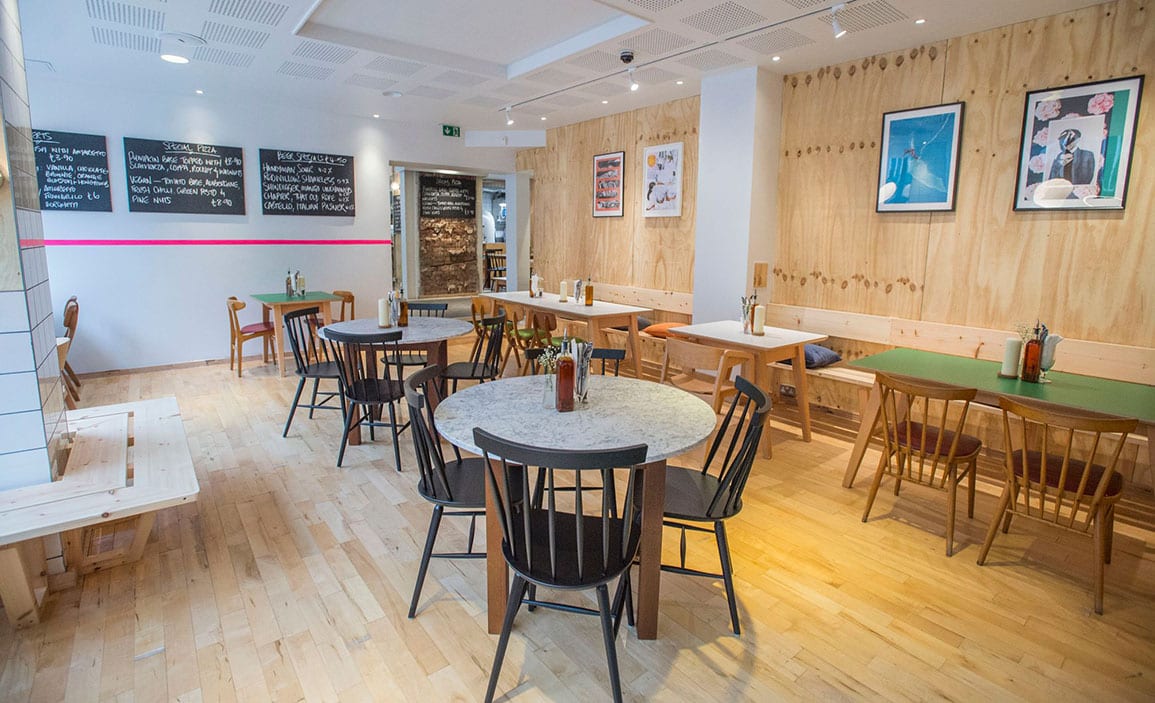 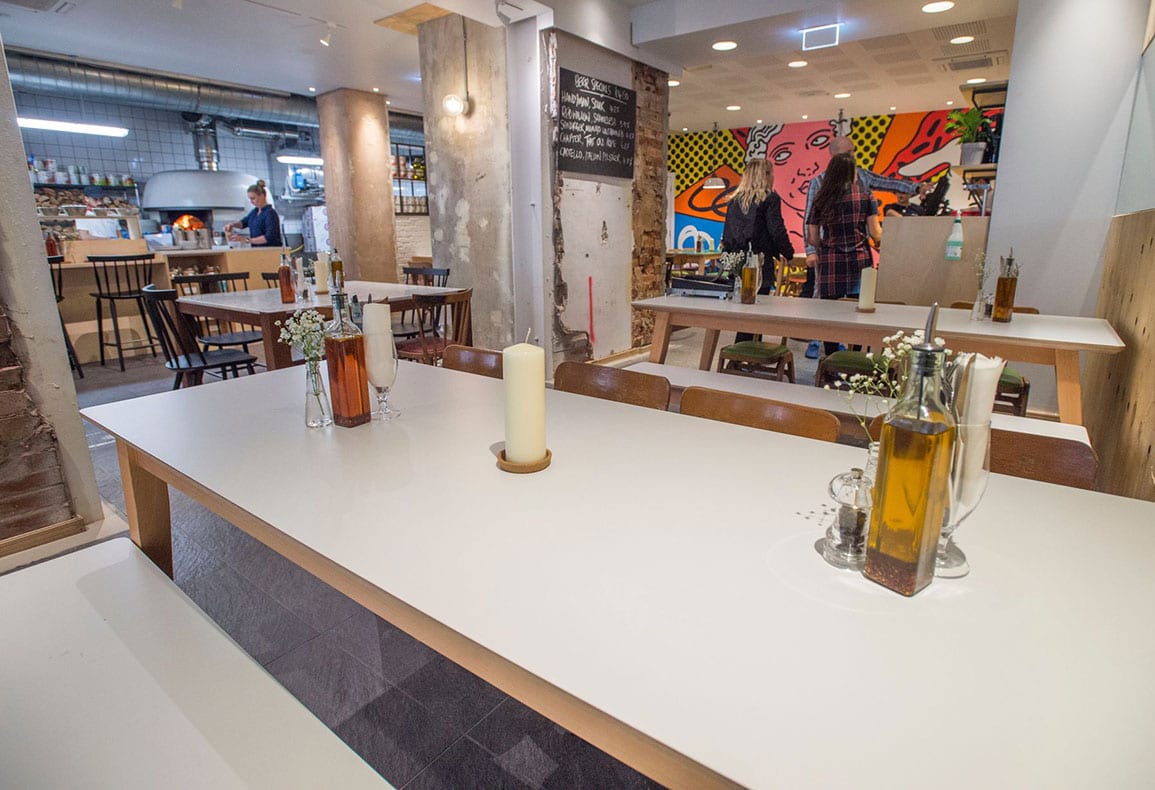 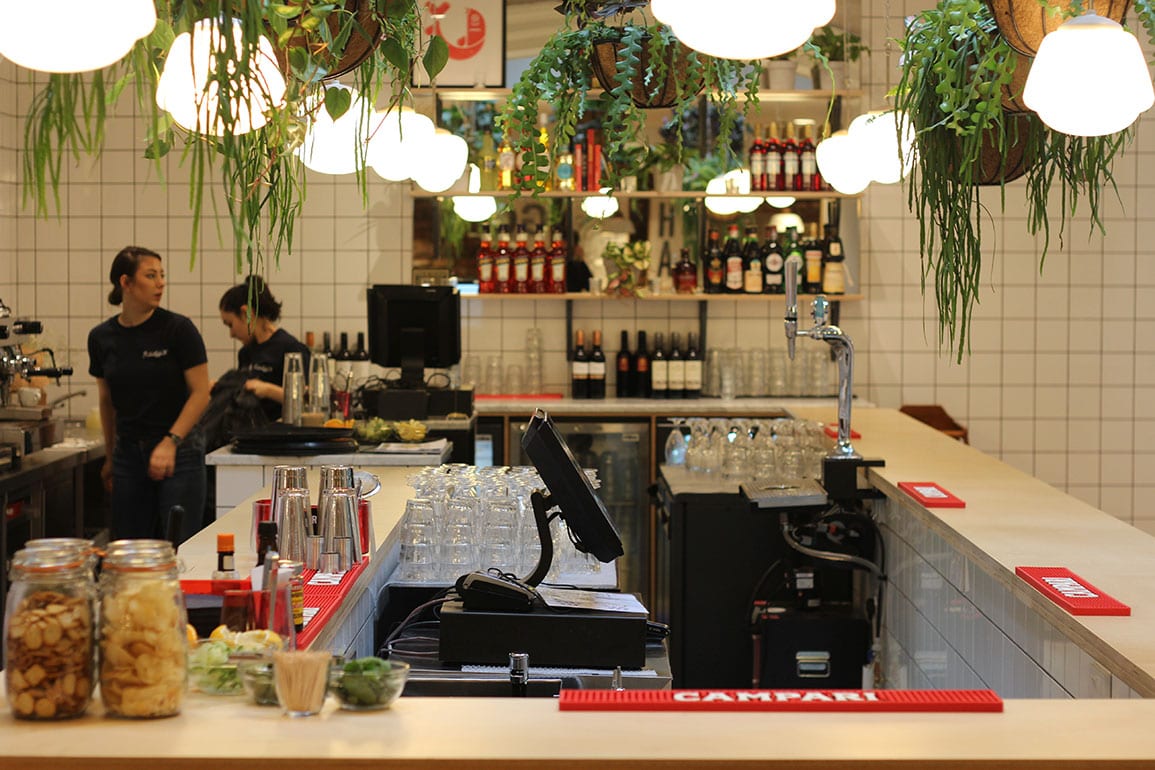 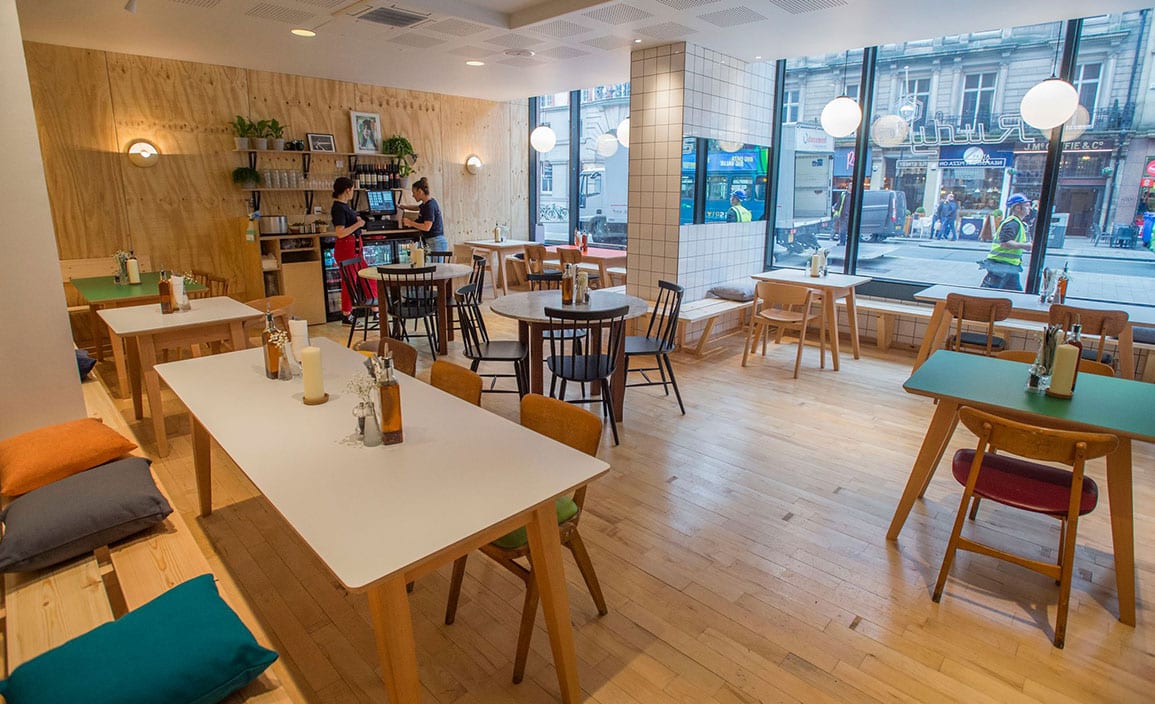 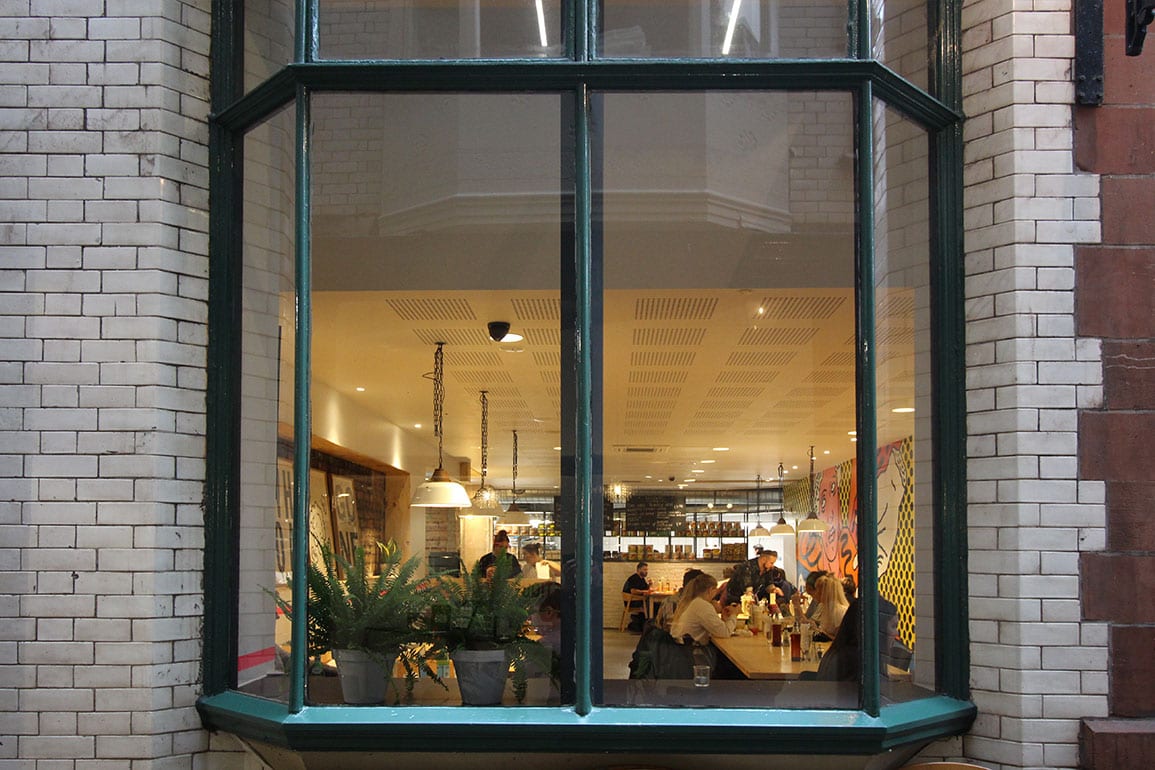 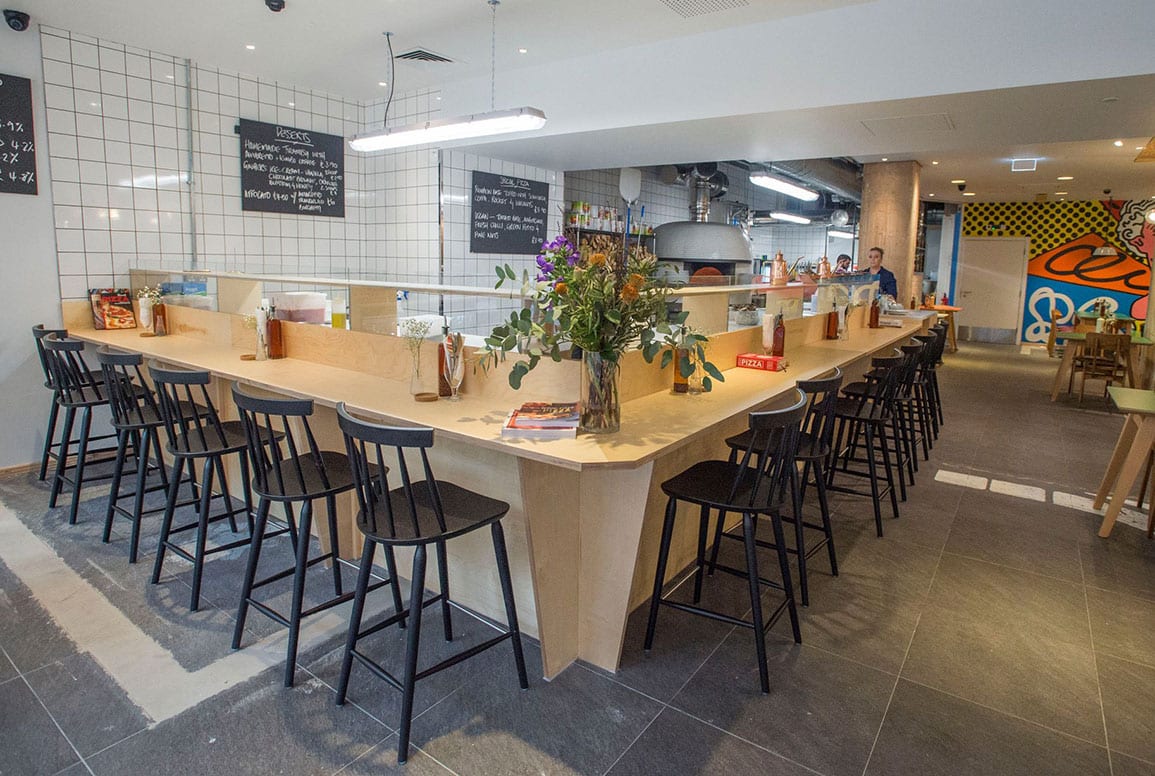 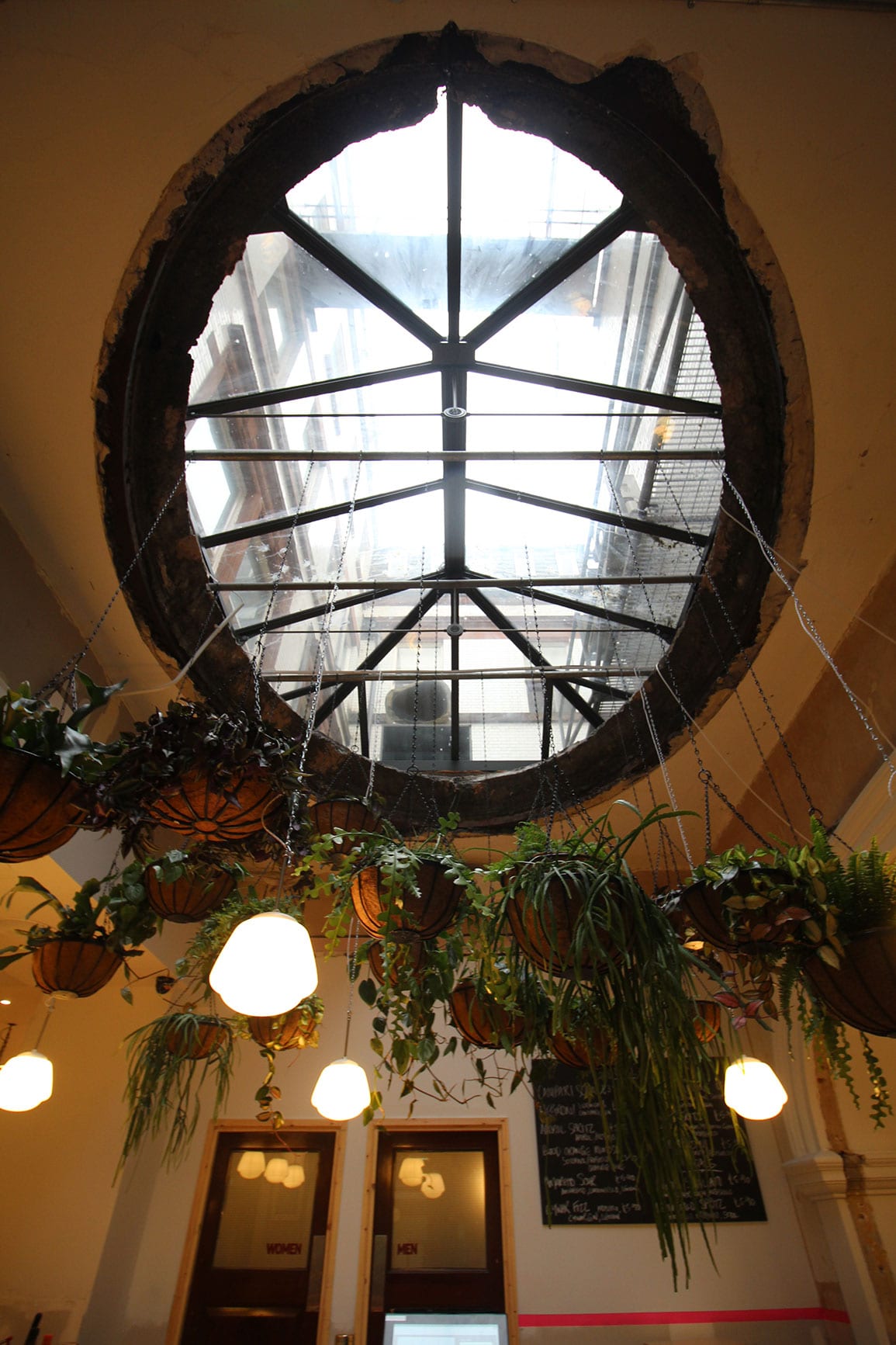 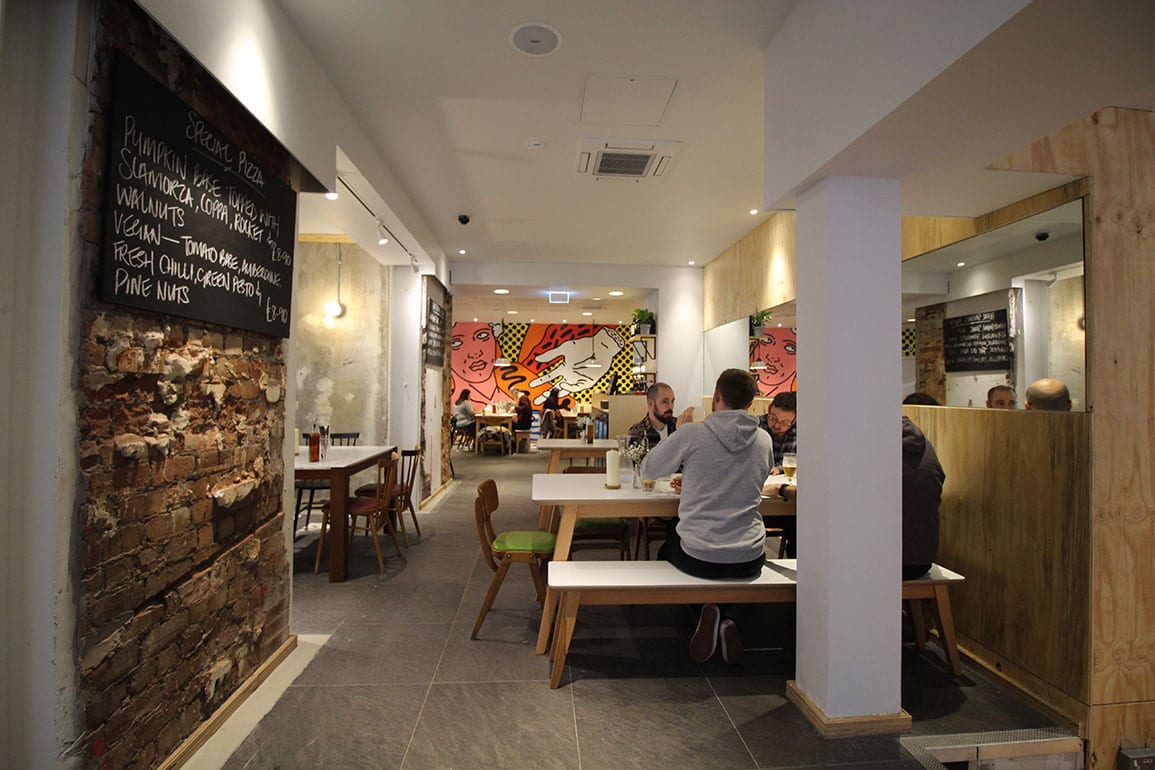 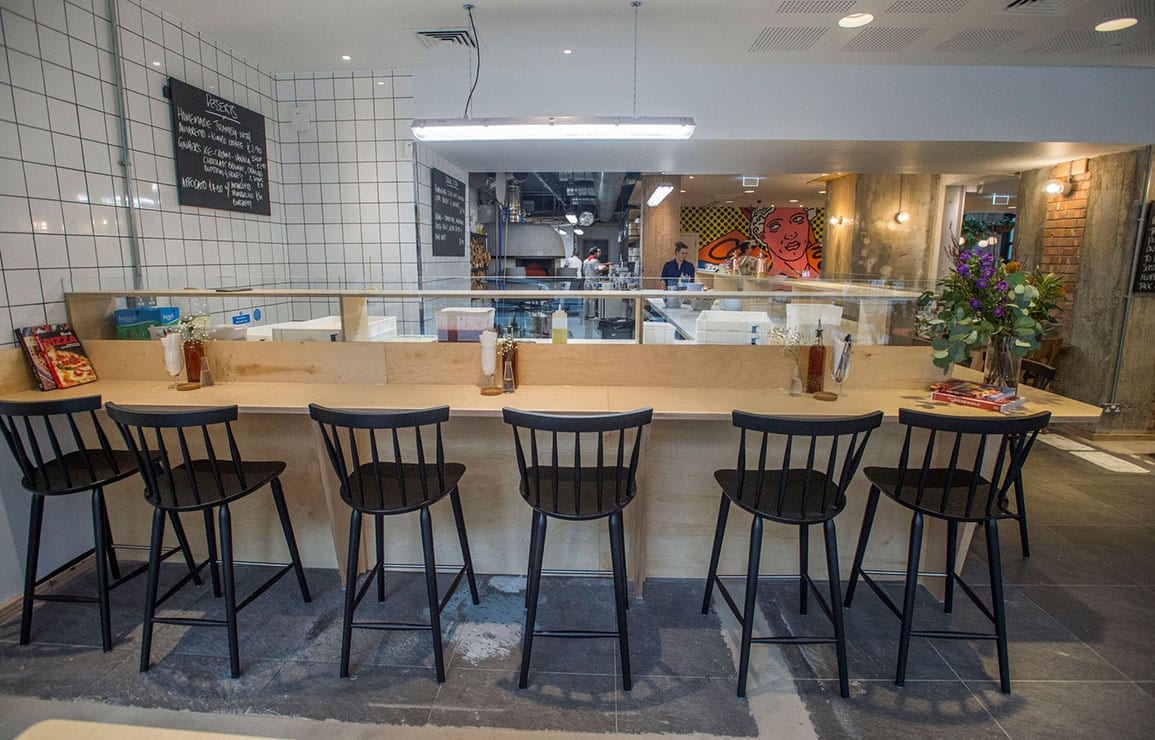 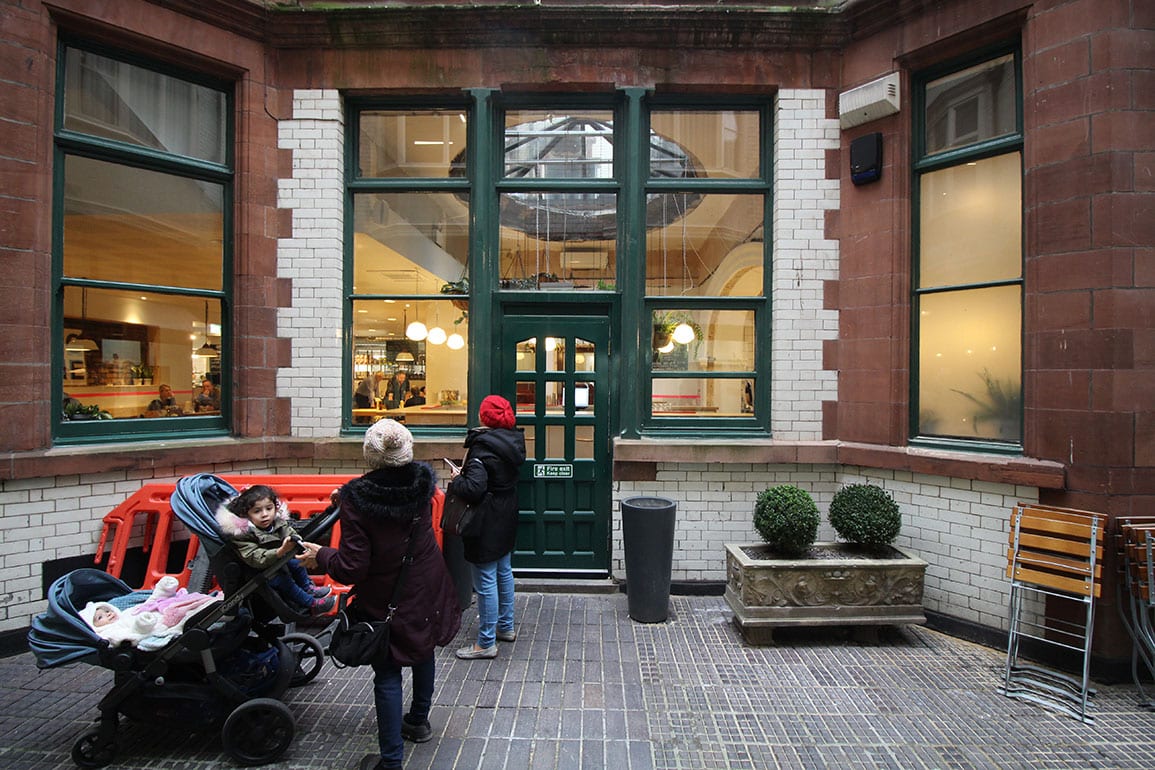 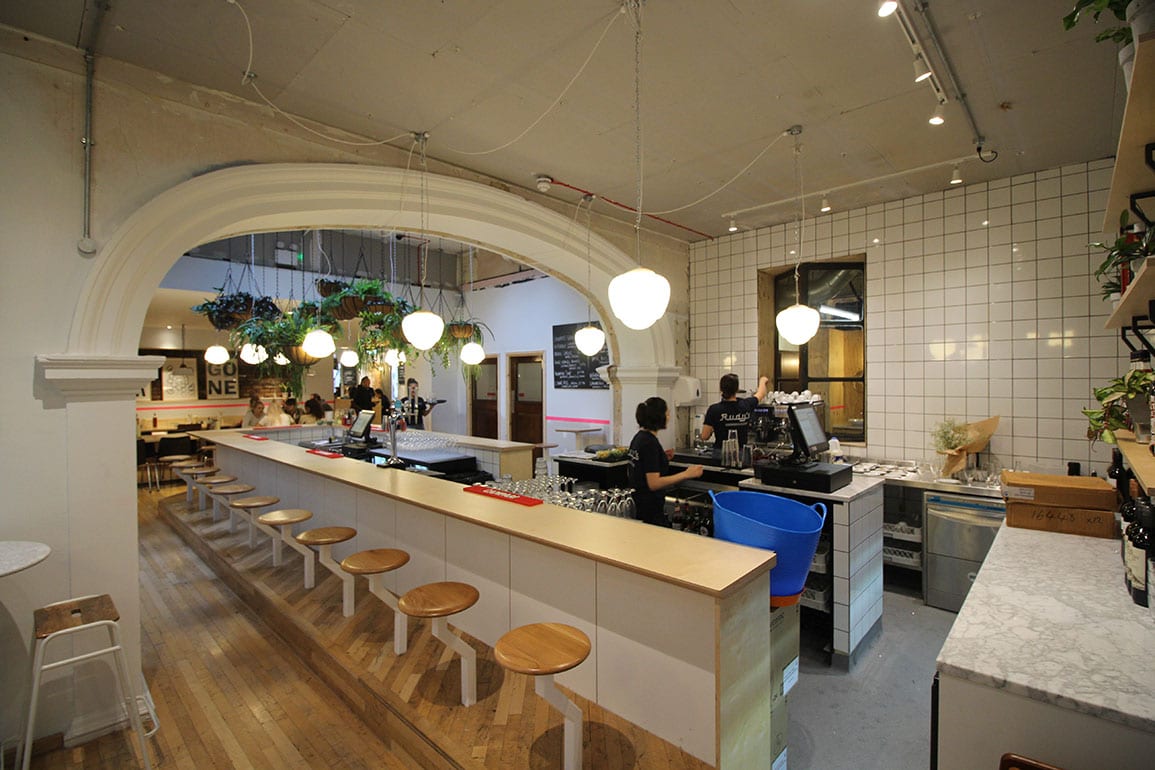 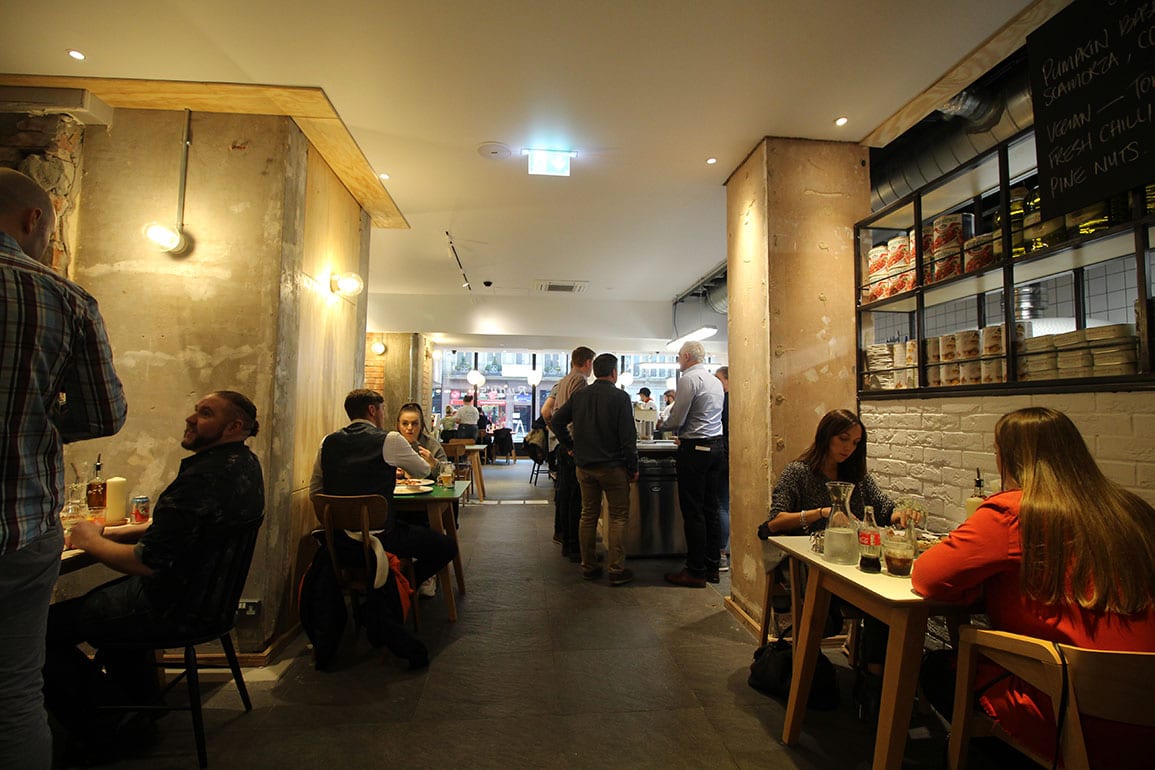 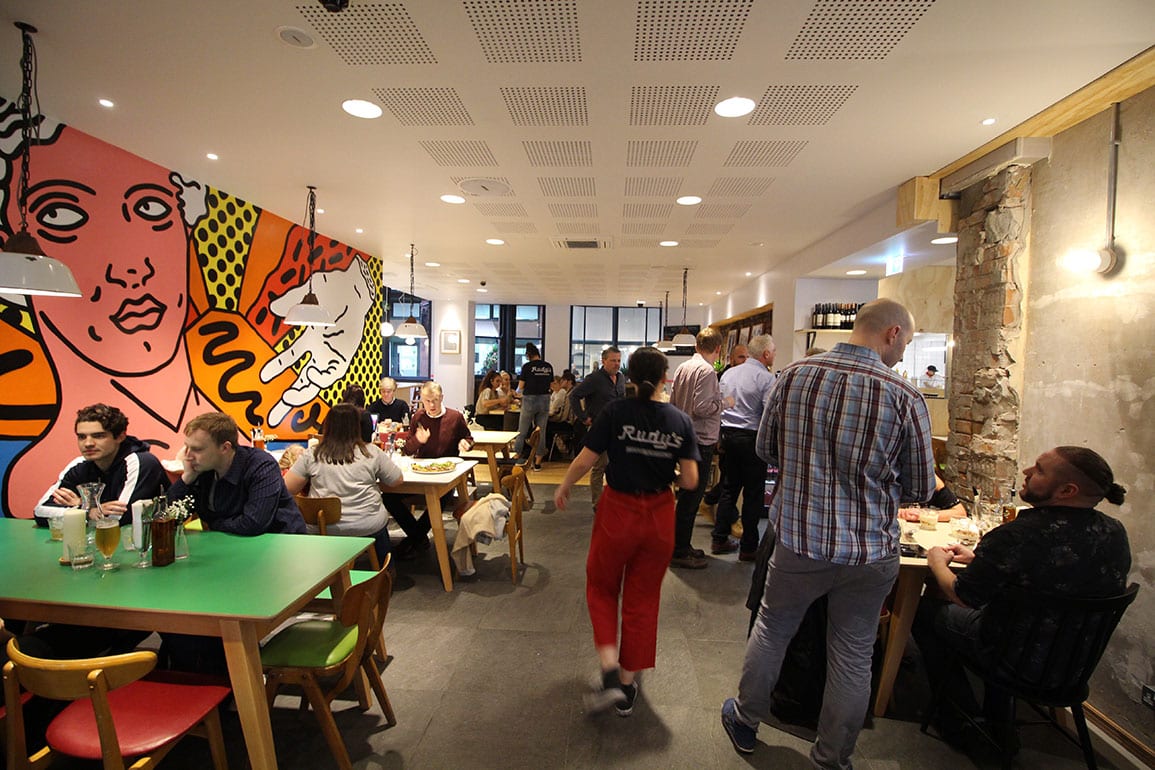 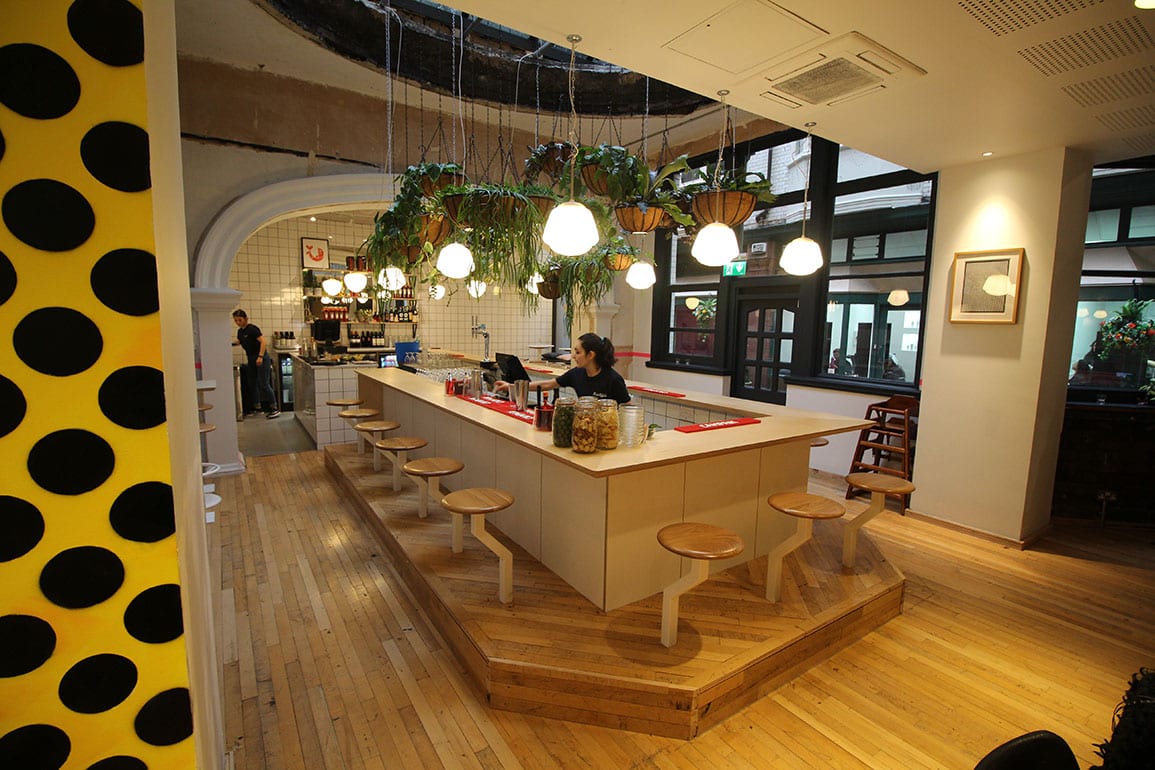 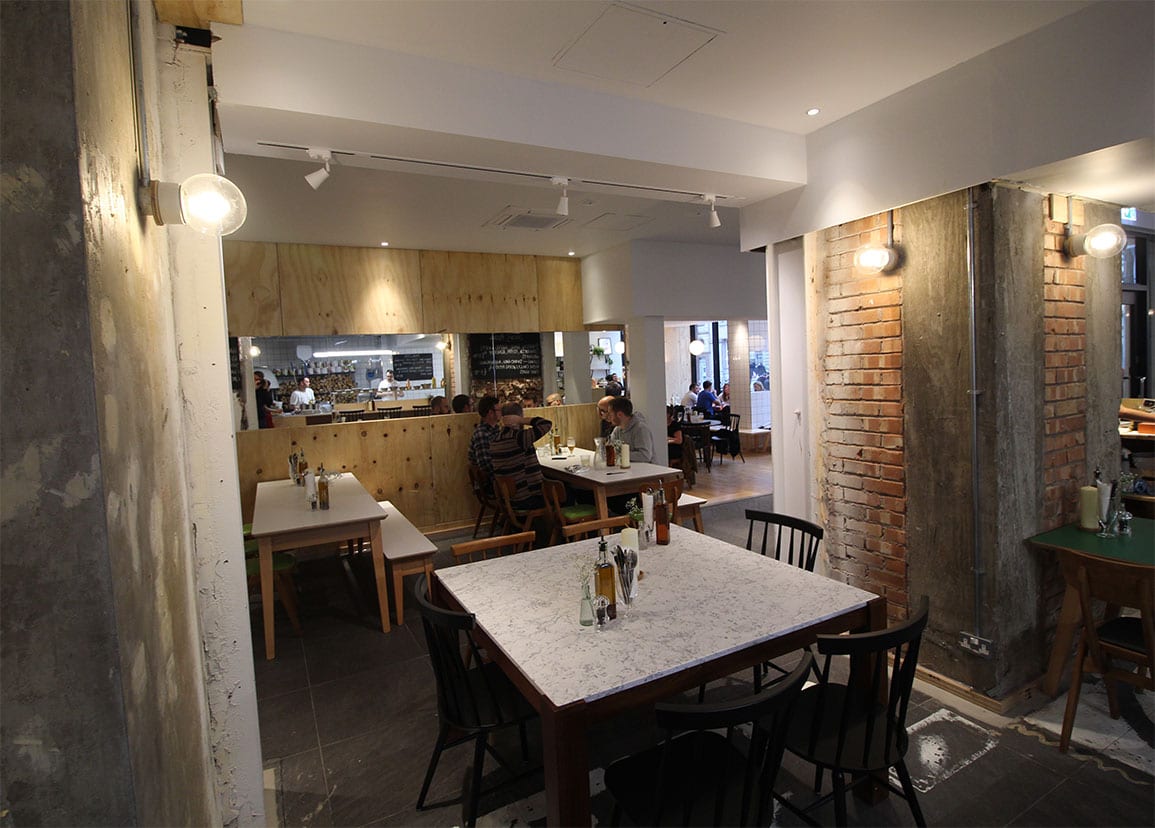 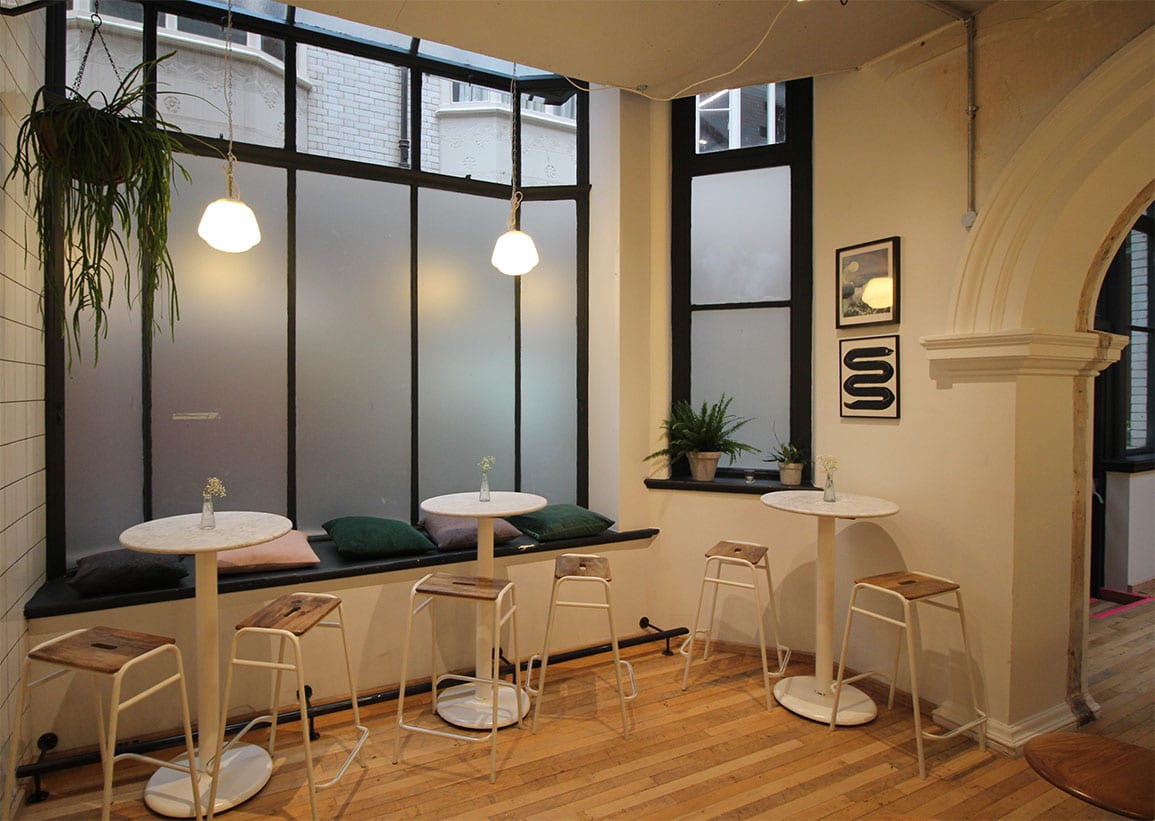