The aim was to recycle the existing concrete frame of the two derelict 1960’s slab blocks by supporting and extending the footprint with a new steel frame. This doubled the number of apartments, making the scheme financially viable. The existing building is masked by a new concrete cladding solution with slot balconies to emphasise building horizontality. Significant interventions were also made in the landscape with the creation of a square, entrance gateway, allotments and gardens to foster a sense of community. The scheme has won an RIBA award. The interior design concept was closely linked to the building marketing strategy, which was developed through the introduction of allotments by Union North. This led to the creation of a leaf pattern and can be found in the laser cut steel panelled entrance gateway, signage and kitchen splashbacks. Birch was used throughout, forming the floor plane and kitchen units. Patterned back-painted glass forms the backdrop to the kitchen and living space. Andy James was project architect on the scheme for five years. 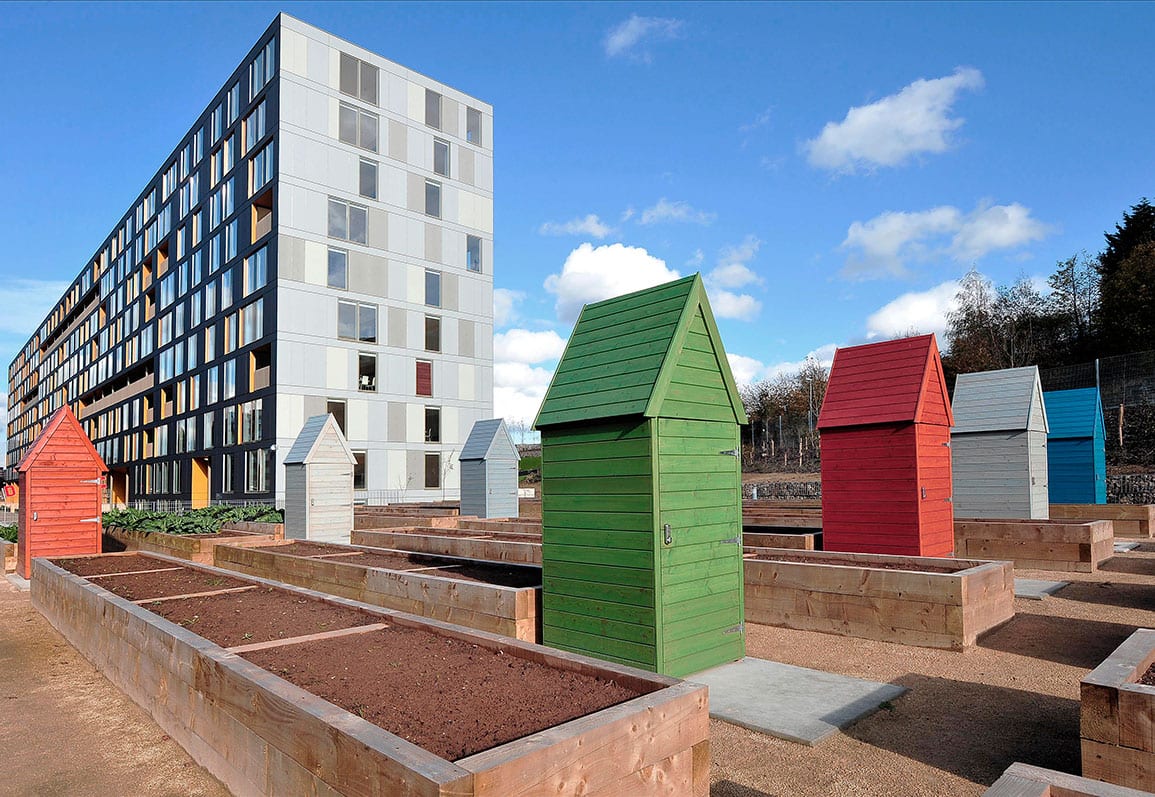 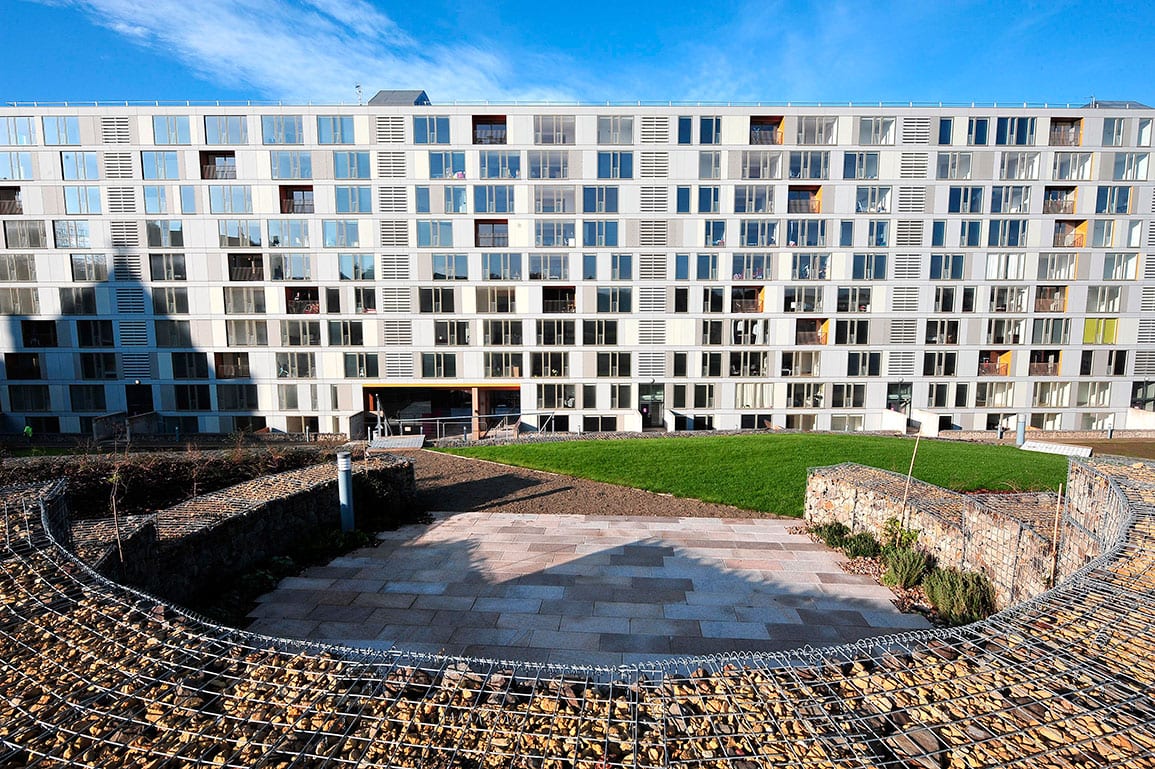 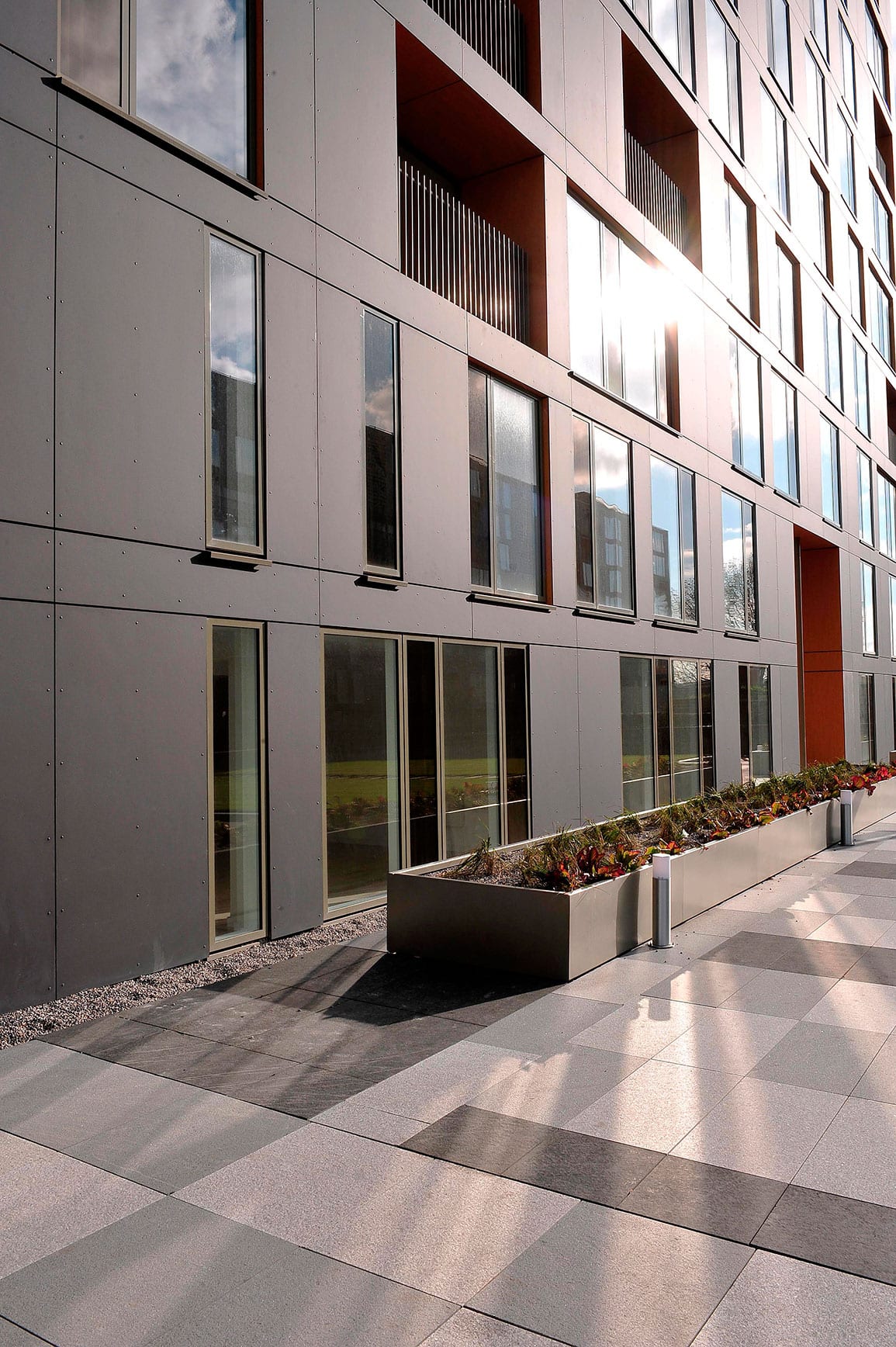 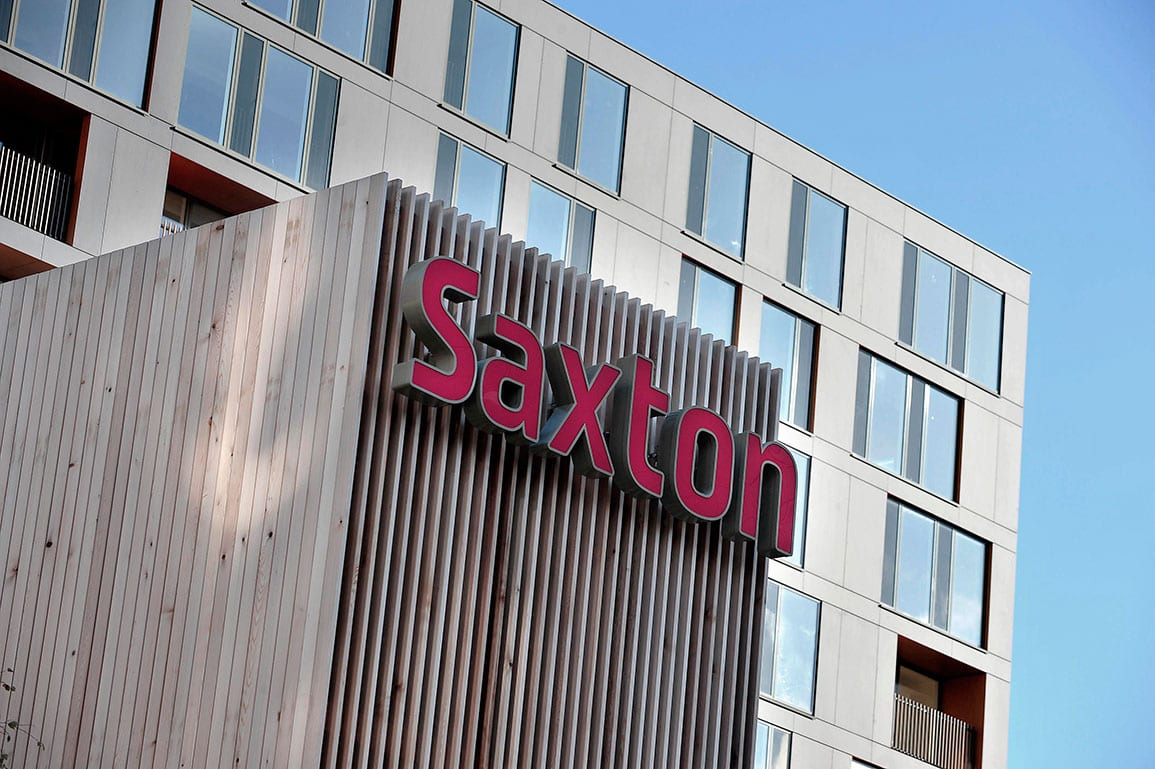 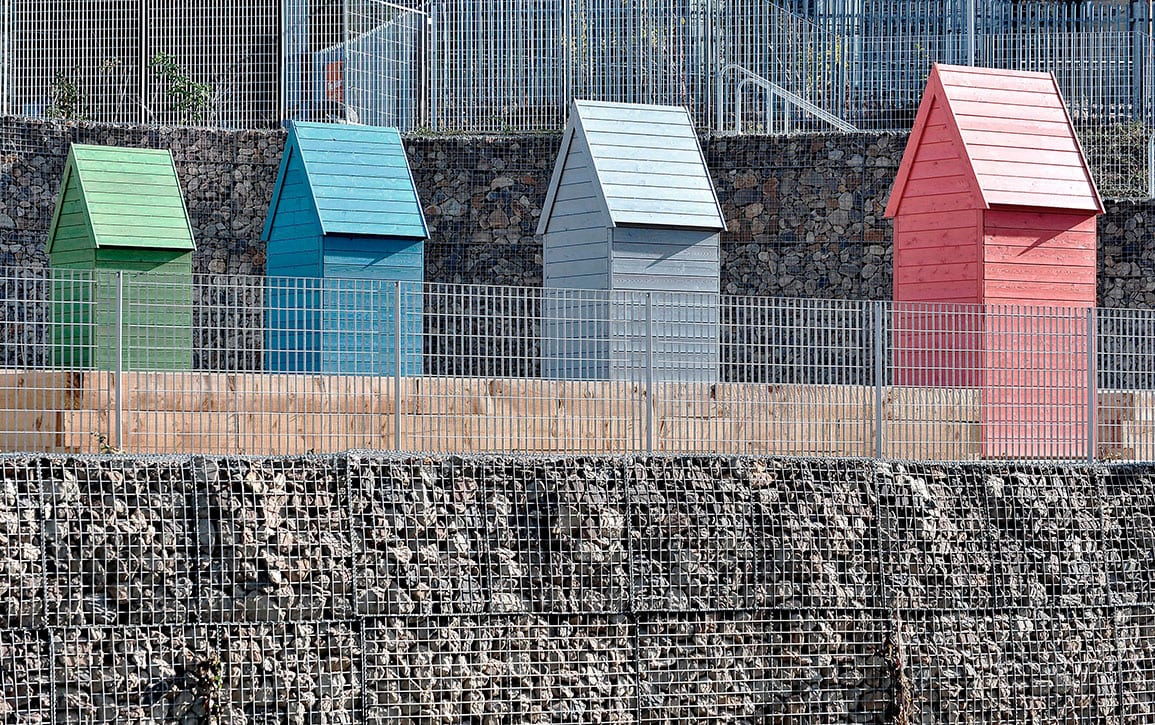 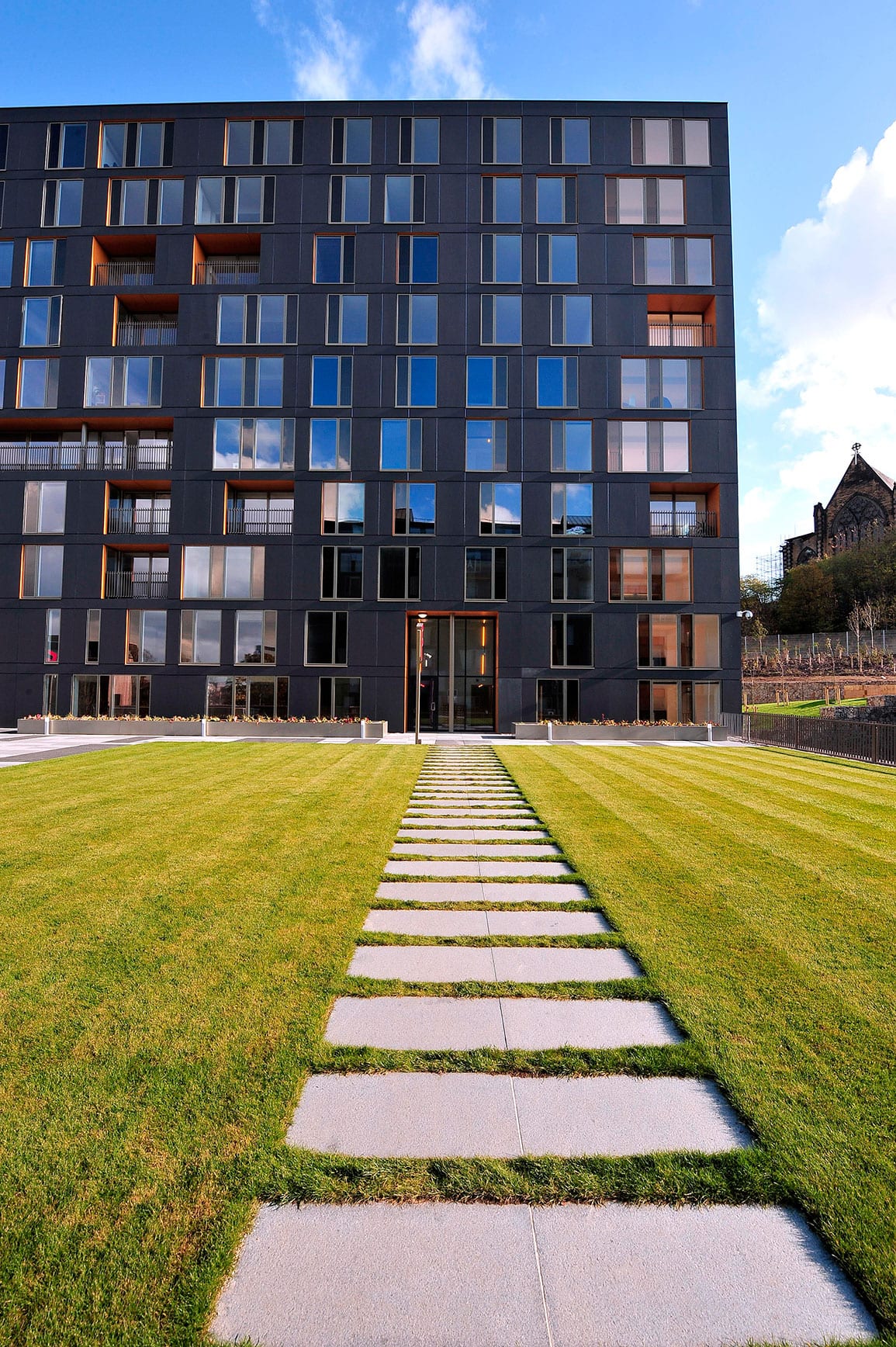 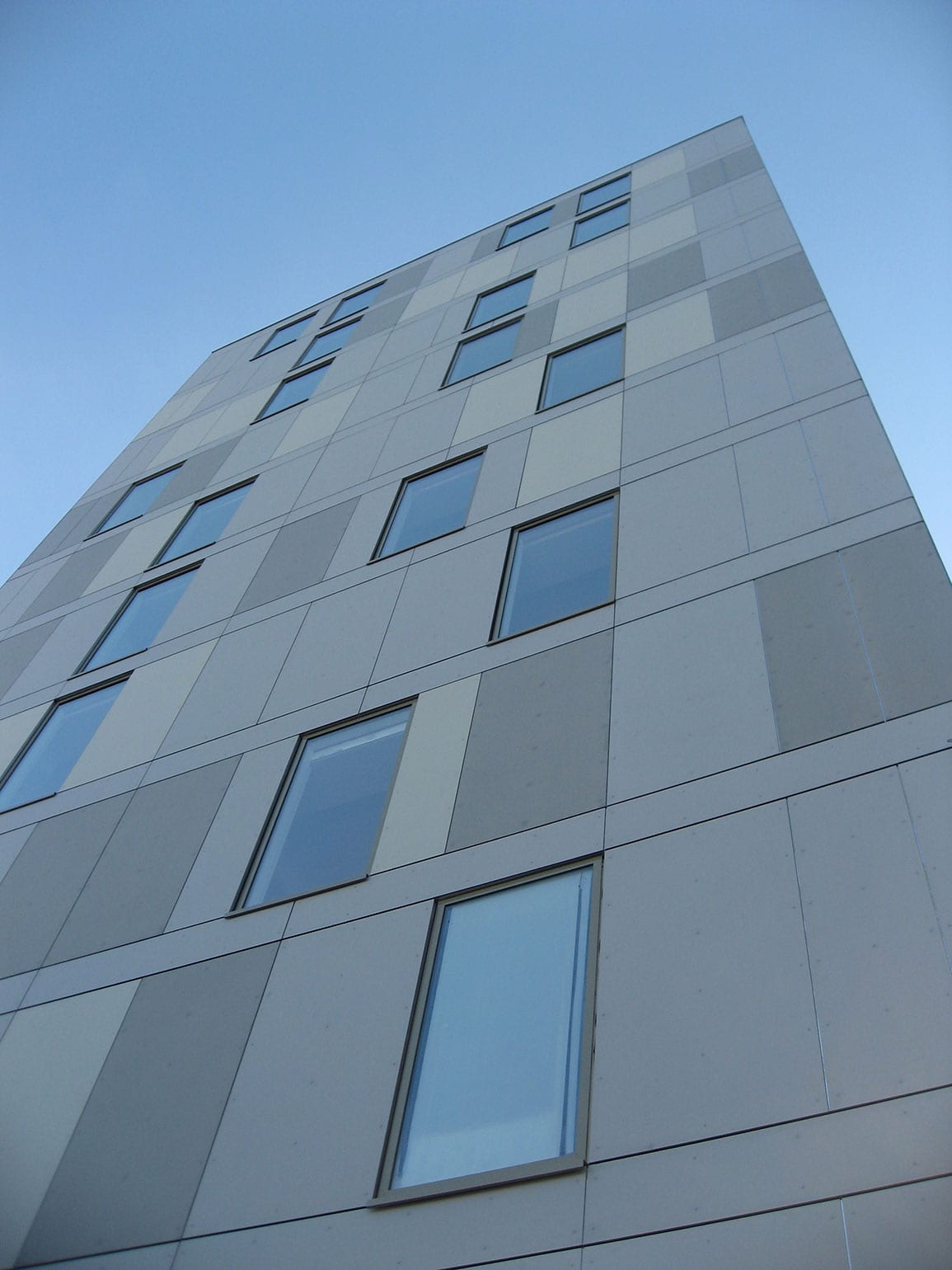 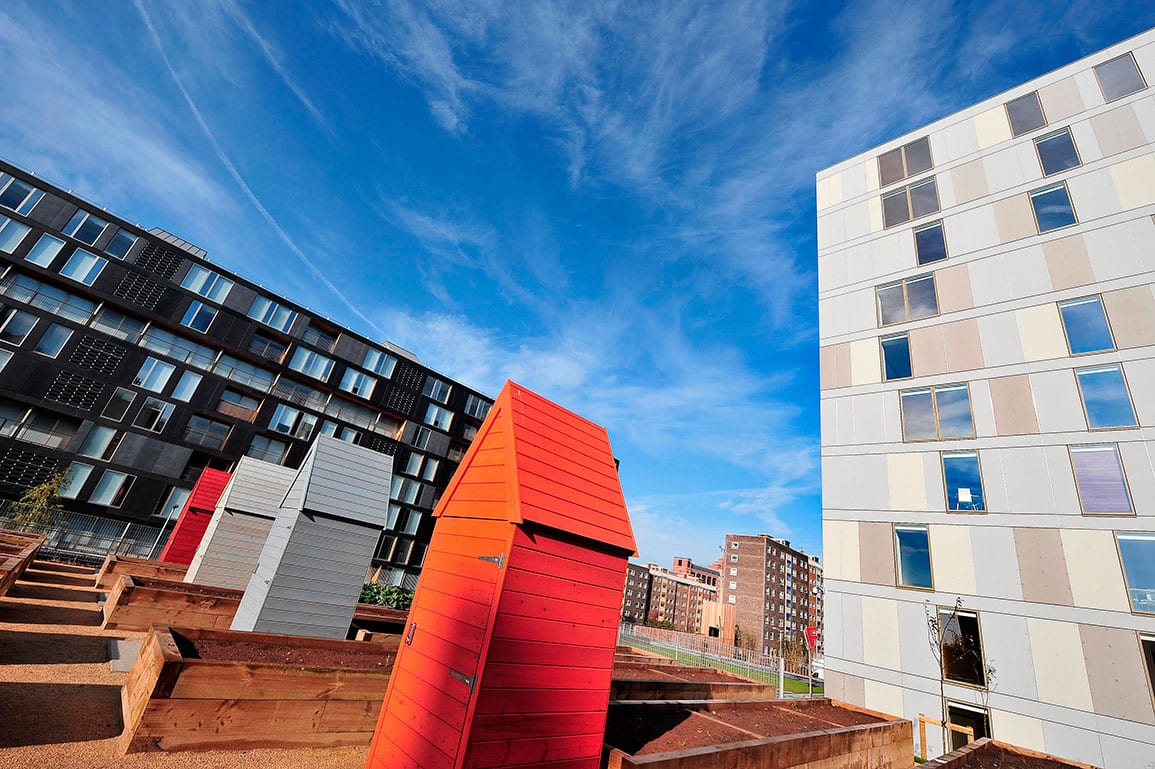 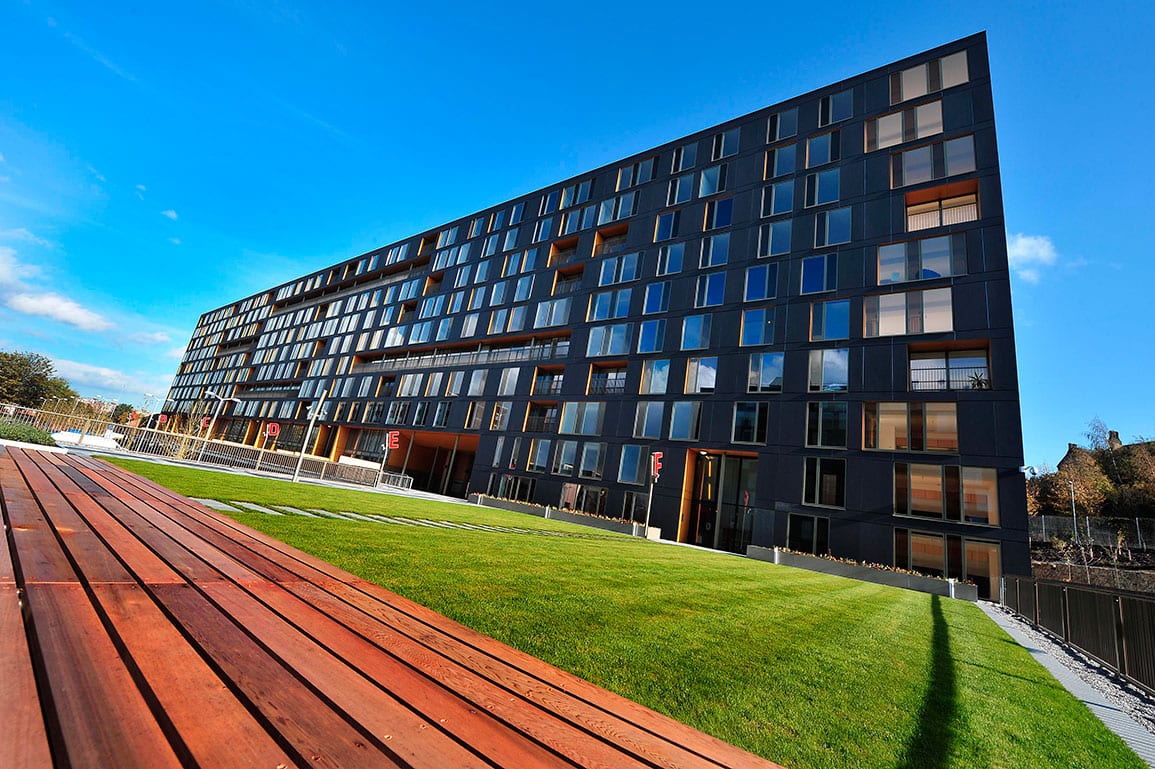 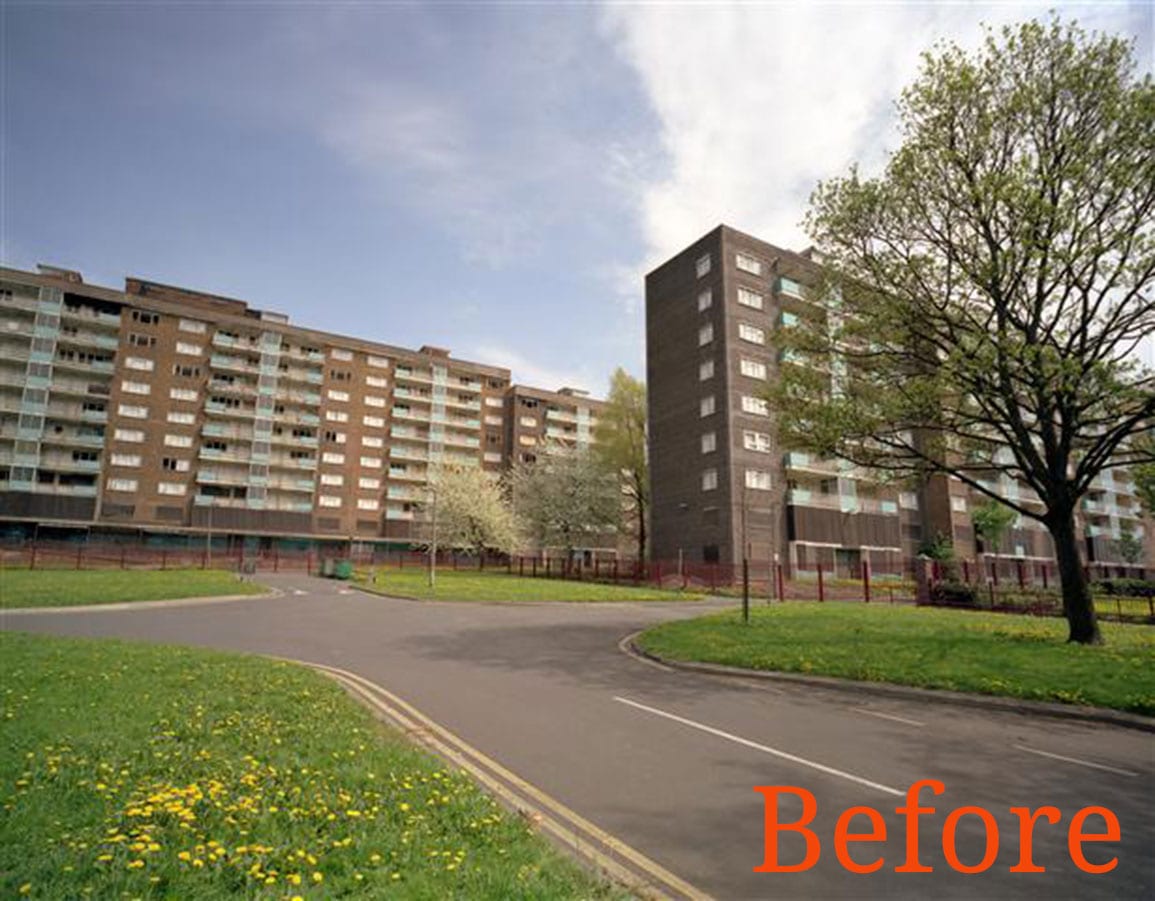