The existing premises have been owned by the Royal Court for seven years and are used for play rehearsal, admin and set building. It also houses a subsidiary business called Northwest Costumes Ltd, where costumes are stored, lent and sold to trade customers. The existing site is comprised of four adjoining light industrial buildings outlined below. They are in a poor state of repair and numerous leaks and structural issues exist on site. The proposal is to expand the existing offer by building a larger new build set of warehouses on the existing site with dedicated facilities and additional space to serve the Royal Court and other theatres in the North west. ‘The Workshop’ in Everton is a key driver for theatre development, resilience and sustainability in the region, providing a city centre resource available to all. The project addresses key issues of shared resources, improved functionality, and increased productivity. It addresses issues of reduced public revenue funding and the need for theatres and the cultural sector to work more collaboratively to improve efficiency. The building is to comprise a large workshop with set store, designated material store, tool store, lockers and painting booth. It is to be a double height space with a 3 tonne crane giving the ability to erect and paint an entire set in one piece. Up to three sets can be in production at any one time in the space. Access is afforded at either end for a successful work flow. Three large rehearsal rooms are proposed at second and third floor levels. Each with an independent store and sufficient space for visitors and a band. An office for approximately 10 people is to be located on the second floor. It is to feature a connected meeting room. A green room is also proposed on the second floor with a kitchen, dining, lounge and balcony. The costume store is to feature a designated entrance with storage over two levels. 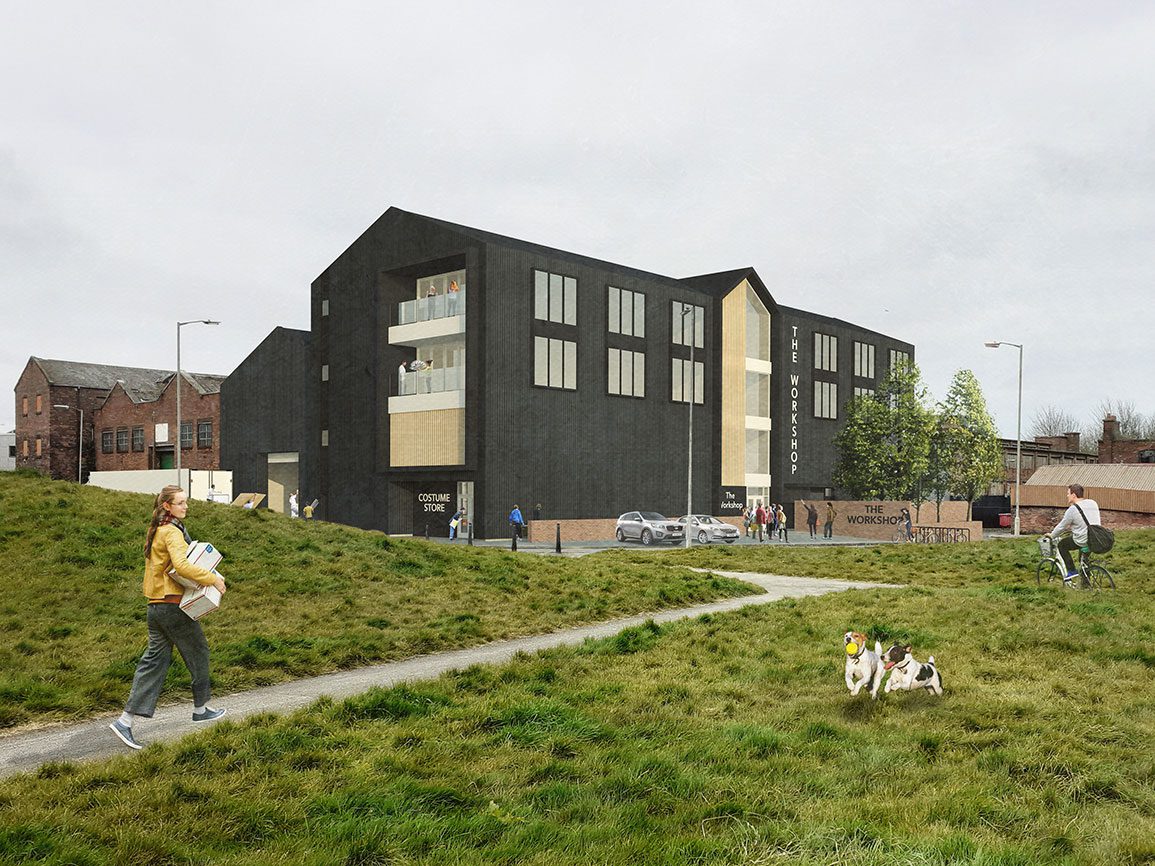