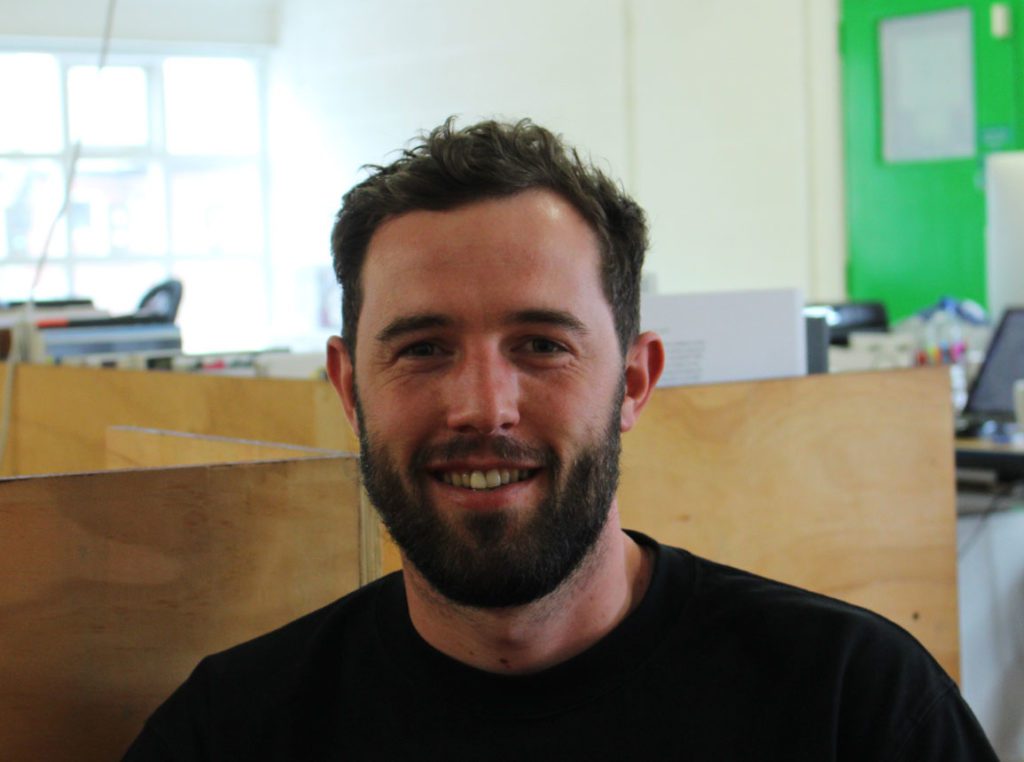 Michael joined Architectural Emporium in November 2017 having gained a Distinction in his Masters degree at the University of Newcastle upon Tyne, specialising in Experimental Architecture. As part of his Masters, Michael studied at the University of Sydney gaining a High Distinction in Digital Architecture. He also enjoyed travelling around Australia and New Zealand. Michael’s education has centred around social architecture and providing visionary proposals for how we will live in the future.

Michael came to Architectural Emporium after working with the Salford based charity, START Creative. His work there focussed on using woodworking as a creative therapy in his local community. He helped to build a large scale eco centre, small pavilions and small craft items for sale. Michael discovered Architectural Emporium whilst helping to produce sustainable tables for the Walk the Plank project.

Since joining, Michael worked on numerous projects at all work stages, gaining invaluable experience so that he could pass his part three qualifications.

Outside of work Michael is beginning to develop his own house in Liverpool along with pursuing his hobbies of graphic design, running, brewing and cycling.