Architectural Emporium (AE) were selected to coordinate the community-led design process of a city block in Anfield adjacent to the successful community bakery, Homebaked.  The brief was developed by the community via a series of workshops following guidance from the city council. The site is to comprise approximately 26 homes, ground floor retail space to reinvigorate the high street, a community garden and a public square. Design proposals have been developed by Architectural Emporium through a truly collaborative series of workshops designed to gauge opinion and build consensus. AE created the favourites wall within the cafe, which helped to categorise the different components of a scheme such as this in order of preference. This method aided the further development of the brief and helped to gauge opinion on subjects such as form, access, materiality and outdoor space. A series of massing options were then presented, discussed and ranked on the favourites wall by the community design team, with the pros and cons of each option recorded. AE then presented three more developed massing proposals in sketch model format. The options were discussed in detail and again ranked on the favourites wall. One option was unanimously selected as the chosen design route. A meeting was held with Liverpool City Council and the planning department to discuss proposals in detail and within the context of the wider plans for the regeneration of Anfield. The design was then developed in more detail with a set of external communal spaces introduced to encourage interaction at the heart of the development. In response to the brief, the facade designs were developed to be relatively contextual and slick at the front with a ‘revolution’ in the back featuring offset large projecting gardens overlooking the recreation ground. A series of external communal spaces link the different layers of the scheme to encourage interaction and engagement of building users. The public square marks the start of the high street and features business incubator units, a cafe/restaurant and access to the apartments. A first floor courtyard encourages play with a slide and table tennis table. It also creates dual aspect apartments either side and provides a view for the open staircase alongside. This leads up to the rooftop garden, which provides a social space in which to gather with a bbq shelter. The rooftop private and public gardens feature views over the surrounding area and wider city. A mix of dual aspect apartment types with useble external space are designed to encourage a mix of tenants including families. 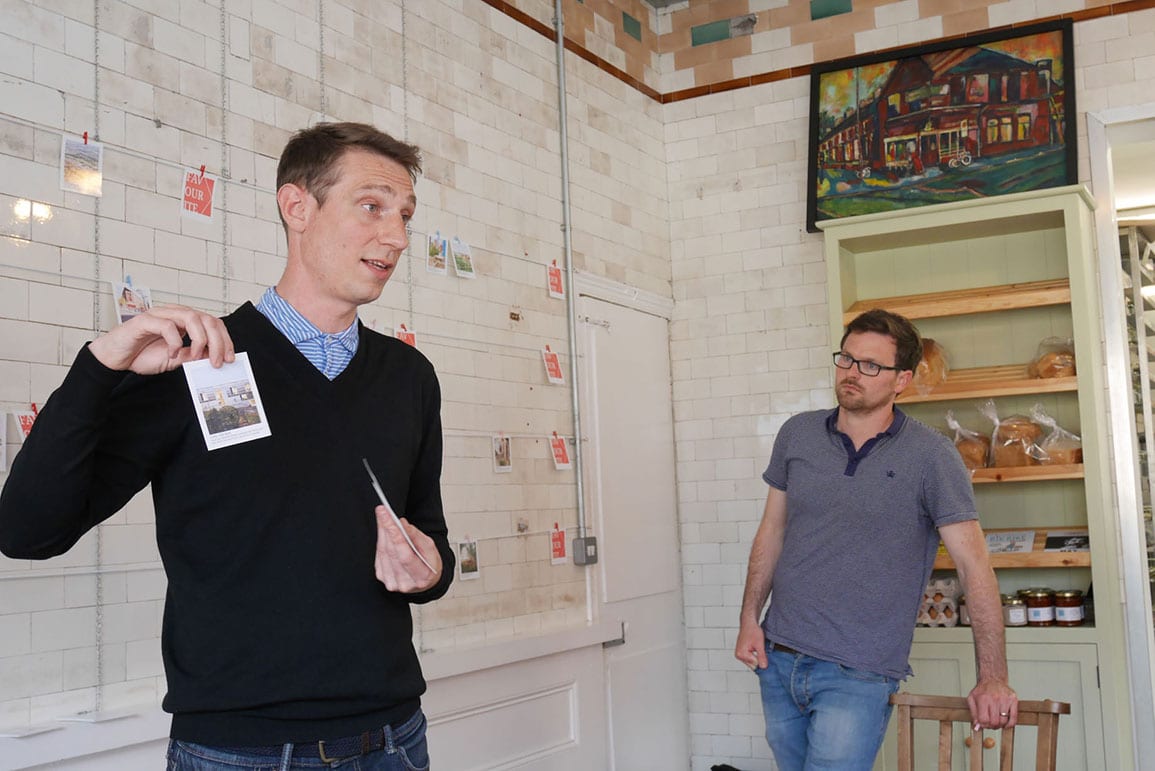 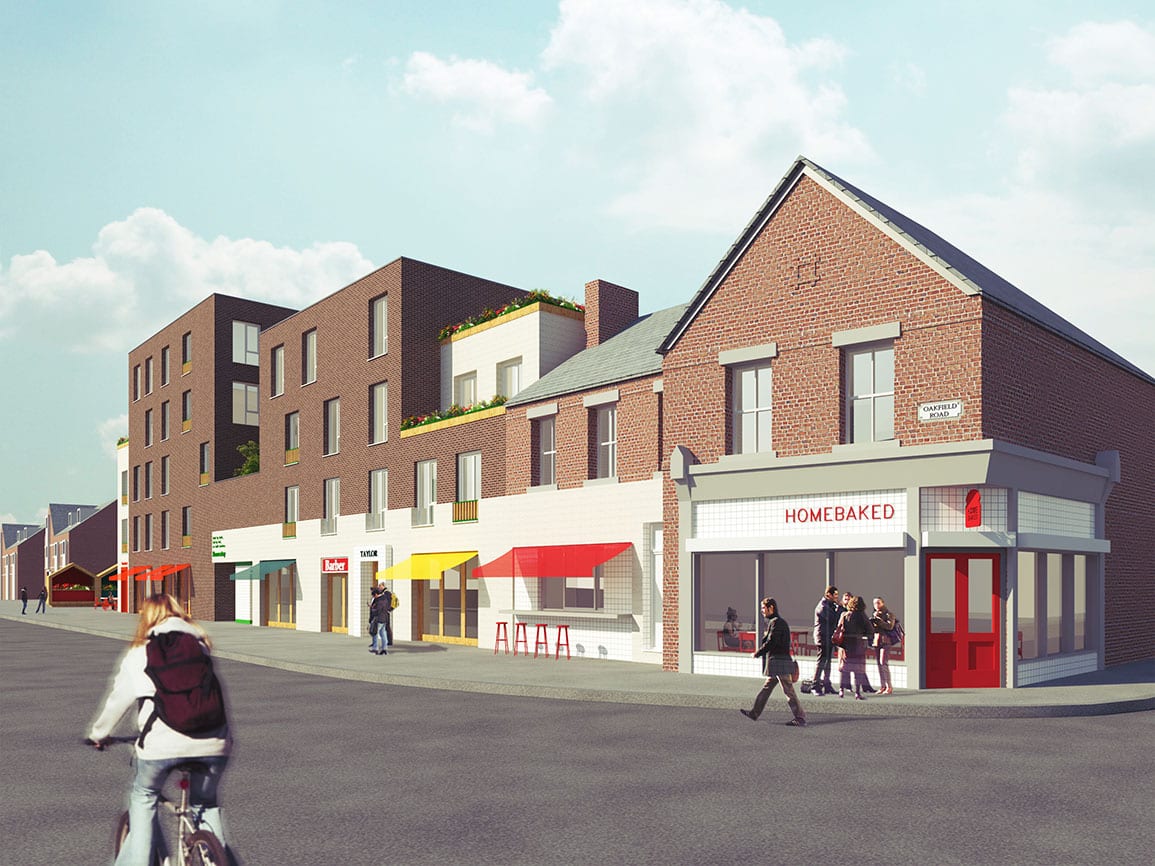 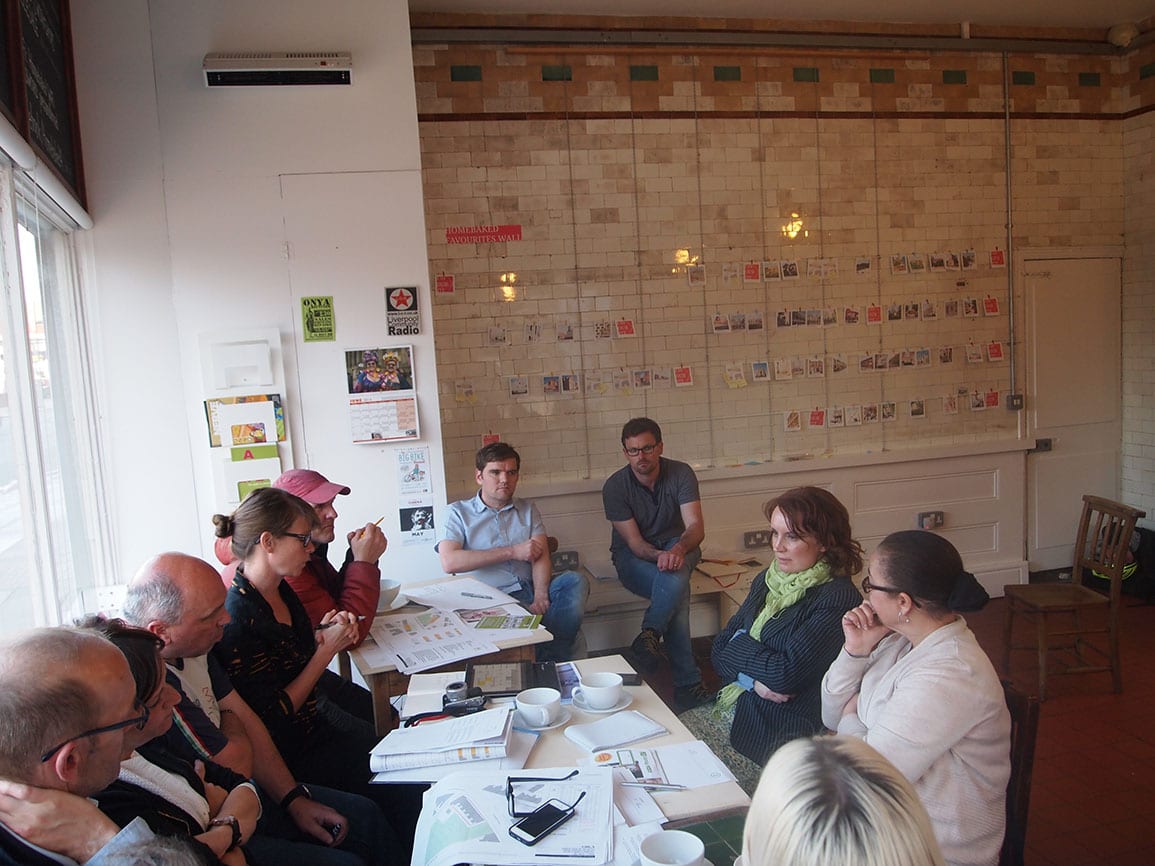 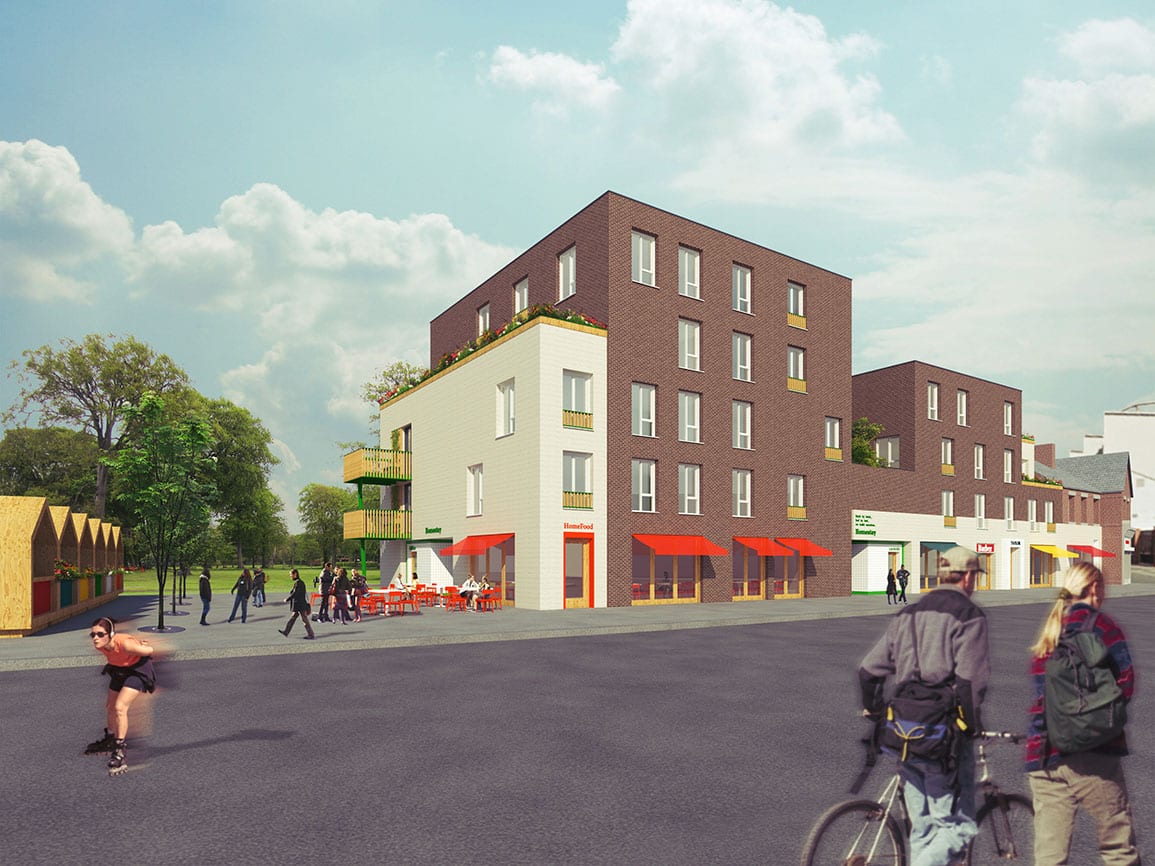 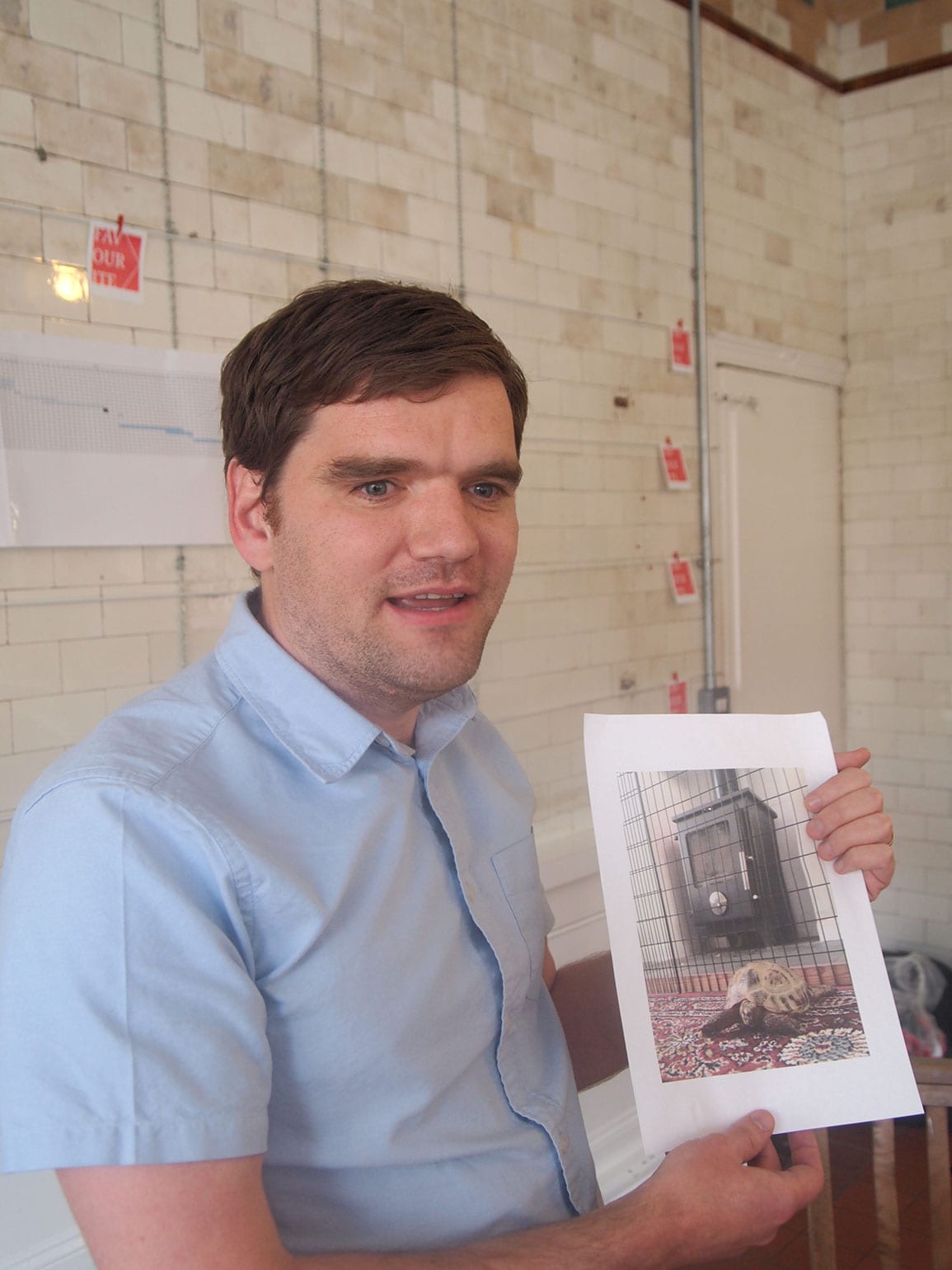 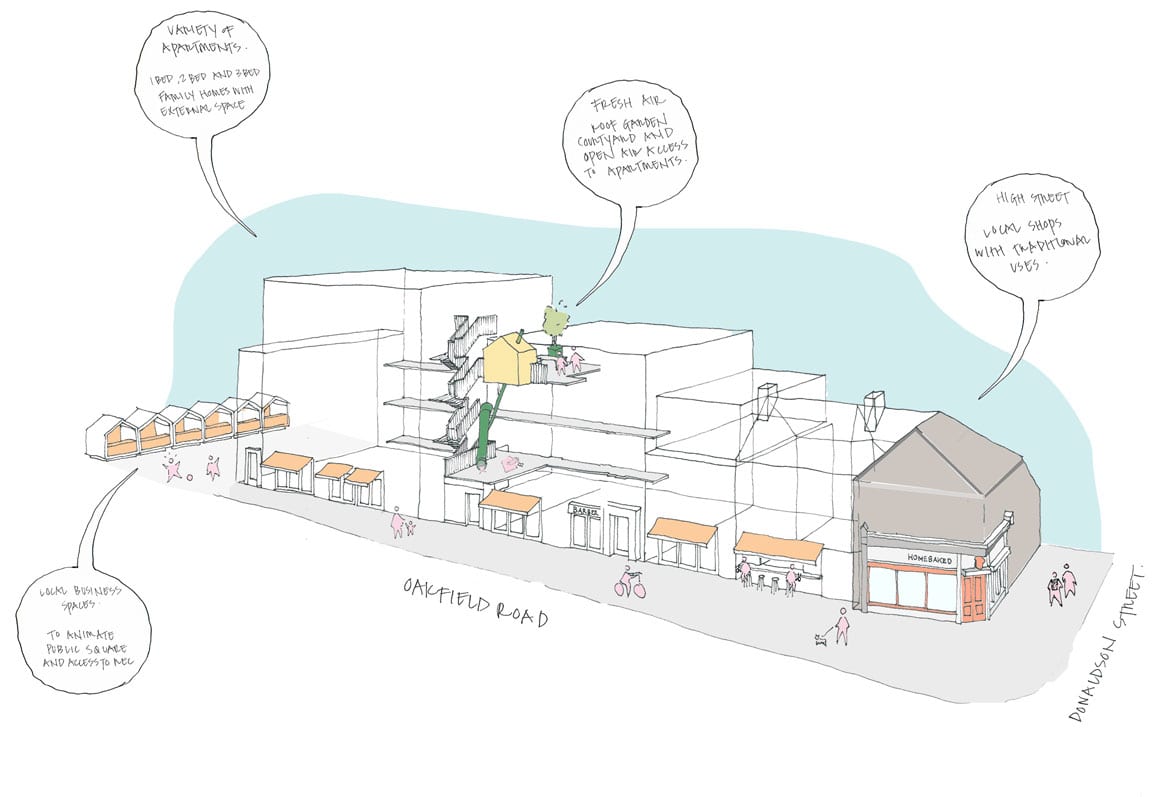 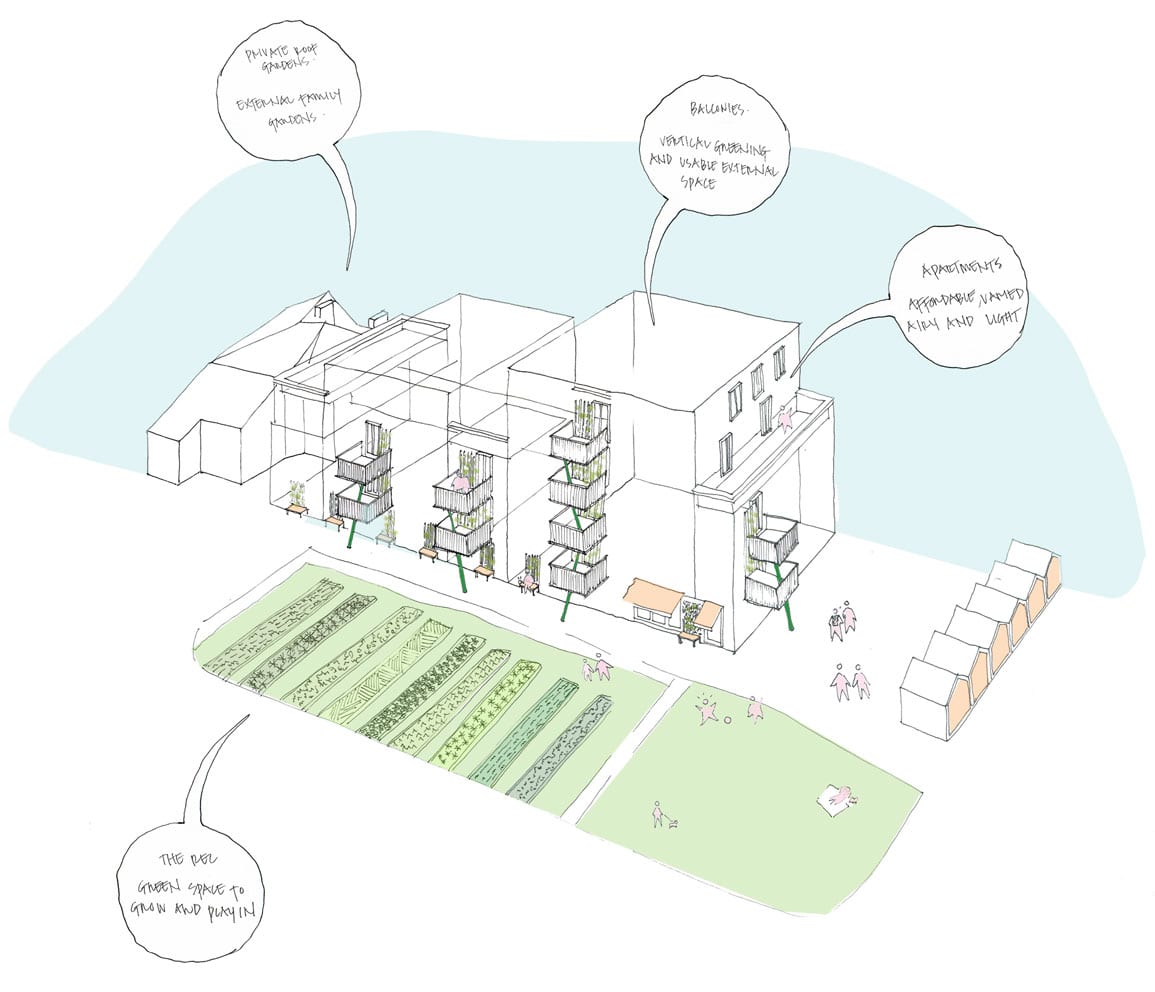 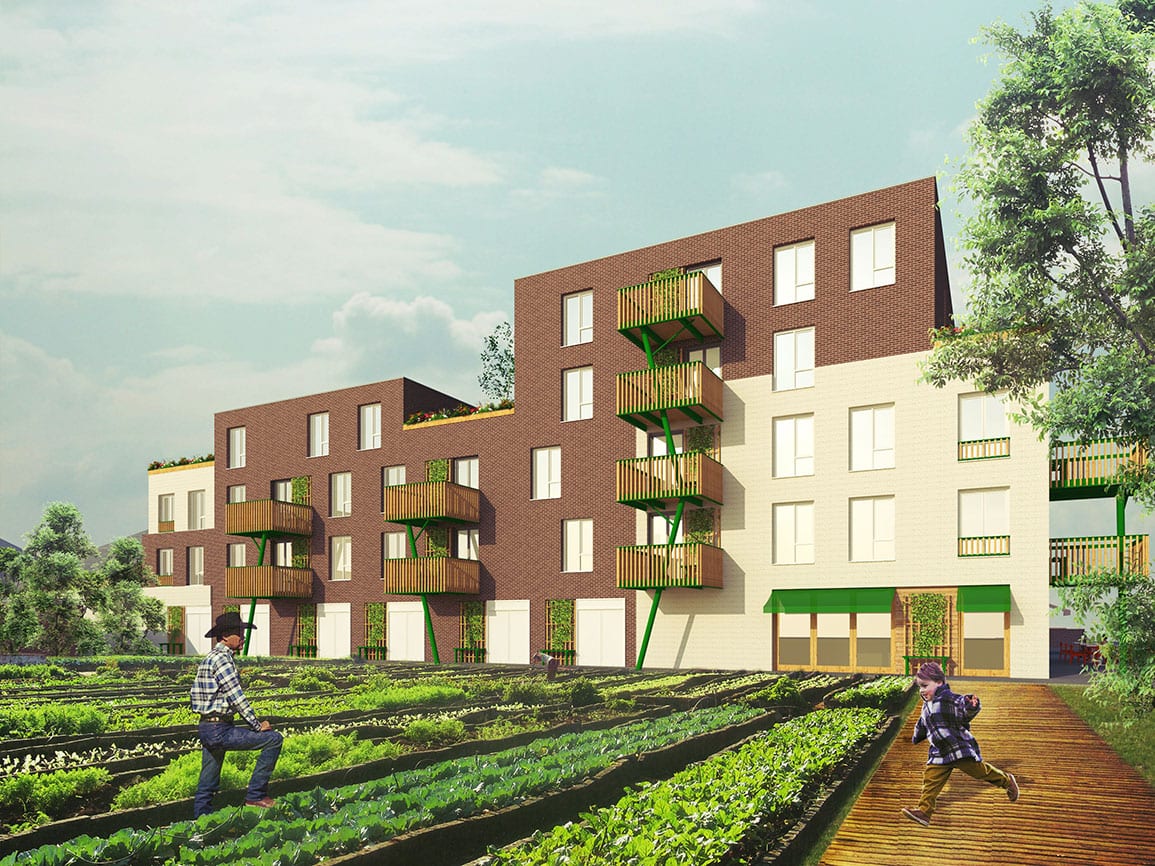 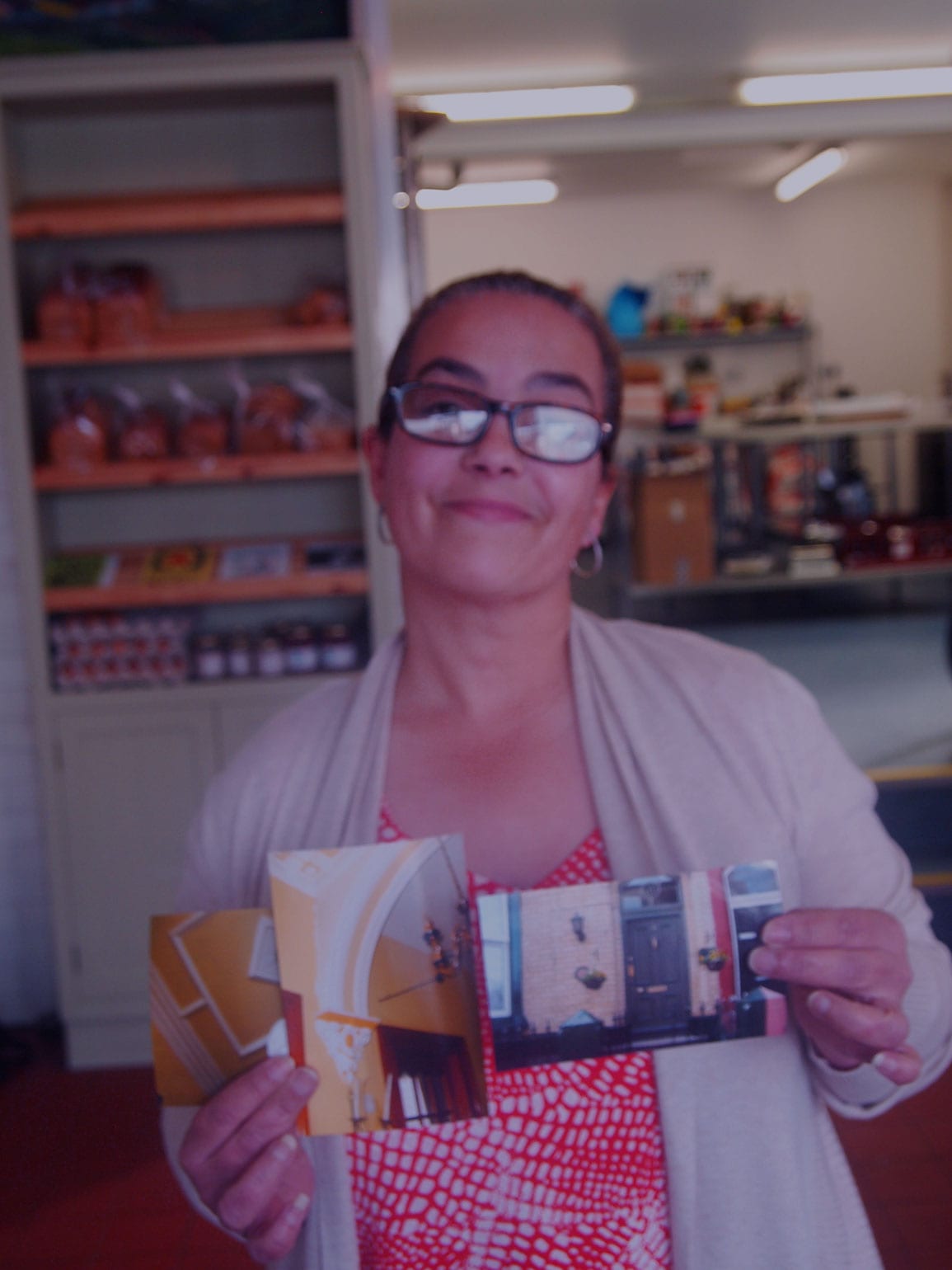 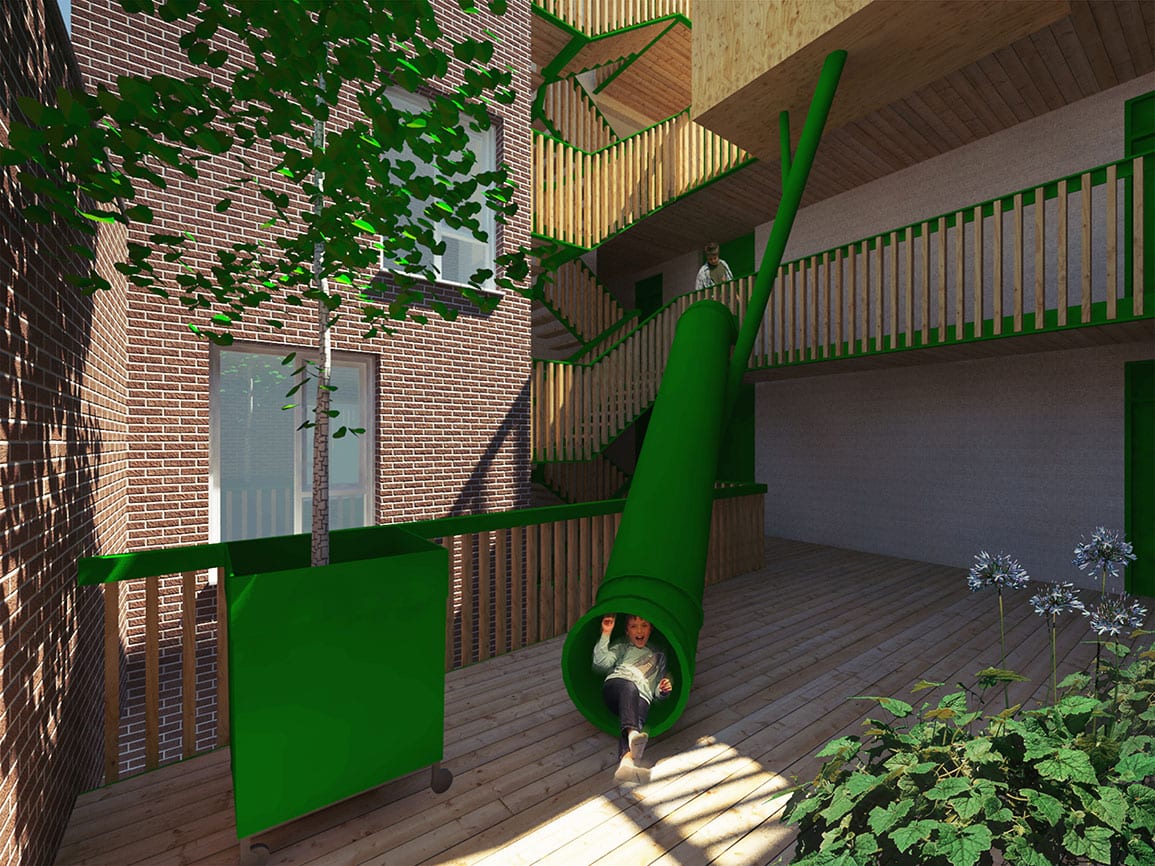 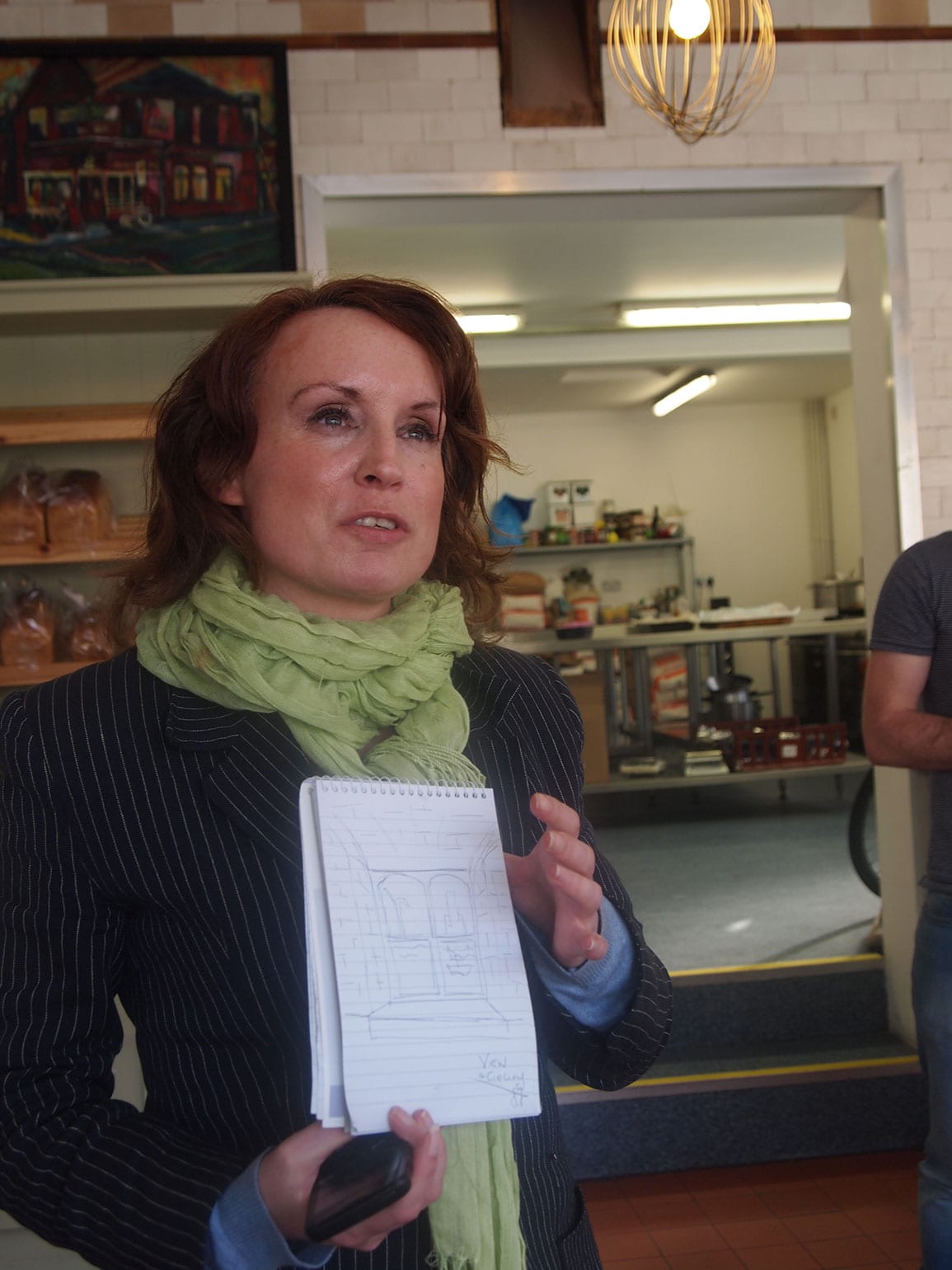 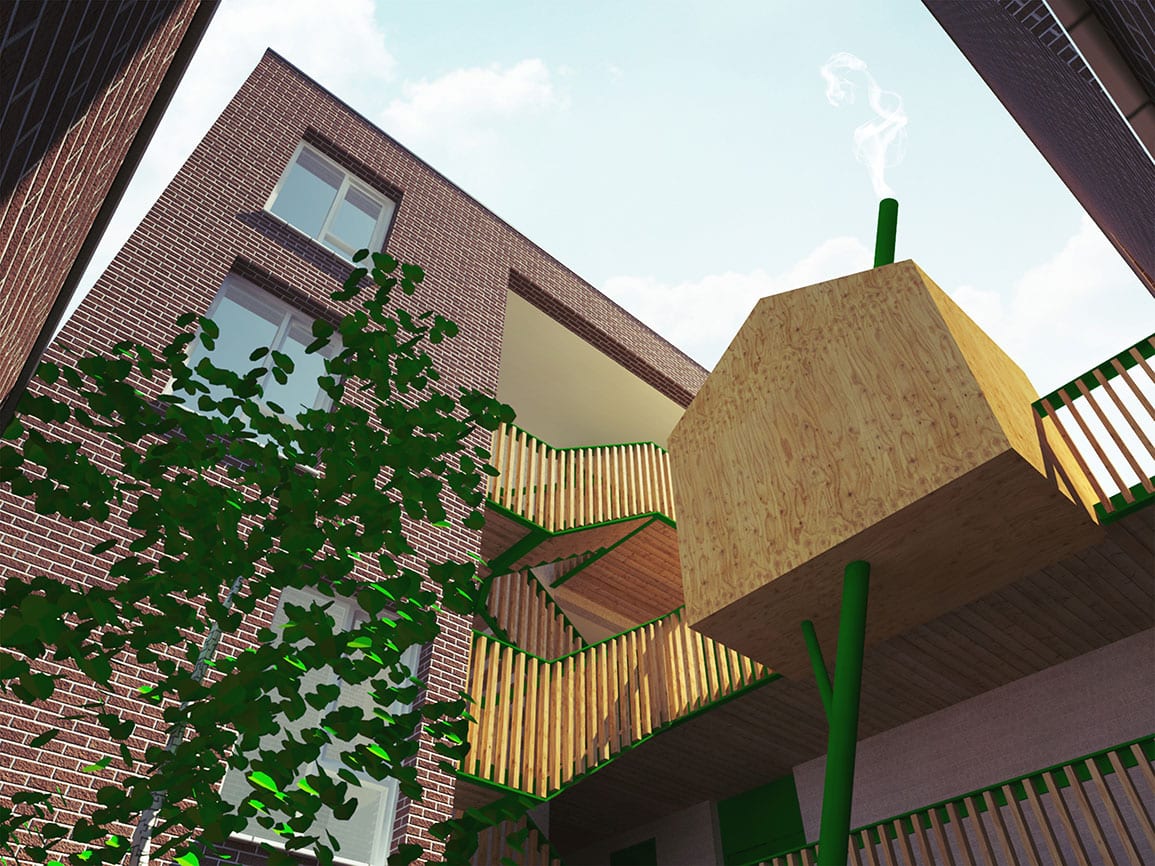 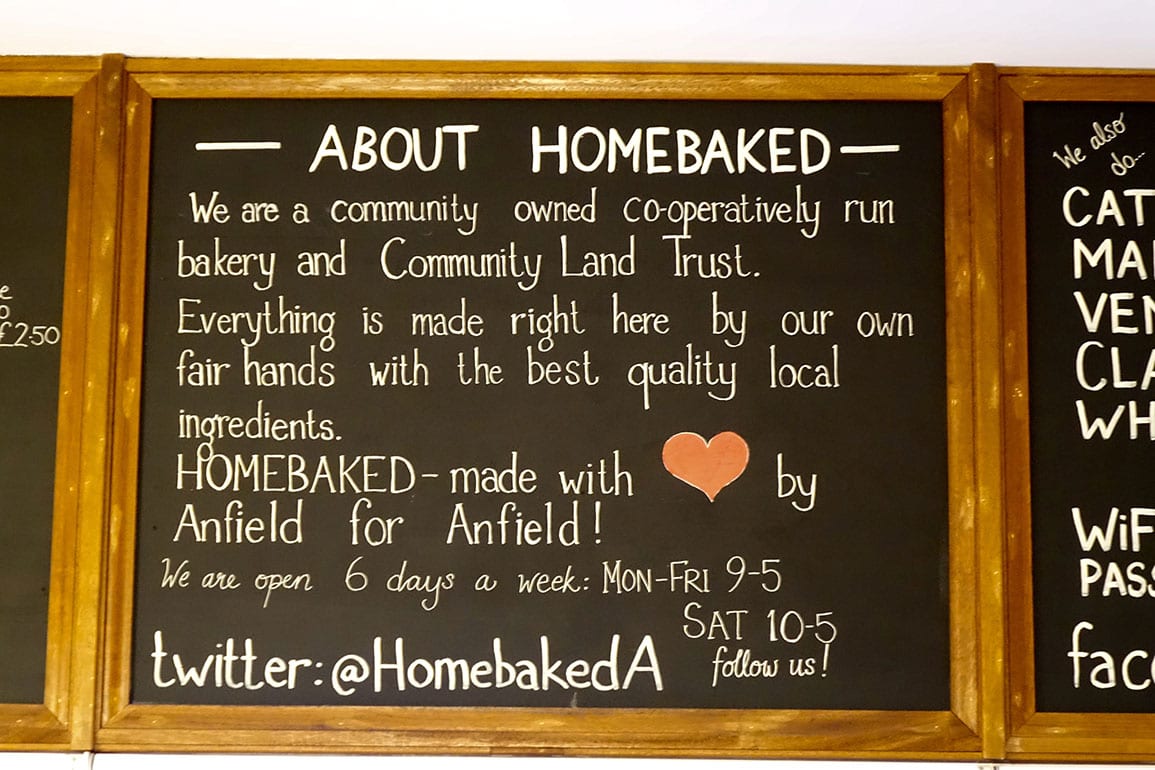 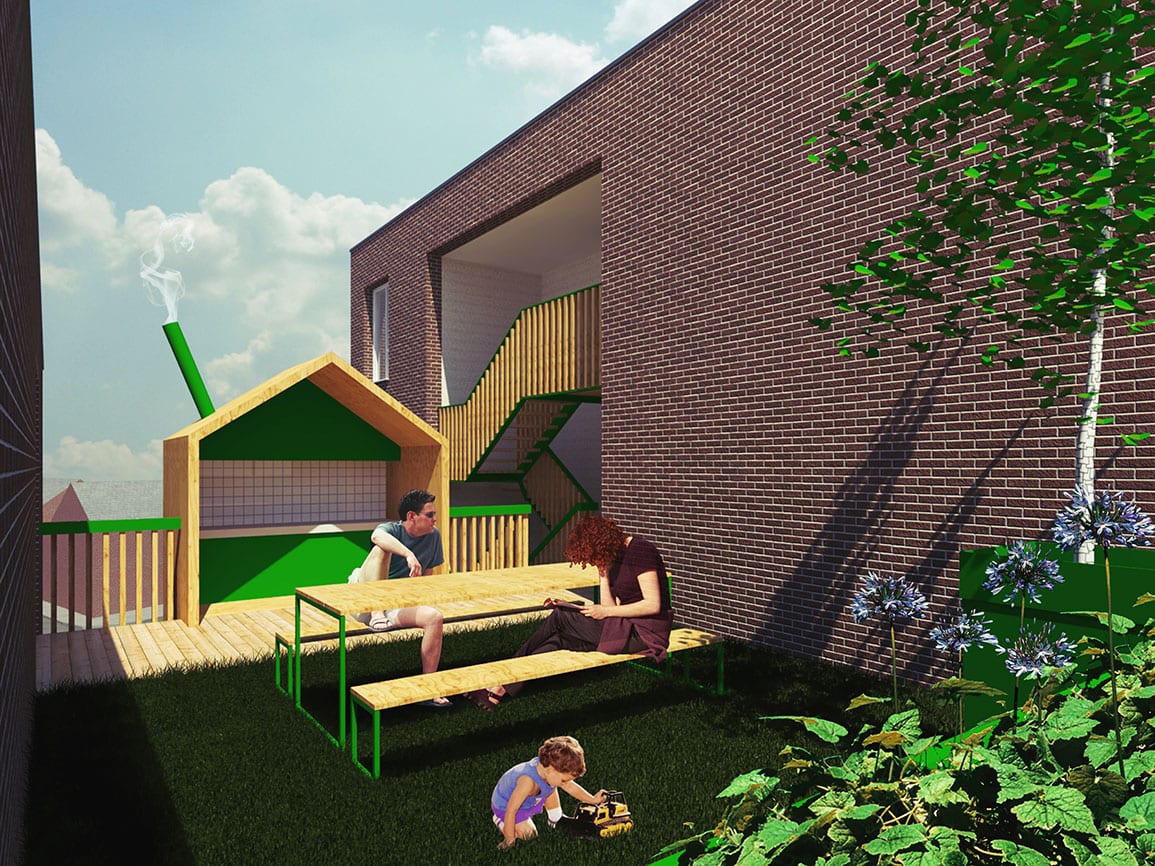 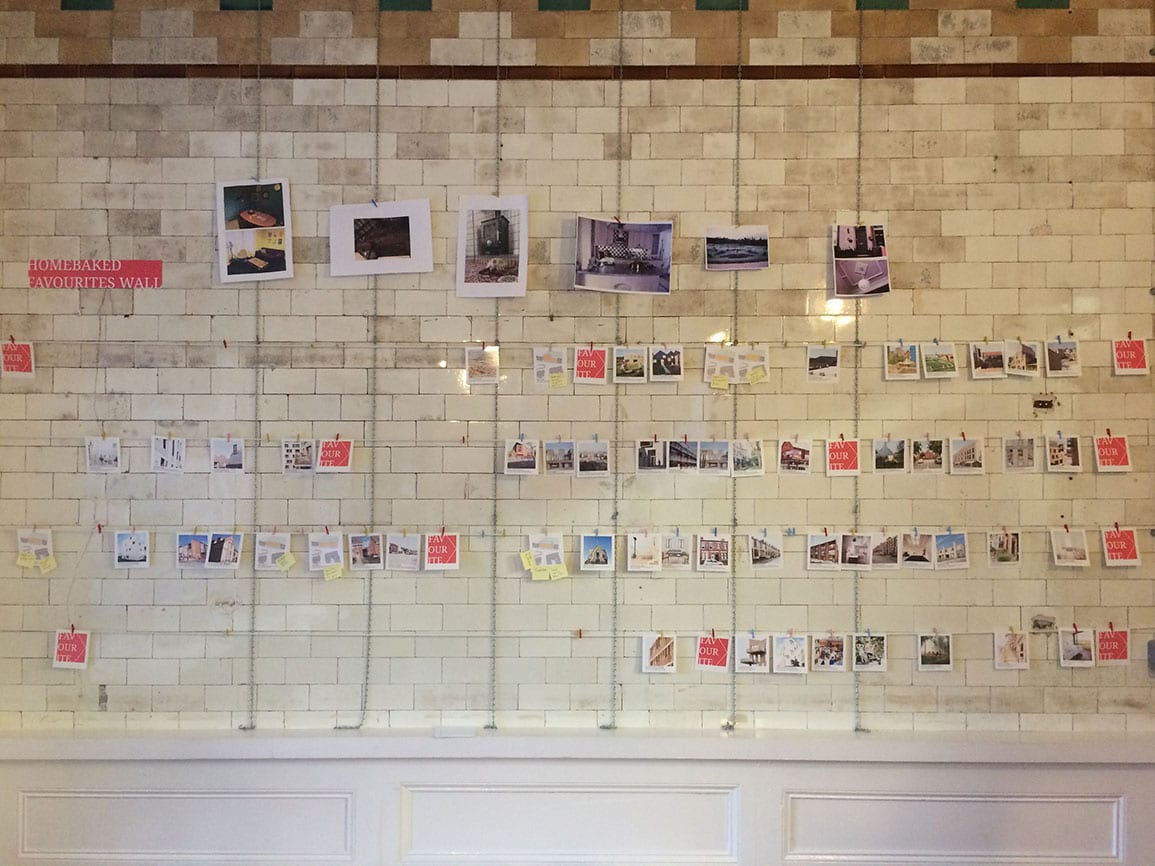 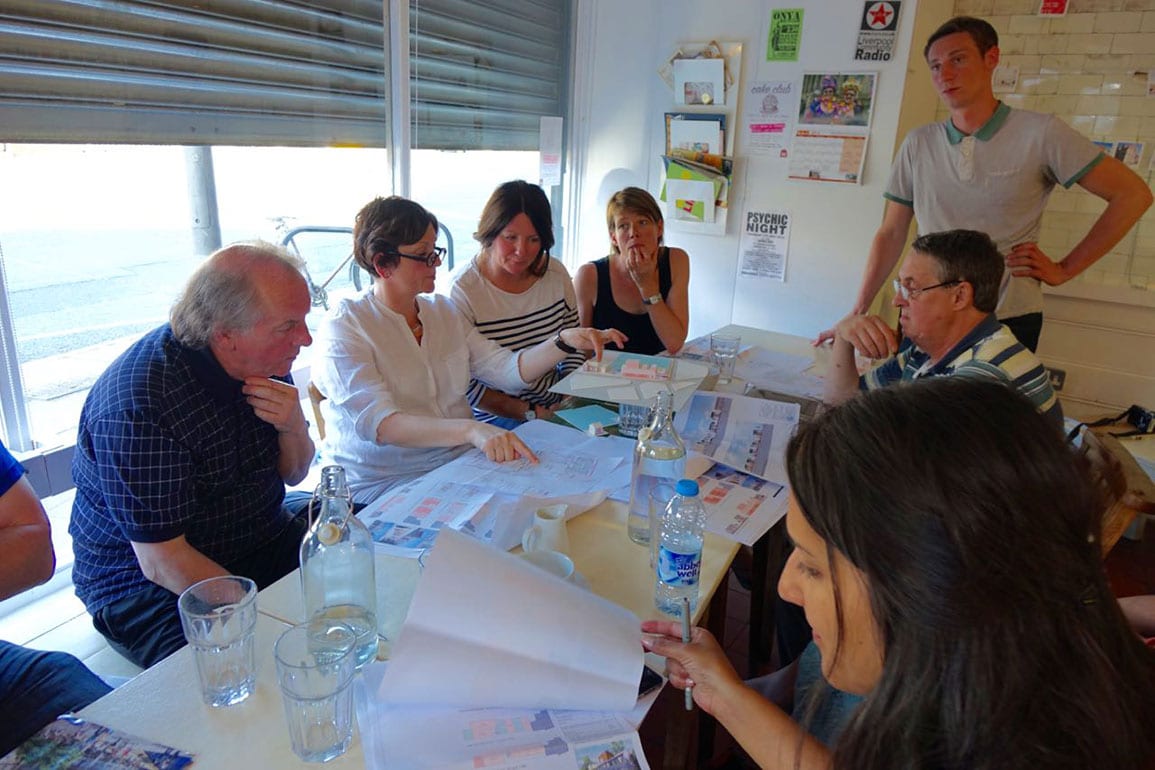 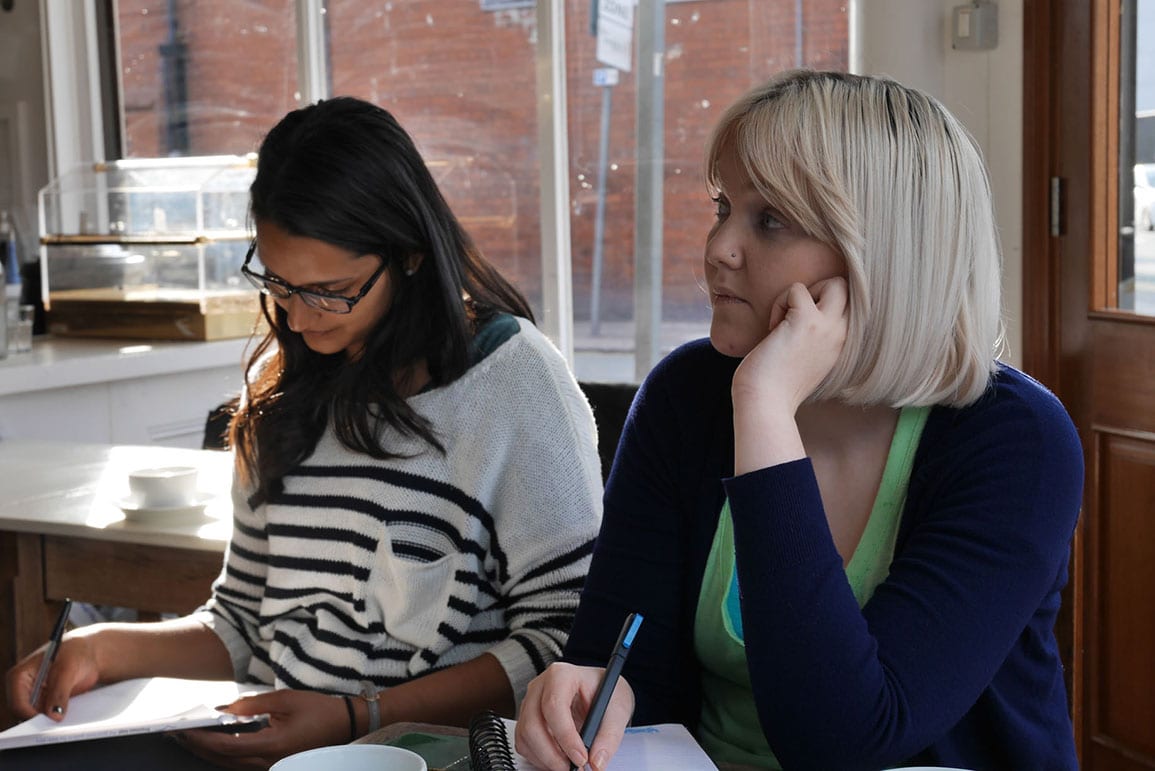 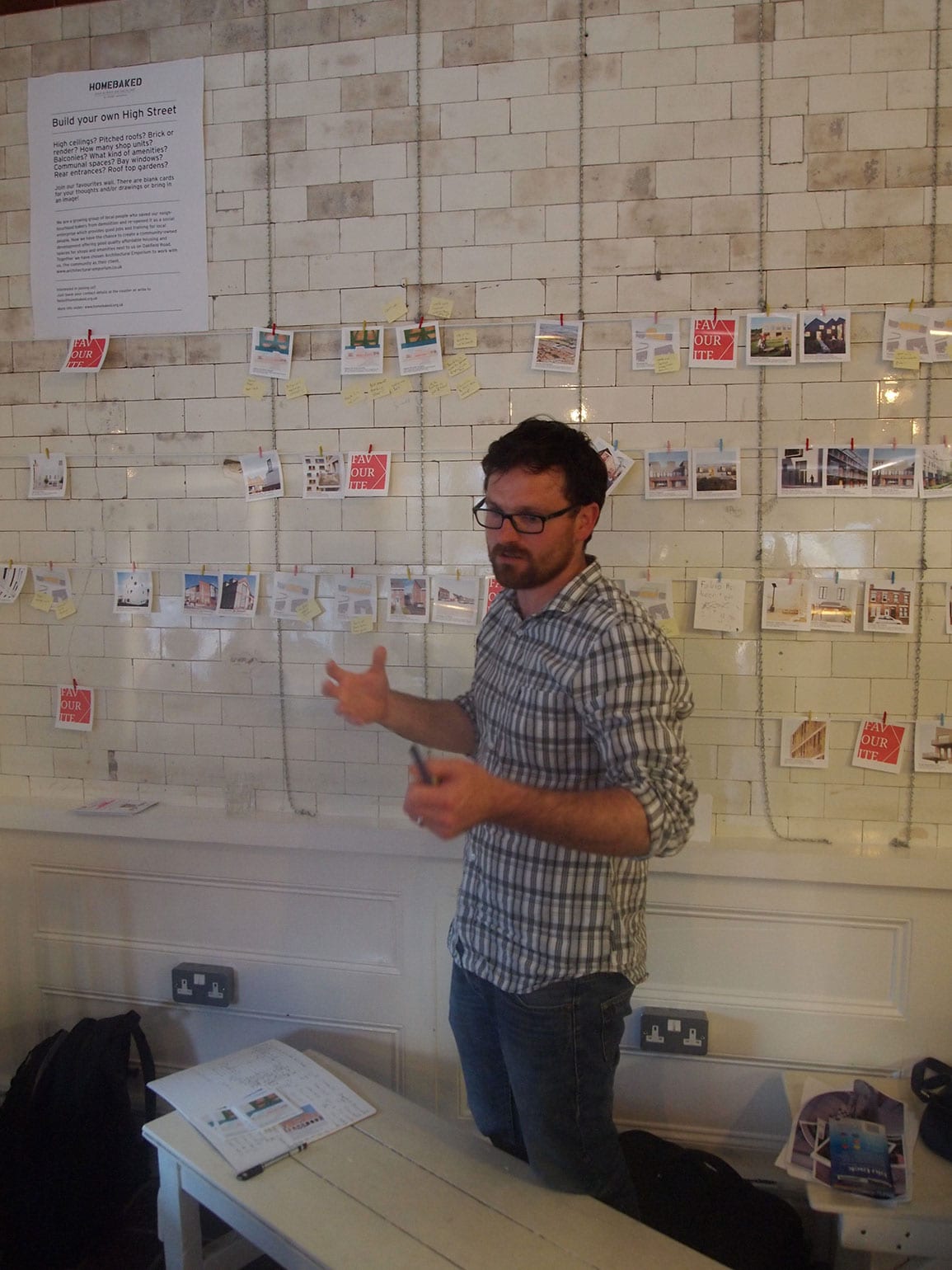 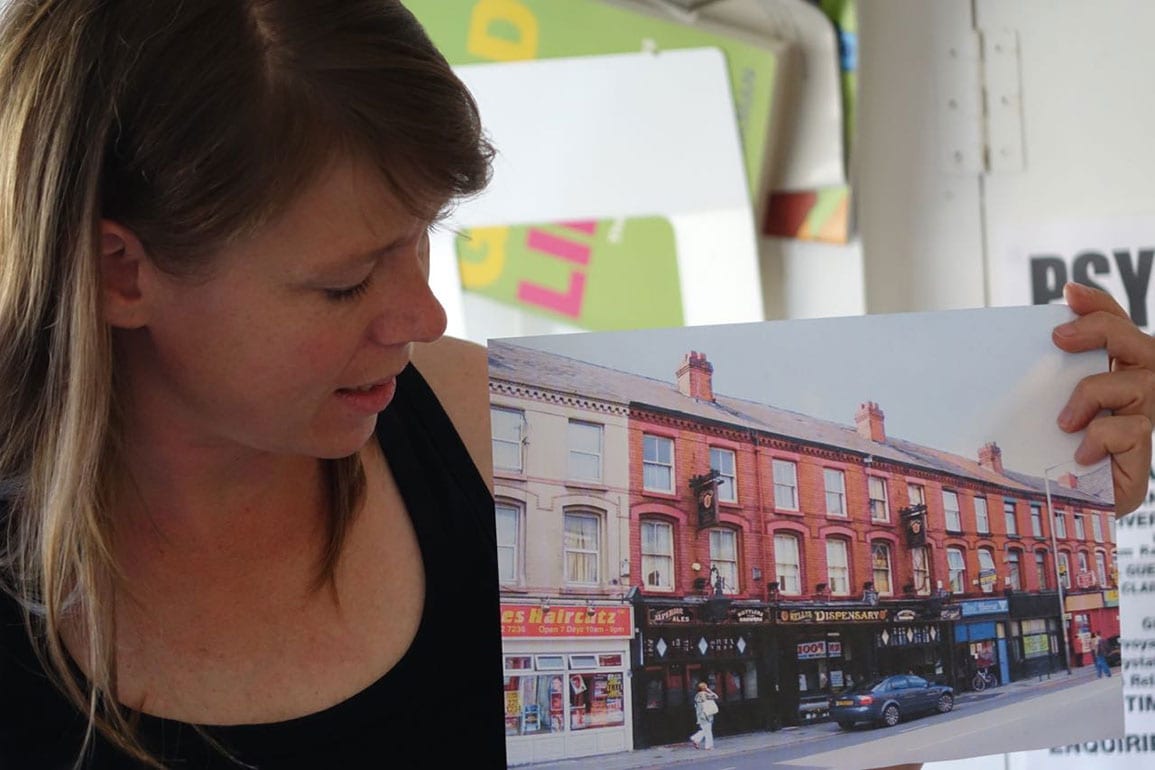 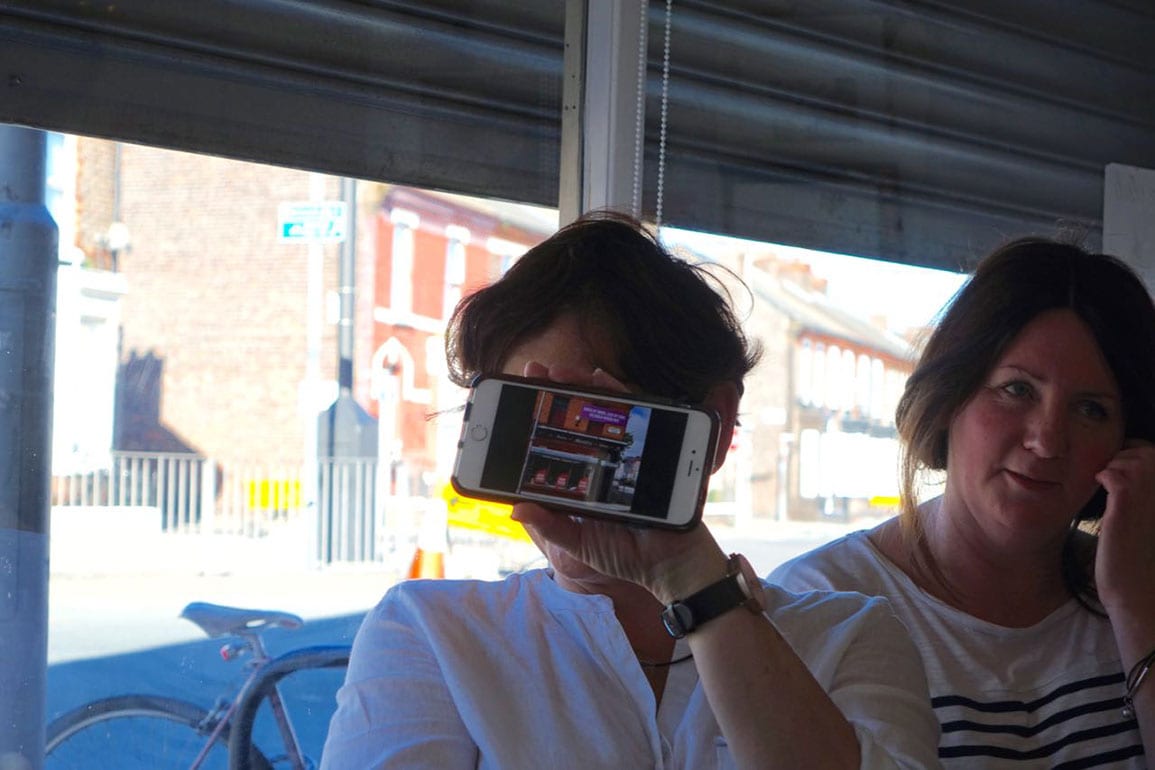 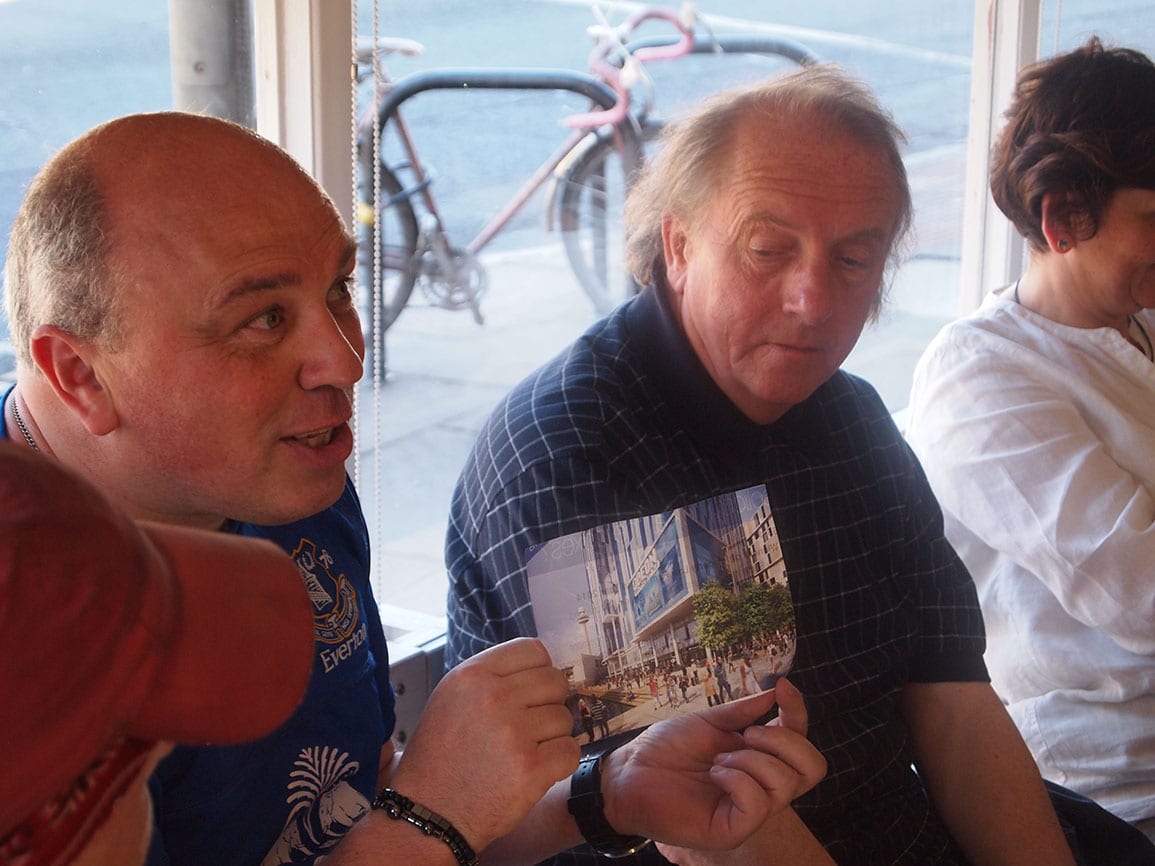 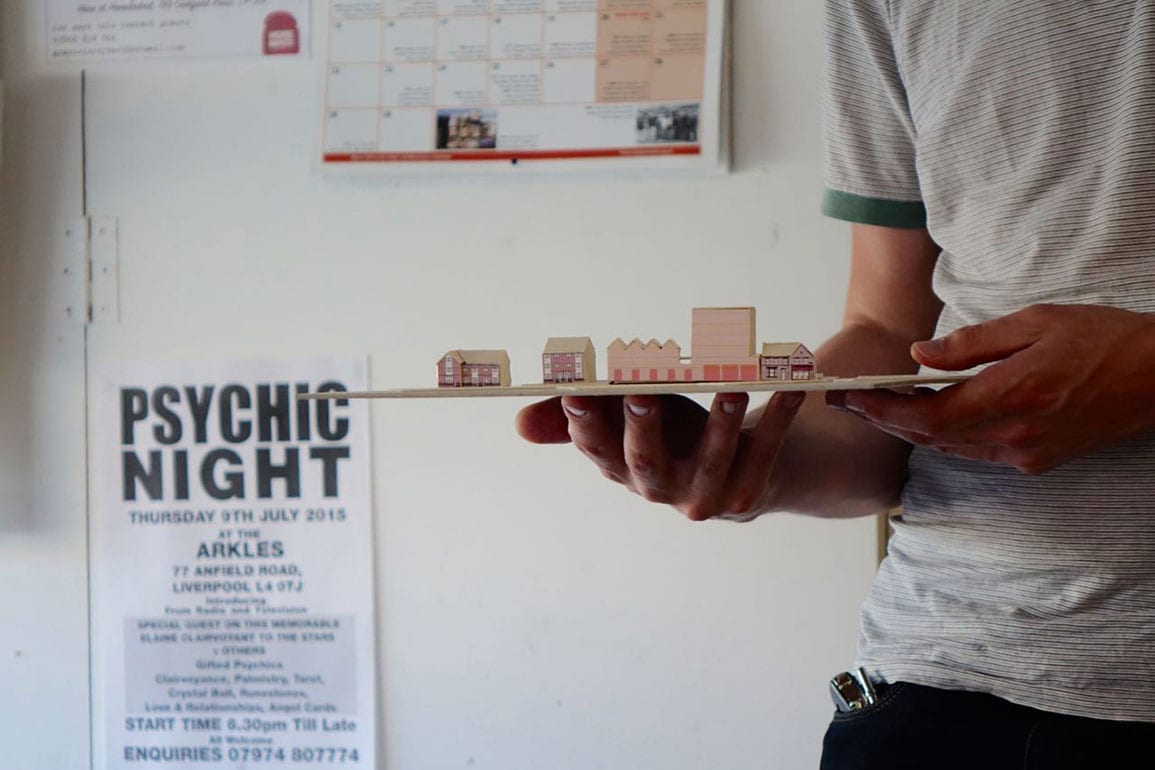 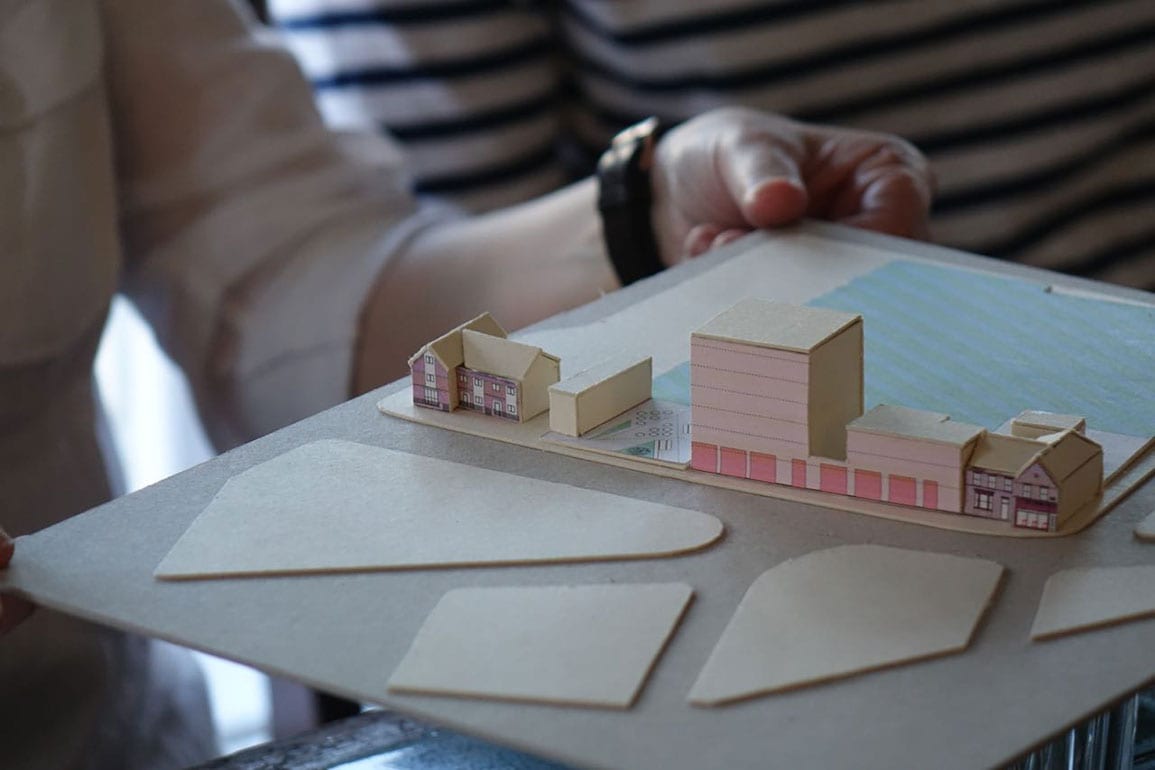 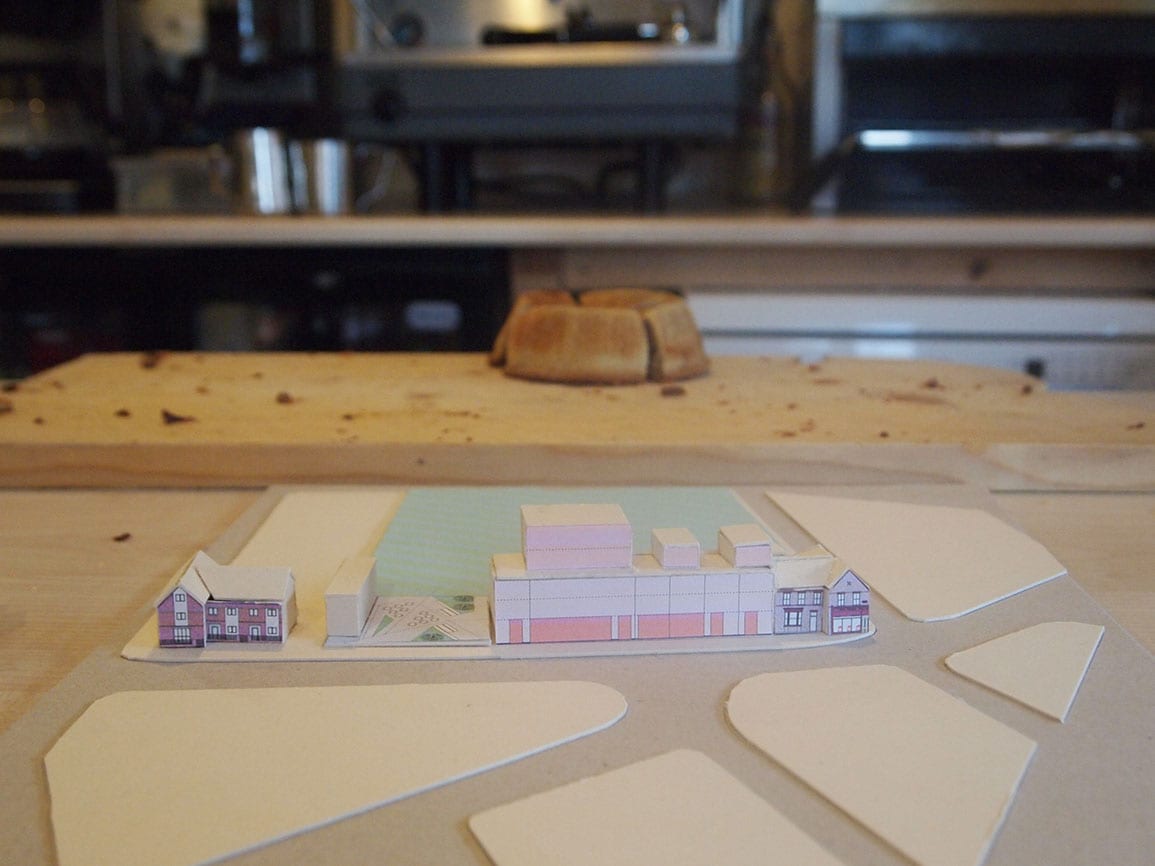 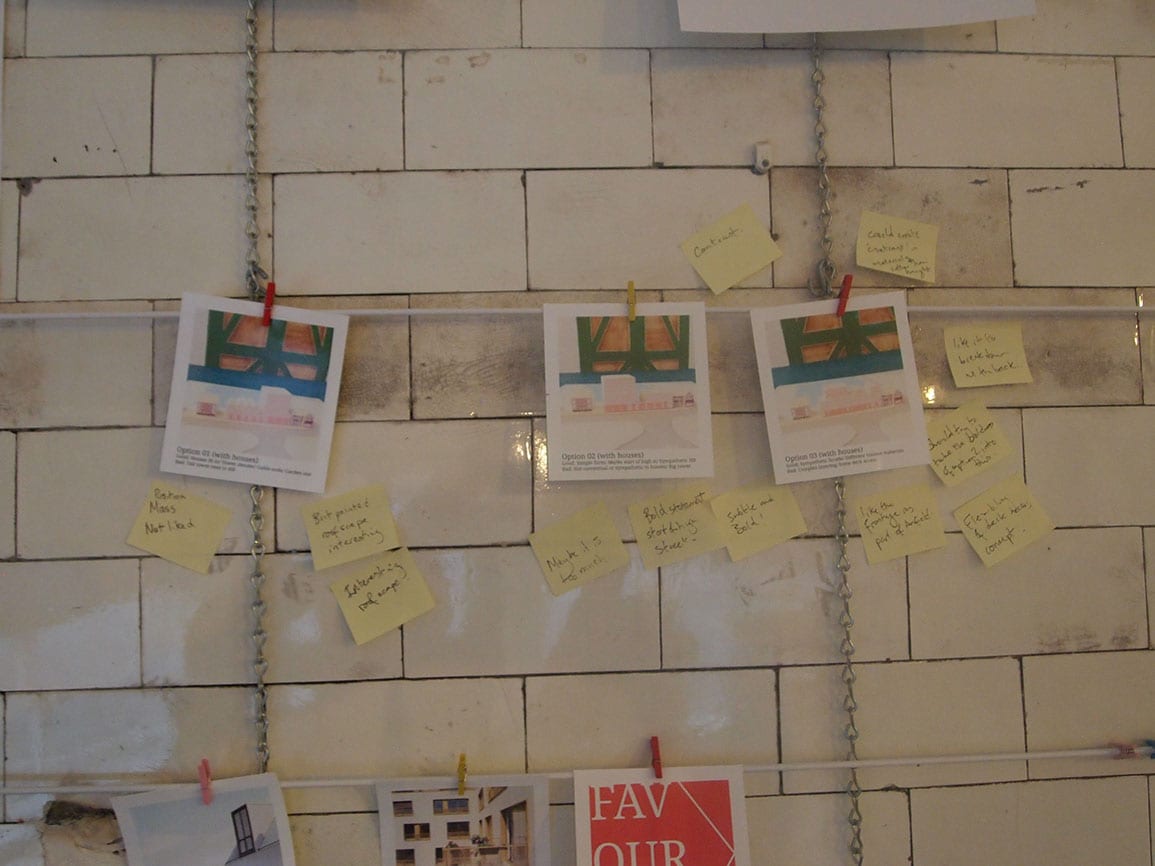 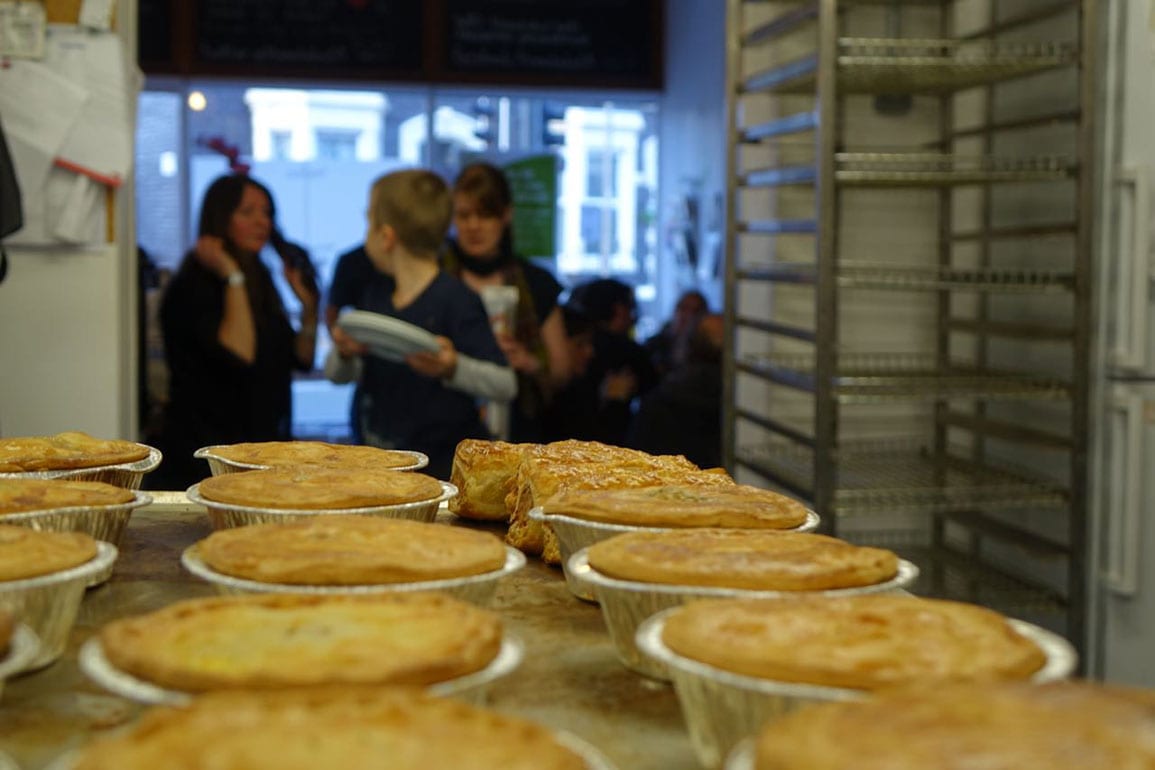